Charlton de Ruiter may be softly spoken but ask him about food and, more specifically, about winning the coveted Woolworths bursary to Silwood Culinary School at the Eat Out awards in November, and it’s hard to get a word in edgewise.

Born and raised in Jamestown outside Stellenbosch, Charlton worked at Woolworths after school, replenishing shelves and working on display windows. He also did the odd waitering gig, which was how he met Overture’s Bertus Basson. Charlton’s mom, who works at Basson’s home, introduced them. “Bertus offered to train me in his kitchen and when I told him I didn’t have any experience, he said we’d start from the beginning,” says Charlton.

This didn’t mean he was a complete novice. Charlton grew up watching his grandmother bake for functions, “stealing with his eyes”, and later made snack platters for family gatherings and sushi to impress his girlfriend.

At Overture, Charlton started at the bottom, peeling onions and vegetables. “I remember chef Adele [Grewar, the head chef ] telling me, the faster I peeled, the faster I’d progress.” And sure enough, Charlton was soon promoted to the cold prep section, working on dishes such as West Coast Memories – deep-fried octopus and oysters with seaweed.

When the opportunity to apply for the bursary arose, it was Bertus who told Charlton to go for it. “I can’t wait,” he says now, “I know it’s going to be hard work, but to get somewhere in life, you have to put in everything.” 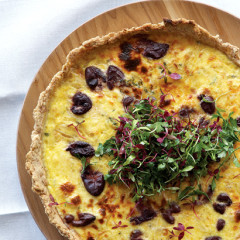 To make the pastry, preheat th… 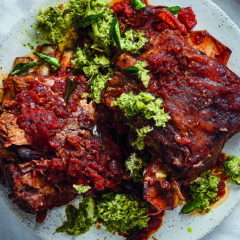 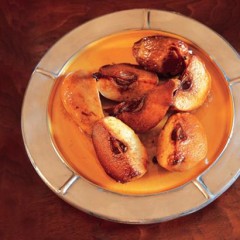