If you think the only places to eat in Joburg are in a mall, think again. 44 Stanley in Milpark has a number of great restaurant options, for everything from coffee to food with soul.

1. For a great coffee at 44 Stanley: Bean There

This local success story prides itself on being South Africa’s first roaster of certified Fairtrade coffee beans. With two cafés in Joburg and one in Cape Town, all the single-origin beans used and sold are sourced directly from farmers in Africa, making a real difference to growers’ lives. It’s a popular “coffice” (coffee shop/ office) for freelancers and has an area for private meetings. Most importantly, the coffee is great. Order your favourite brew, take a seat and watch the friendly baristas in action.

2. For home-style fare: The Leopard Kitchen and Deli

Nick Gordon and Andrea Burgener (above) closed their popular Melville restaurant of the same name and opened it in this new incarnation at 44 Stanley just over a year ago. The same care and commitment to ethical provenance remains at the core of their philosophy, translated into delicious ready meals and deli items that are a lifesaver for local office workers and other time-starved types who still want a decent meal when they get home. Choose from the likes of fish cakes, meatballs, chicken curry, mac and cheese and gnocchi. You can also have anything delivered, in small or party-sized quantities, including the deli items and booze available in store, plus a huge range of dishes, from comfort to posh, that are listed online. It’s everything you need to eat well, responsibly.
leopardfoodcompany.com

Chocolatier Vicki Bain lived in Belgium for 14 years and honed her craft at some of the best in the country. All the chocolates here are made using the best quality Belgian chocolate and some incorporate South African ingredients such as Amarula and Khoisan salt. Purists will love the Intense made using 85% Valrhona chocolate and fresh cream, while those with a sweeter tooth will devour the hazelnut praline. Bean There (see opposite) supplies the coffee beans for the Creamy Coffee truffle, while raspberries are sourced from The Field Berry Farm near Alberton, and pecan and macadamia nuts from Mac Eden Estates near Port Edward in KZN. The shop has a small seating area where customers can enjoy a coffee or hot chocolate while savouring their stash.
chocoloza.co.za

4. For a life-saving breakfast or lunch: Salvation Café

A favourite breakfast and lunch spot at 44 Stanley among business people, families and hipsters, expect everything from fruit salad and eggs any way you like them, to pancakes, French toast (sweet or savoury), various Benedicts and breakfast burritos. Lunch offers the likes of burgers, substantial salads, sandwiches and wraps, fish cakes and the delicious-sounding BBQ pork belly roll. There’s also a deli that offers a smaller menu for sit down or takeaway, as well as a salad bar where you’re invited to “choose your salvation” and add a protein or dressing if you’re in need of extra help. It also sells quirky homeware and foodie products that are difficult to refuse.
salvationcafe.co.za

5. For food with soul: Calexico Vinyl Lounge and Restaurant

Great music, craft booze and good food is a trio that’s hard to beat. Business partners Larry (below right) and Annie Hodes and Ginny Vacy-Lyle (below left), who with her husband, Mike, were regulars at the space’s previous incarnation as the hugely popular Stanley Beer Yard, are crazy about all three. The two couples joined forces last year to transform the Beer Yard into an Americana-themed restaurant and bar. Named after Larry and Mike’s favourite indie band and a small town in California near the Mexican border, both of which inspired the vibe and the menu, the spot’s new Mexicali-style menu offers the likes of smoky pork ribs and rotisserie chickens with sides such as charred corn, tortilla chips and hot artichoke-and-jalapeño dip, all designed for sharing. Mike is the serious muso in the group – he’s been known to spin discs on viyl nights on Thursdays and Fridays – and loves seeing patrons settling in on the couches listening to live music or sampling the extensive vinyl collection. As their motto says, “real music never gets old”.
facebook.com/CaleXico Vinyl Lounge and Restaurant

6. For the best breads and pastries: Vovo Telo

The 44 Stanley store was the first in the Joburg Vovo Telo stable, and still delivers all the baked goodness it’s become known for. Owner Sandra Turanjanin is genuinely passionate about her work and it shows in the food and service. Regulars and new customers alike flock to the rustically decorated space for freshly baked loaves, pastries and hearty breakfasts (served with house-made sourdough, ciabatta, rye or a bagel). It’s also a popular spot for lunch with sandwiches (both classic and gourmet) taking top spot. Choose from the likes of pastrami on rye or chicken mayo, or go all out with chicken schnitzel with Boerenkaas, shredded cabbage and coriander aïoli. There are also pissaladières (a French “pizza” made with a ciabatta or low-carb cauliflower base) with toppings such as caramelised pear, Gypsy ham and Camembert, and salads if you’re that way inclined. If you’re after something sweet, try a waffle or a slice or cake from the harvest table.
vovotelo.co.za

7. For fresh fare (and functions): Il Giardino and The Room

You’d be forgiven for thinking you’re in Tuscany or France when you sit down in this shady 44 Stanley courtyard, which is a popular spot year round, with wrought iron tables and fresh flowers setting the scene. There is also an indoor space, The Room, which is a favourite for private functions often hosted here. All the food is made using the freshest ingredients, and the wine list features some exclusive bottles. The menu includes breakfast options such as oats with poached pears (below left), while lunch offerings range from pizzas with interesting toppings (try the leg of lamb with dates and apricot), to pastas, burgers, curry, fish and chicken. There’s also Prosecco and gin and tonic on tap.
ilgiardino.co.za

TASTE's senior copy editor keeps a stash of olive oil, balsamic vinegar, salt, pepper and honey at her desk and can always be relied upon to save colleagues from bland meals. When she's not correcting spelling mistakes and tidying up dangling participles, she loves trying out new products at Woolies and believes that most situations can be improved with a good cup of coffee or a glass of bubbly. 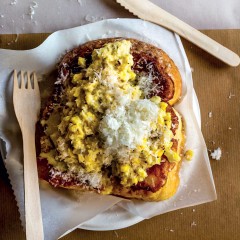 Whisk together the eggs, cream… 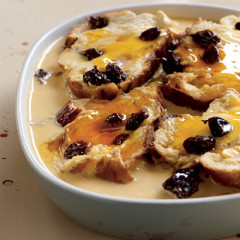 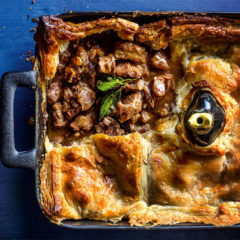 Error: API requests are being delayed. New posts will not be retrieved for at least 5 minutes.