Sweetcorn, cheddar and caramelised onion marmalade
Spread butter on one side of a few slices of white bread. Combine half a can sweetcorn with 1 cup of grated mature Cheddar, 2 T chopped chives and salt and pepper to taste. Spread a layer of the mixture onto the unbuttered side of the bread and top with a dollop of Woolworths’ caramelised onion marmalade. Top with the remaining slices of bread and braai over medium coals until golden brown and crunchy. Serve hot topped with a pile of fresh wild rocket.

Chocolate and banana
Butter one side of a few slices of white bread, or, if you want to try something different, halve a few cinnamon buns or sliced mosbolletjies and spread butter onto the crusts. Generously spread the unbuttered sides with Woolworths’ chocolate and hazelnut spread and top with sliced banana. Sandwich and braai over mild coals until crunchy and golden.

Biltong, cream cheese and Peppadews
Mix 250 g smooth cream cheese with 100 g grated biltong. Butter one side of a few thick slices of white bread. Spread the mixture onto the unbuttered sides of the bread and divide 50 g sliced Peppadew between the broodjies. Finish with a generous amount of freshly ground black pepper. Sandwich and braai over mild coals until golden brown. Serve hot with a handful of fresh watercress.

Cheese, tomato and red onion
Butter thick slices of white bread on one side. Place thick slices of your favourite cheese, such as Woolworths’ Royal Ashton, on the unbuttered sides. Top with slices of tomato and thin red onion rings, season and sandwich. Sometimes I like to add a teaspoon of Woolworths’ basil pesto before closing them up. Braai over mild coals until the cheese has melted.

Spinach, feta and bacon
Braai or pan-fry 250 g Woolworths’ streaky wood-smoked bacon until crispy. Cook 500 g rinsed and shredded spinach in a pan with 50 g butter and season with salt and pepper, as well as 2 cloves crushed garlic and 1/2 t ground nutmeg. When wilted, squeeze out any excess liquid. Chop finely and place in a bowl. Sprinkle with 2 crumbled rounds of feta and combine. Divide between slices of buttered white bread and top with the bacon. Sandwich and braai until golden. Serve hot. 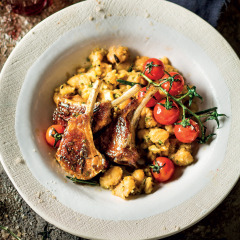 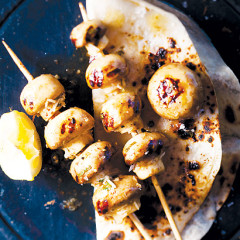 Heat a griddle pan over a high… 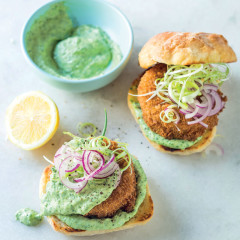