And for best results, saltiness needs to balanced with sweet and sour notes. See our tips on sweet, sour and spicy staples.

A sauce made from fermented anchovies, salt and water and used widely in southeast Asian food.
Try: Coconut-and-ginger pork mince with sriracha and noodles

Traditionally, oyster sauce was made in China by slowly simmering oysters in water until the juices caramelised into a thick, brown, flavourful sauce. Today, it’s often made with a base of sugar and salt, thickened with corn flour and seasoned with oyster extract or essence.
Try: Chinese beef stir fry

A salty paste made from fermented ground shrimp and salt used in Korean kimchi, dipping sauces and curries, as well as in southern Chinese and southeast Asian dishes.
Try: Seafood laksa

Made from the fermented paste of boiled soya beans, roasted wheat, salt and water, it’s used in eastern and southeast Asian cooking and as a condiment.
Try: Chinese-poached chicken in aromatics

Originally from Japan, this thick mixture of soya sauce, mirin and sugar is used in the teriyaki cooking technique in which fish or meat is glazed with the sauce and broiled or grilled. It also makes a great marinade for red meat.Try: Easy to wok veggies with seared Asian prawn skewers

Back to Asian pantry staples 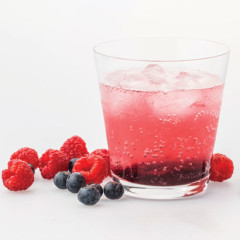 Place the berries and caster s… 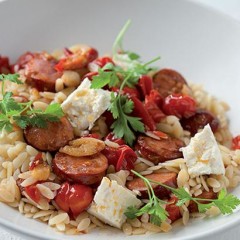 Place a pan over a medium to h…

Peel and finely chop the onion…