What are the new ingredients, flavours and dishes to look out for on shelves and restaurant menus this year? Abigail Donnelly predicts the future of food and we hope it tastes this good.

The humble chicken wing is an eternal crowd favourite but there’s always room for improvement, right? Start looking for deboned stuffed wings on local restaurant menus this year. Abigail’s favourite way to make them is filled with pork or chicken mince seasoned with lemongrass, then doused in a smoky David Chang-inspired sauce. (If you’re in a flap about all that deboning, simply serve the sauce with regular grilled or crumbed wings instead. No judgement, seriously.) 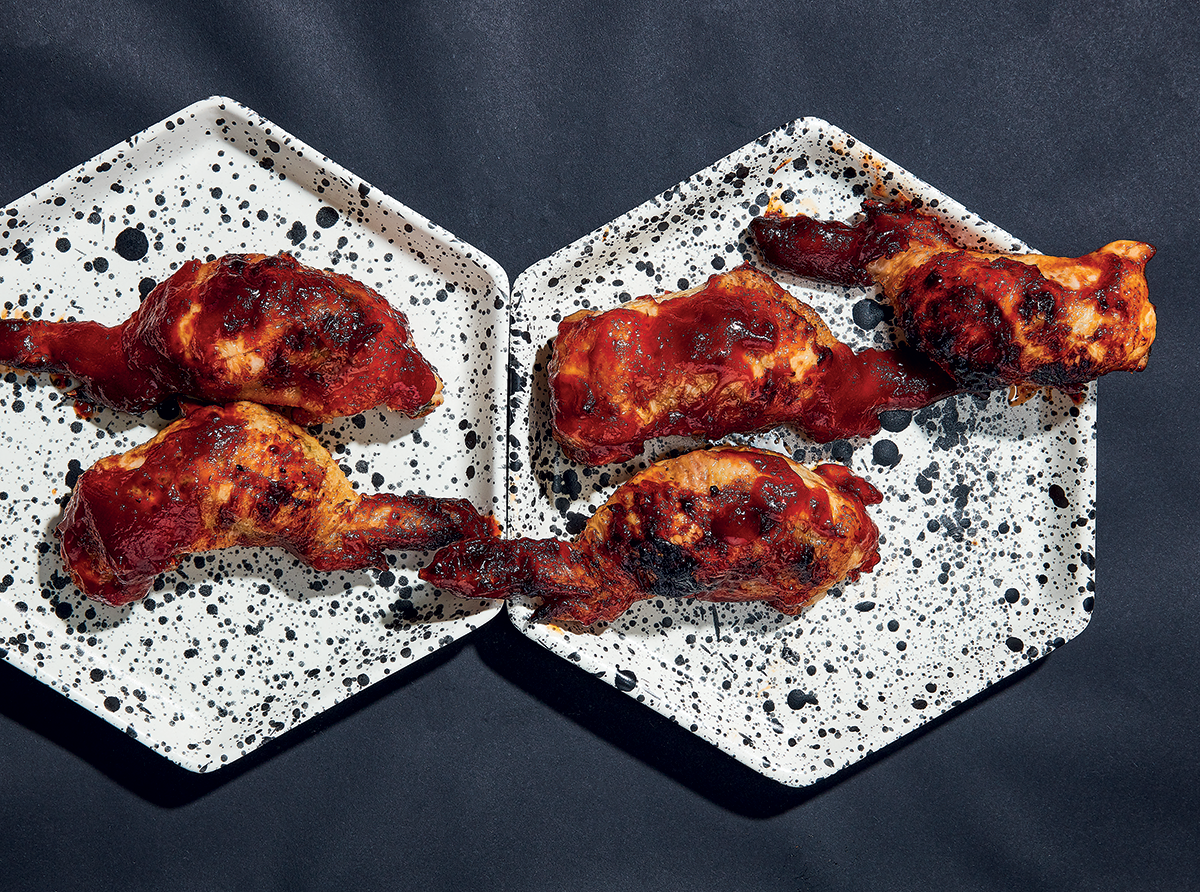 If canned chickpeas have never been one of your pantry staples, resolve here and now to never be caught without them again. Not only are they an essential ingredient in countless plant-based recipes, from curries to salads and soups, they’re also about to become a breakfast standby in your house – cleverly turned into a moreish chickpea “butter” used to top pancakes or waffles. Here at TASTE HQ, we’re always on the hunt for new sandwich ideas and couldn’t resist dolloping it onto slices of Woolies’ new raisin bread, which is made with stoneground flour. It’s the new almond butter. You heard it here first.
Get the recipe: Vegan chickpea butter 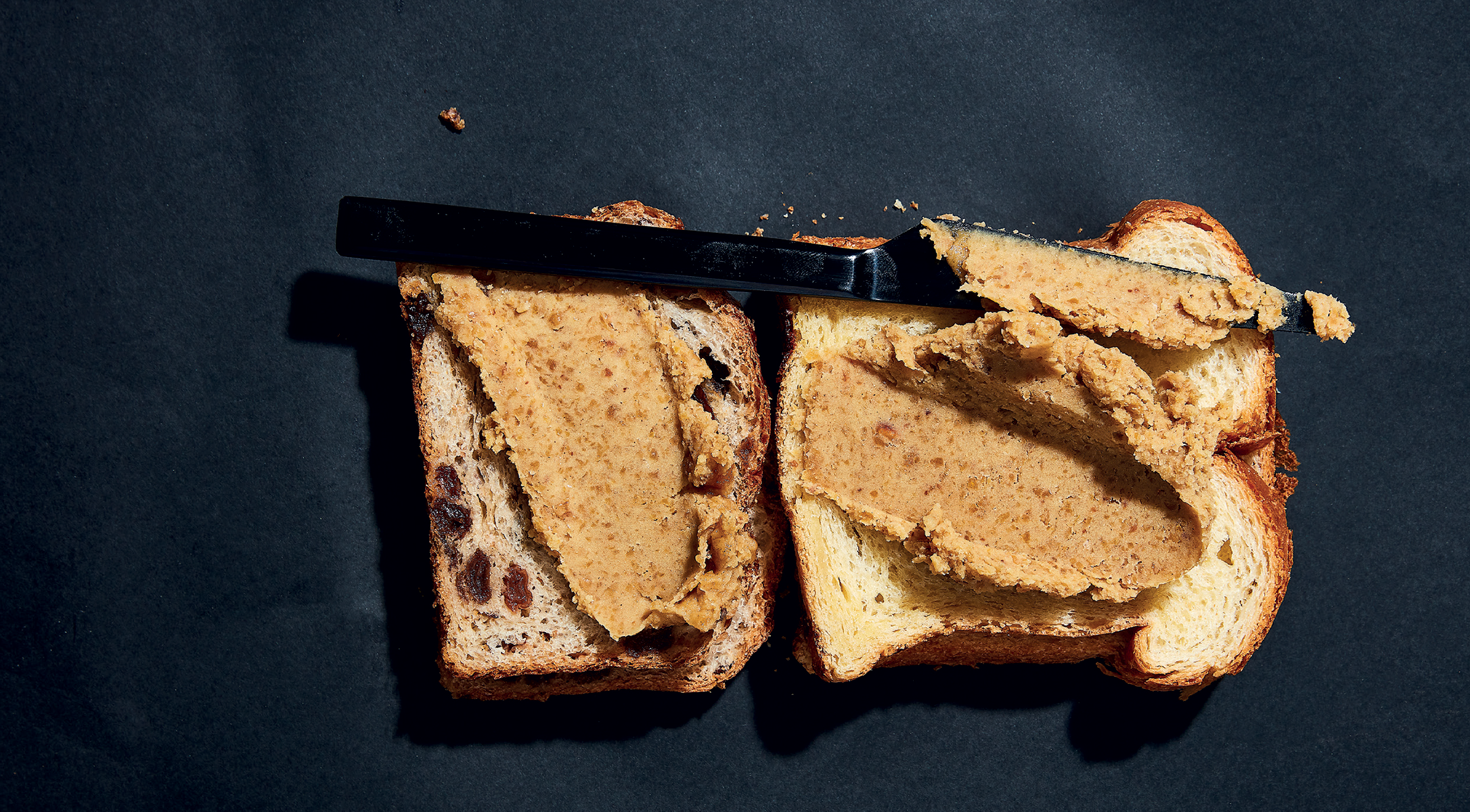 Sour is the flavour of the year and the tartly flavoured, vibrantly coloured hibiscus – which has superstar status in Latin American food and drink right now – is how to get your fix. Available at delis in various forms, from dried or preserved in syrup to dehydrated powder, hibiscus can be used to add citrus-like flavour to cocktails, sauces, meat glazes, rubs and chutneys – or to give your next hot-milk sponge a makeover. While you’re at it, add your favourite tea to the batter – plain cakes scented with oolong, rooibos, chai and Earl Grey are having a moment.
Get the recipe: Earl Grey hot milk sponge with hibiscus icing 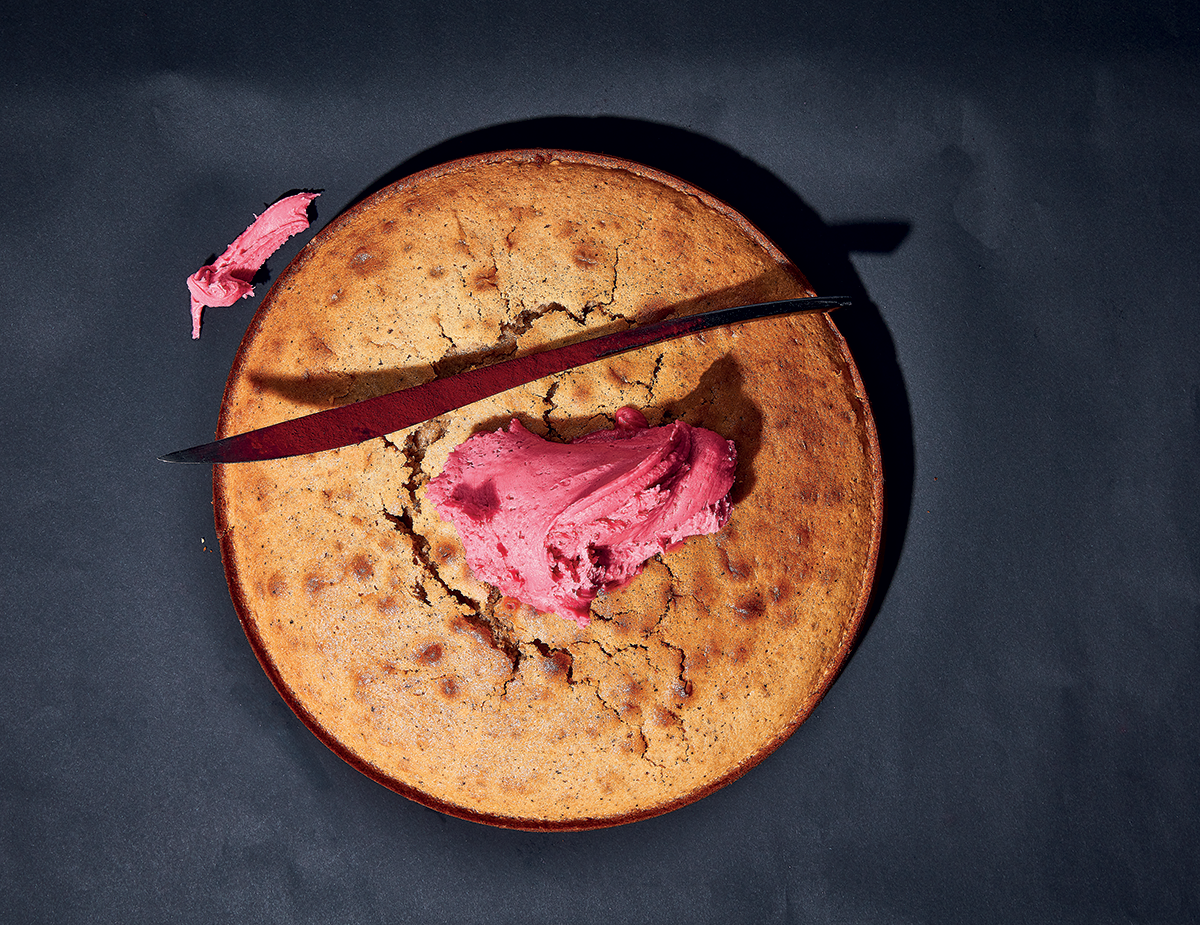 Abigail knew she’d stumbled across “a thing” last year when she spotted the queues outside Melbourne restaurant Smith & Daughters, where there’s not a morsel of meat on the menu. “They’re known for their super- cool, super-satisfying vegan food. The chefs recreate the textures of meat and fish using vegetables.” Think “calamari” noodle rings, soya Bolognese and a cabbage “crab” cake with lemon, cumin, lime zest and desiccated coconut crumbs. “Crumbed everything is trending now, and desiccated coconut is a fantastic gluten-free alternative.” Abi flew straight home to create her own version of the famous “crab” cake from Oz. We’re not complaining.
Get the recipe: Vegan ‘crab’ cakes 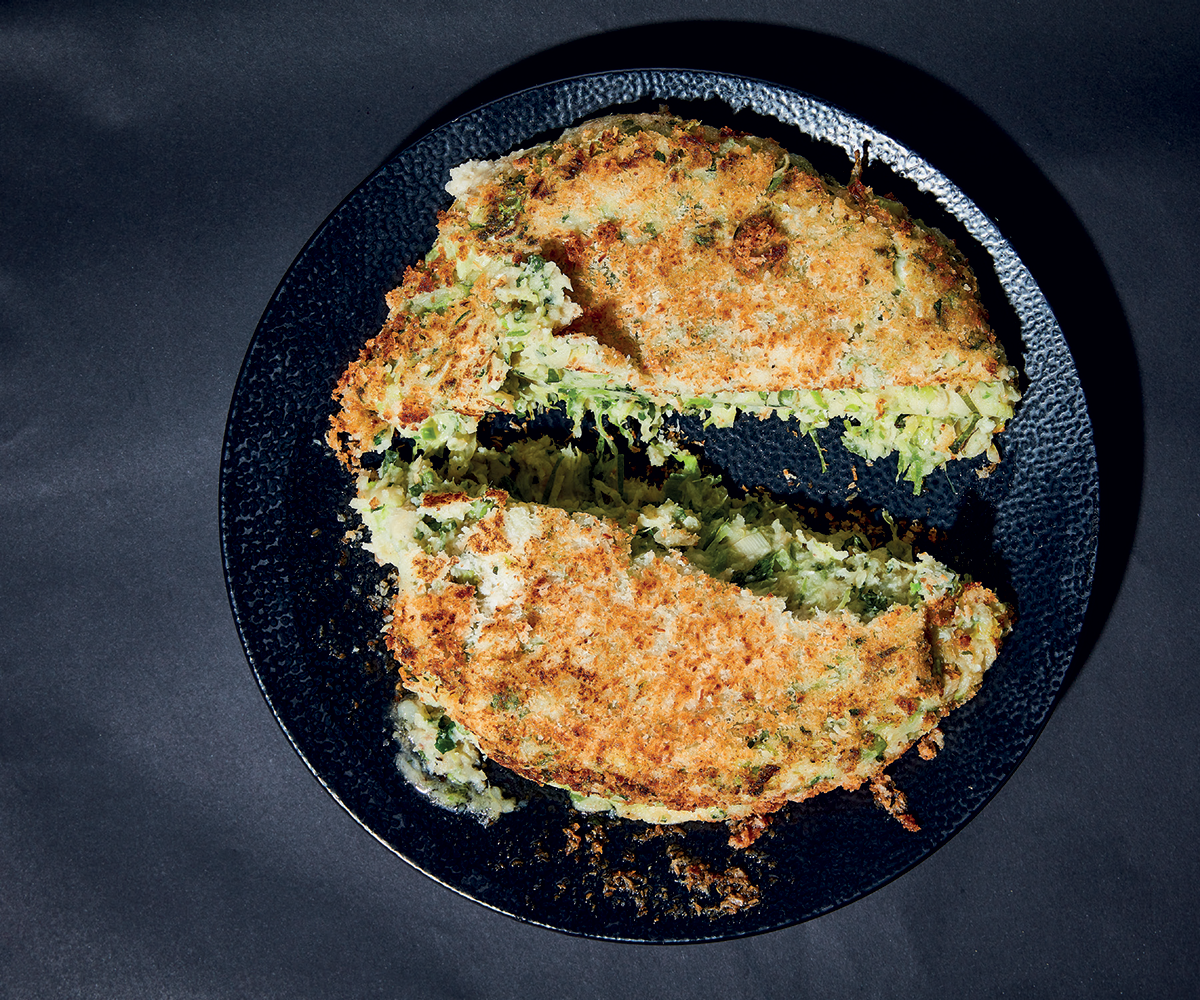 You will make firm friends with your mandoline this year – an essential tool for making paper- thin shingles (coins or discs) of veggies and fruit. “Shingles are a really easy and simple way to take your plating to the next level,” says Abigail. “All you need is a few vibrantly coloured ingredients – try beetroots, radishes and red onions. Shave them into delicate translucent slices and colour-block them on the plate for visual impact.” Serve with vegan-friendly toum – a Lebanese garlic sauce. Toum contains no eggs or yoghurt so can be kept in the fridge for up to a month. It’s great for adding instant flavour to veggies, pastas and grilled meat. Mayo? So last century.
Get the recipe: Lebanese toum 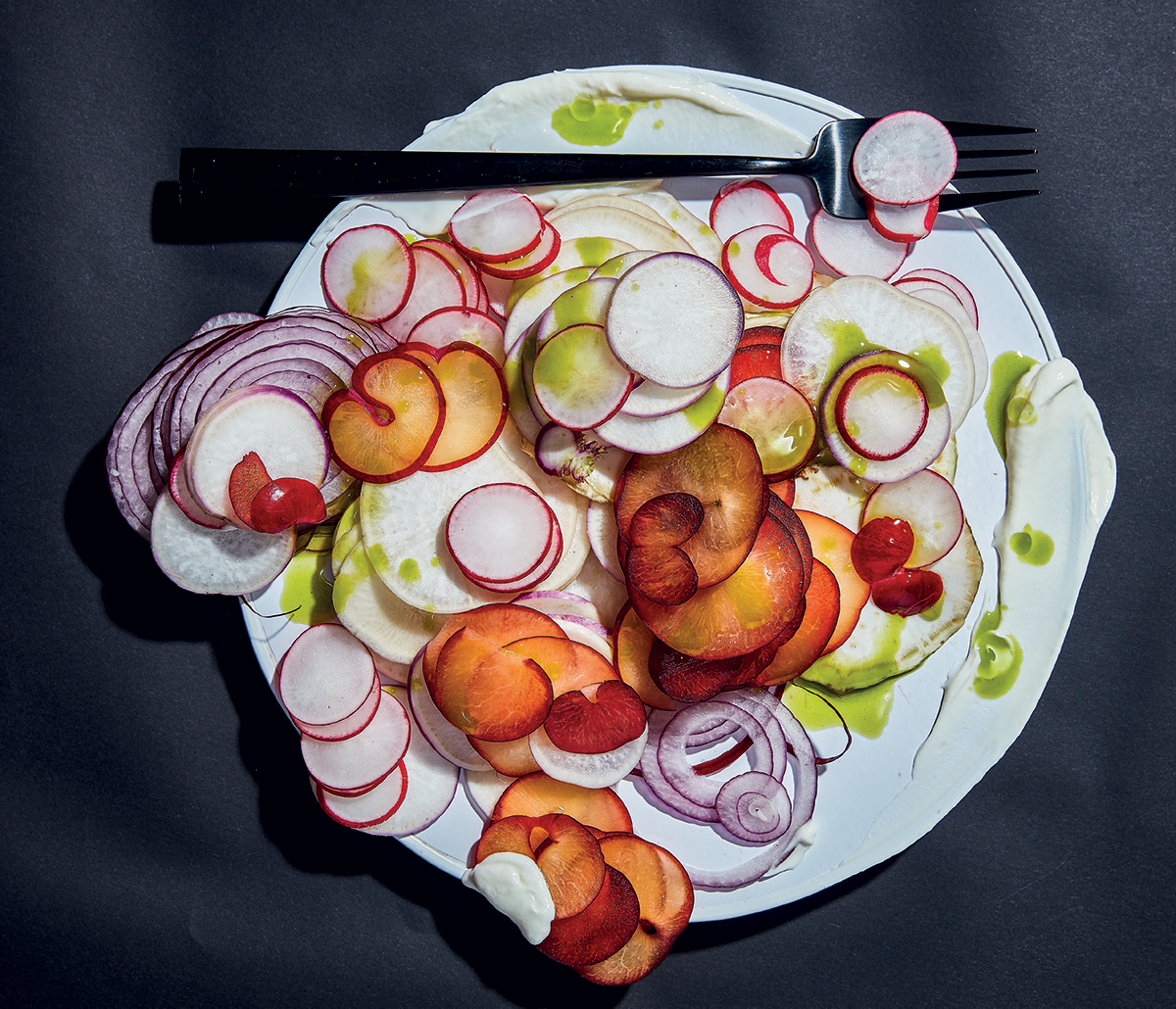 Had enough of pulled pork in everything? Try succulent barbacoa instead. It’s a traditional Mexican dish in which meat (beef cheek, mutton or goat) is wrapped in maguey (agave) or banana leaves, then slowly steamed in an underground oven until falling apart and easy to shred. Make your own smoky version using beef brisket and serve the meat in blue corn tortillas for on- trend tacos. (Insider’s tip: Blue corn, a lesser-known variety from Mexico, contains more protein and less starch than its yellow counterpart.) You’ll find it in various incarnations, including nachos and tortillas, at delis and Mexican eateries including El Burro in Cape Town’s Green Point.
Get the recipe: Beef brisket barbacoa 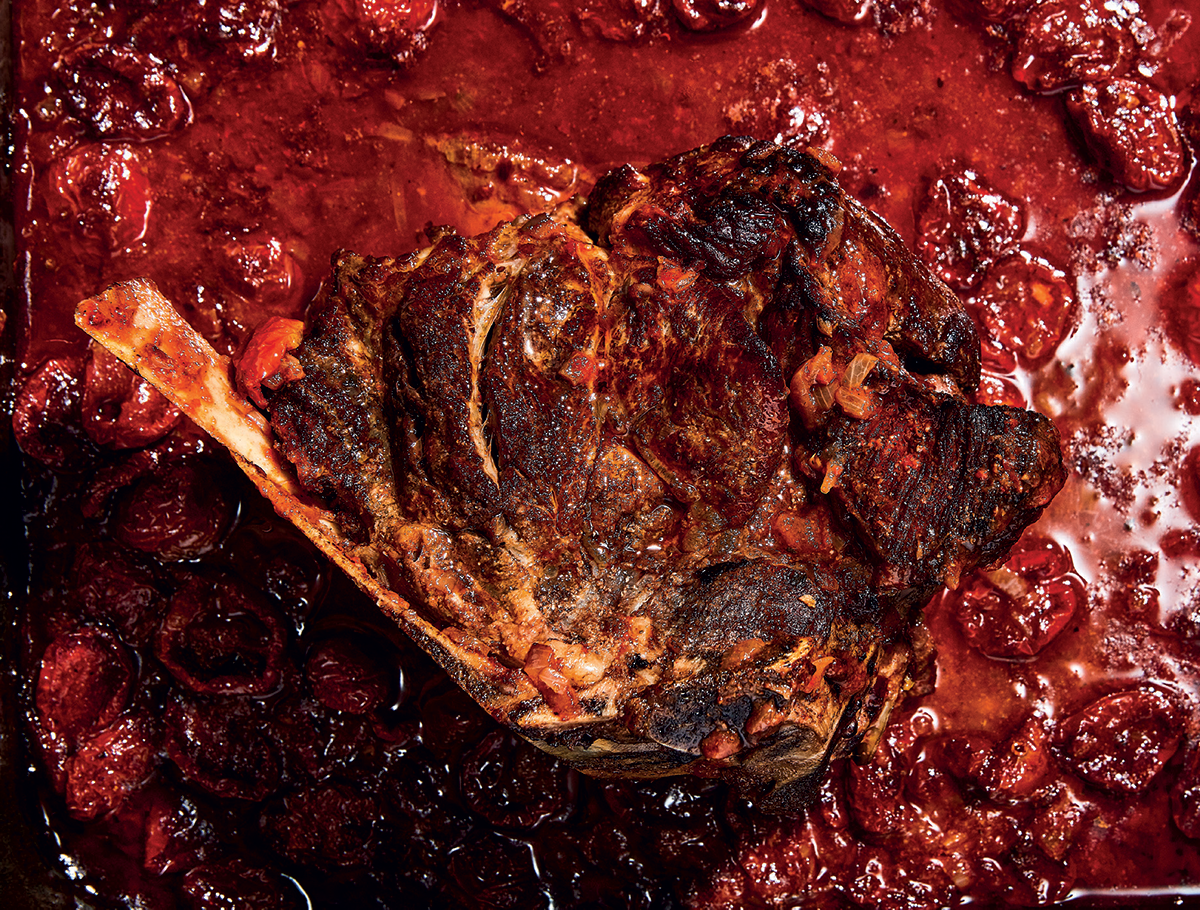 Our yearning for nostalgic food is endless, but we’ve got no problem giving old favourites a fresh update. Case in point: the humble crumpet is being reinvented in unexpected ways by the likes of Marcus Wareing and Yotam Ottolenghi (the crumpet lobster toast on the menu at Rovi is already Insta-famous). TASTE decided to take its tea-times up a notch or two with a crumpet-meets-scone recipe that includes yeast (expect a beautiful bready result) and pea protein powder. You’ve probably spotted the latter in smoothie mixes, where it’s used for its high protein content, but did you know you can use it to reduce (sometimes even replace) the flour in many recipes? We did just that in our pea protein crumpets and couldn’t wait to slather on tart tamarind butter.
Get the recipe: Pea protein crumpet with tamarind butter 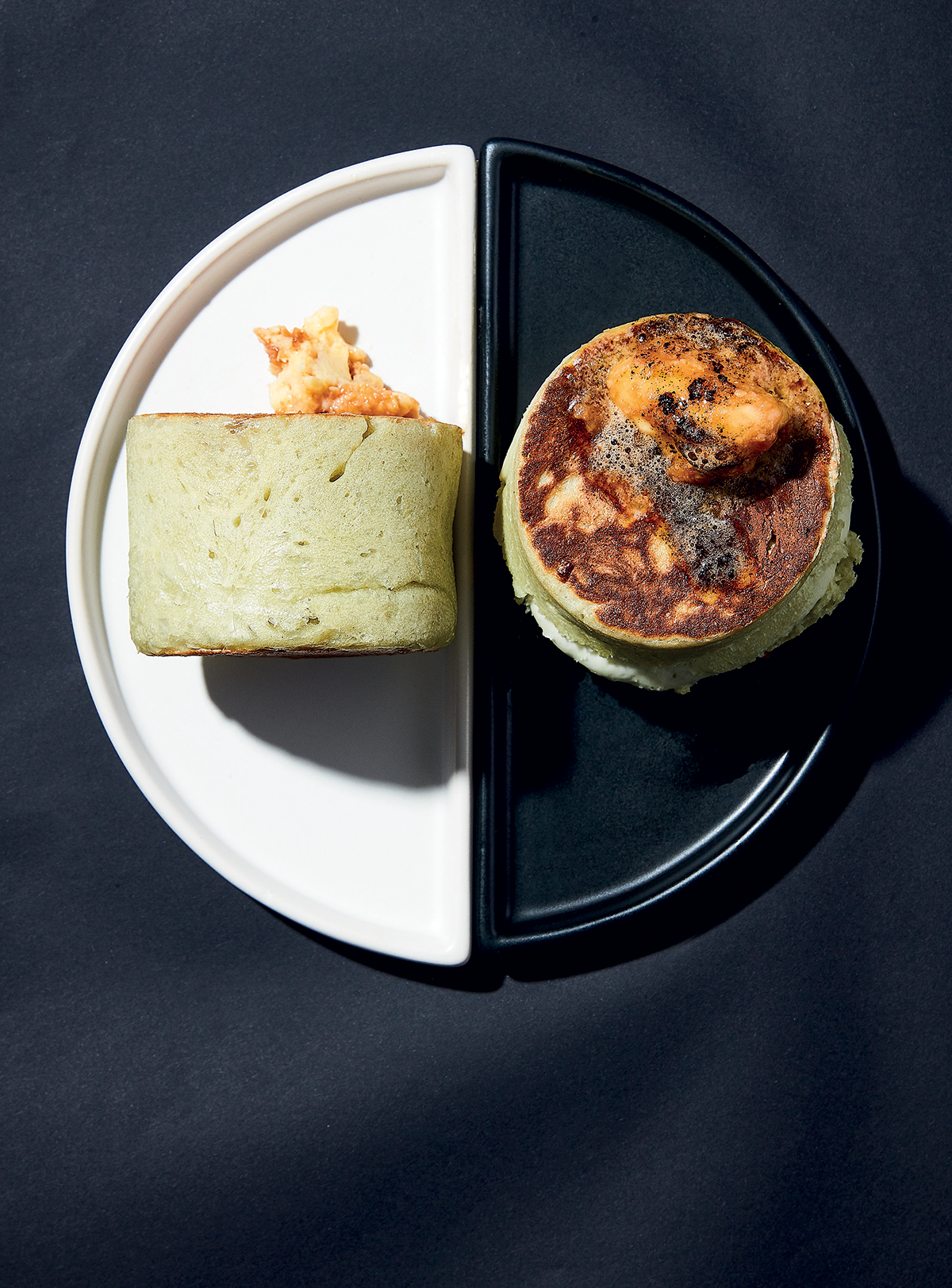 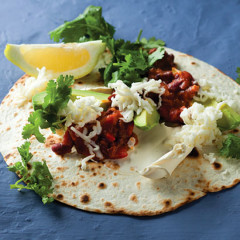 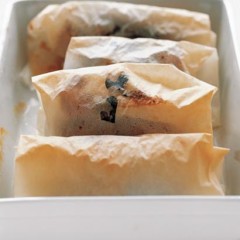 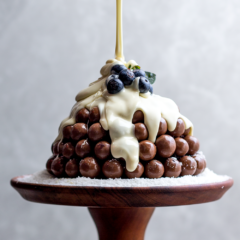