Working at a food magazine has it advantages. One, we regularly get to taste the delicious creations made by Food Editor Abigail Donnelly. Two, we’re privy to the low-down on which ingredients and dishes are making waves in the culinary world.

One such ingredient that I’ve been meaning to try out ever since Abi hailed it as a must-have in your kitchen cupboard is the spice called sumac. With Middle Eastern food being a huge trend at the moment, those in the know advise that sumac is indispensible if you want to dabble in this particular cuisine. For the uninitiated, the purplish-reddish spice is made by grinding sumac dried berries that grow in clusters.

I’d never had it before, so in the interest of research, I bought the spice and promptly had a teaspoonful. I would not necessarily recommend the former folly as the effect on your salivary glands is not unlike the experience one has when taking part in the internet-spawned cinnamon challenge. My first impressions were that it’s definitely tart, making your jaws seize up a little, it’s a bit fruity and a little lemony. The aforementioned attribute makes sense, since a bit of further research taught me that you can substitute sumac with lemon juice if you can’t find any.

I also read that sumac is quite delicious sprinkled on roast veggies, so that’s what I did. I chose brinjal, shallots and peppers and, once tender and slightly charred, mixed them with some couscous and olive oil. I was pleasantly surprised and can’t wait to try it with some roast lamb, when the occasion next calls for it. Of course, there are plenty of recipes featuring the spice on our website should you need a bit of inspiration. Herewith, my pick of recipes I’d love to try out, now that I have some sumac at the ready: 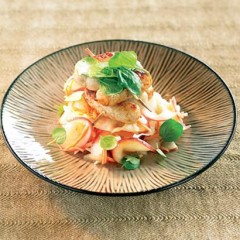 Cut the sausages into short pi… 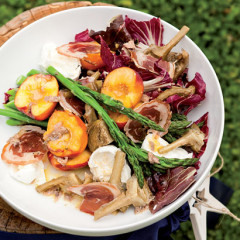 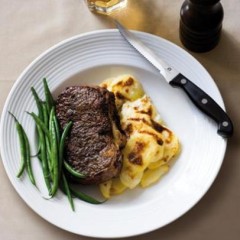 Clemengolds might be perfect to eat as is, but did

Soups for winter might not be the most ground-brea

Tried your hand at making your own rusks recently?

If your birthday is taking place during lockdown,

If you needed a little inspiration for your Sunday

What’s your favourite way to bulk up Bolognese?

When we asked @naqiyah_mayat to give us some chill

After a couple months of lockdown, how are you feeling about cooking?