Born and raised in Soweto, Lesego Semenya started out in the business world as a process engineer before pursuing his dream of cooking. After studying at Prue Leith Chef’s Academy in Centurion, he went on to work in professional kitchens, including Richard Branson’s Sabi Sands, and took on several high-profile catering jobs. He has appeared on several TV shows, including Top Chef South Africa, and was an influencer for numerous brands. He credited his mother, Gloria, with his love of food.

He was the author of a best-selling cookbook Dijo and was perhaps best known for his recipes championing heritage ingredients. In recent columns for TASTE, he wrote about mageu, sorghum, ting and tshotlho, always adding a contemporary twist to the flavours and ingredients he grew up with. He produced several videos with TASTE over the years, but since lockdown 2020 he had been producing monthly recipe videos.

The TASTE team was devastated to learn of his passing.

“The last time I worked with Lesego was over Easter when he starred in a cooking show for Woolies. He cooked with Anele and both their larger-than-life personalities had the crew in hysterics as they cooked gourmet boerie rolls and chocolate marshmallow Easter egg jaffles. Lesego was funny, generous, sincere and kind and I will treasure all his recipes always. I am so grateful that I had the privilege of working with him.” – Abigail Donnelly, food director

“During hard lockdown last year, I contacted Lesego to produce cooking videos for us. As restrictions at the time made sending a cameraman impossible, he gamely agreed to film himself while presenting. I still remember that first shoot – I was trying to direct via Zoom, but the laptop’s speaker didn’t work, so I had to wave frantically and then he’d stop, come over and plug in the headphones to see what I wanted. It was a hysterical process – and in the end we had to re-record the sound – but Lesego laughed through it all and was unendingly patient. That’s how he was: a huge, warm spirit. He felt in his heart the importance of celebrating heritage ingredients and building pride in South African food. It was a great honour to be able to work with him on this incredibly important area. He had so much more to say, but even so, he leaves an incredible legacy of flavour-packed recipes that make one proud to be South African. I can’t believe he’s gone so soon.” – Katharine Pope, head of digital content

“I met Les last year and we quickly developed a great working team to create some fun content for TASTE. We always had a laugh and he would send me home with my dedicated Tupperware containing some of the day’s goodies he had prepared. What a fantastic guy. I’m happy I got to work with him and am sure we would have developed a long-lasting working relationship and friendship. My condolences to his friends and family. He was a great spirit and will he missed.” – Fred Wollner, videographer

“We shot a video at my house one day. It was the first and only time I met Les. He made delicious umngqusho risotto, a spin on a dish his mom used to make. He was so warm and friendly. We swapped stories about Honey and Porridge (our dogs). He was incredibly talented, so proud of his heritage and has been taken far, far, far too soon. My thoughts are with his friends and family and everyone whose life he touched.” – Romy Wilson, videographer

“Lesego radiated joy, he really loved food. His videos made you long for home and your mom’s cooking, the nostalgia of it always got to me. Such a real soul. It’s a huge loss, not only for his friends and family and fur kids, but also for the industry.” – Liesl Nicholson, group managing editor

“Lesego was always such a consummate professional, a dedicated and talented chef, what an absolute pleasure he was to work with. Always ready to help, always such a gentleman. What a loss to our industry. Sending love and light to everyone who loved him. May his soul rest in peace.” – Mogau Seshoene, best-selling author, chef and TASTE food contributor

“I never had the privilege of working with Les personally, but I did see the joy his TASTEtube videos brought to the TASTE online community. Every time we posted one of Les’s videos, the comments section would go crazy, praising him for his recipes, questioning the innovative twists he made to them, and expressing their nostalgia for the dishes he prepared. He always engaged with the community, and always had time for his followers, answering all their cooking questions and sharing cooking advice. The outpouring of love and support the community shared with us after the news of his passing is testament to his incredible impact in the industry. He brought his heritage to the forefront with his recipes, and this resonated with people who felt seen and represented. His legacy will live on in his recipes and videos that I, like so many, will treasure.” – Annzra Denita, online editor

“I was fortunate to work with Les a few years ago when we shot some braai videos for Woolworths. A brief experience, but he made a massive impression. It was quite a challenging day: we had to create “outside” braai videos, but the shoot was in August and, naturally for Cape Town, it was storming, pouring with rain. Les was such a good sport about the whole thing and kept his sense of humour and composure even while he was getting dripping wet and great gusts of wind were wreaking havoc with his braai set-up. He was the real deal – professional, knowledgeable, compassionate, friendly and down to earth. A gentle giant of a man who will be much missed.” – Jeanne Calitz, commercial projects editor

“It was an absolute privilege and honour to work with Lesego. I first met him on a rooftop braai shoot for Woolworths in Johannesburg, way out of my depth, styling for both Lesego and J-Something in a city that was not my own, on location and with a big crew! Lesego greeted me with warmth, patience and, of course, that incredible smile! I worked with him several times since then and he was the same generous and beautiful person each time. Lesego’s hand-crushed chimichurri from another braai shoot is one of my favourite recipes, every time I make it I will think of him! What a titan amongst men! I have no doubt that whoever was lucky enough to meet Lesego was touched in some way.” – Hannah Lewry, contributing food editor

“I never met Les personally, but I always felt like he would have been a great person to know in real life. Editing his work reminded me of food I had known as a child; he made me feel such incredible nostalgia and proud to be South African. Our country has lost one of its brightest stars. Rest easy, Les. We miss you.” – Lynda Ingham-Brown, chief copy editor 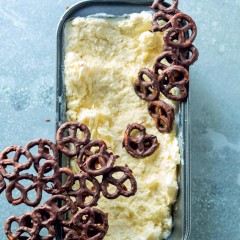 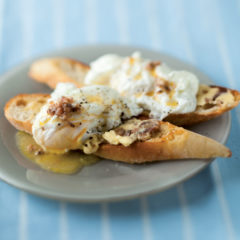 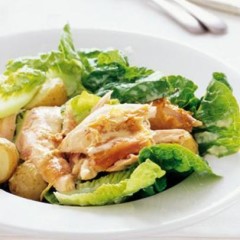 To make the dressing: Blend to…

Want to know the secret to making insanely good hu