The former bursary winners made use of a pantry only stocked with essentials, and were given just 20 minutes to think of recipe ideas before they started cooking. Read on to find out what culinary creations they dazzled us with.

It’s certainly been a wild and, frankly, sometimes daunting ride for Thozi, since winning the bursary in 2014. Leaving his job as an office cleaner, he was thrown head-first into a world of foreign food terminology and complicated cooking techniques at the Silwood School of Cookery, but as soon as he made his first batch of flawless crêpes, he knew he’d be okay. Currently, he’s cooking under chefs Scott Kirton and Glen Williams at fine-dining restaurant Foxcroft in Constantia, his last in-service placement before graduation. “Walking into the kitchen immediately gives me energy,” says Thozi. “I’m learning new things every day from Glen and Scott; it’s such a supportive environment. My favourite part is having diners come to the pass of the open kitchen and telling us they enjoyed the meal. It really motivates me. I can see my future unfolding. It really is like a dream coming true.” 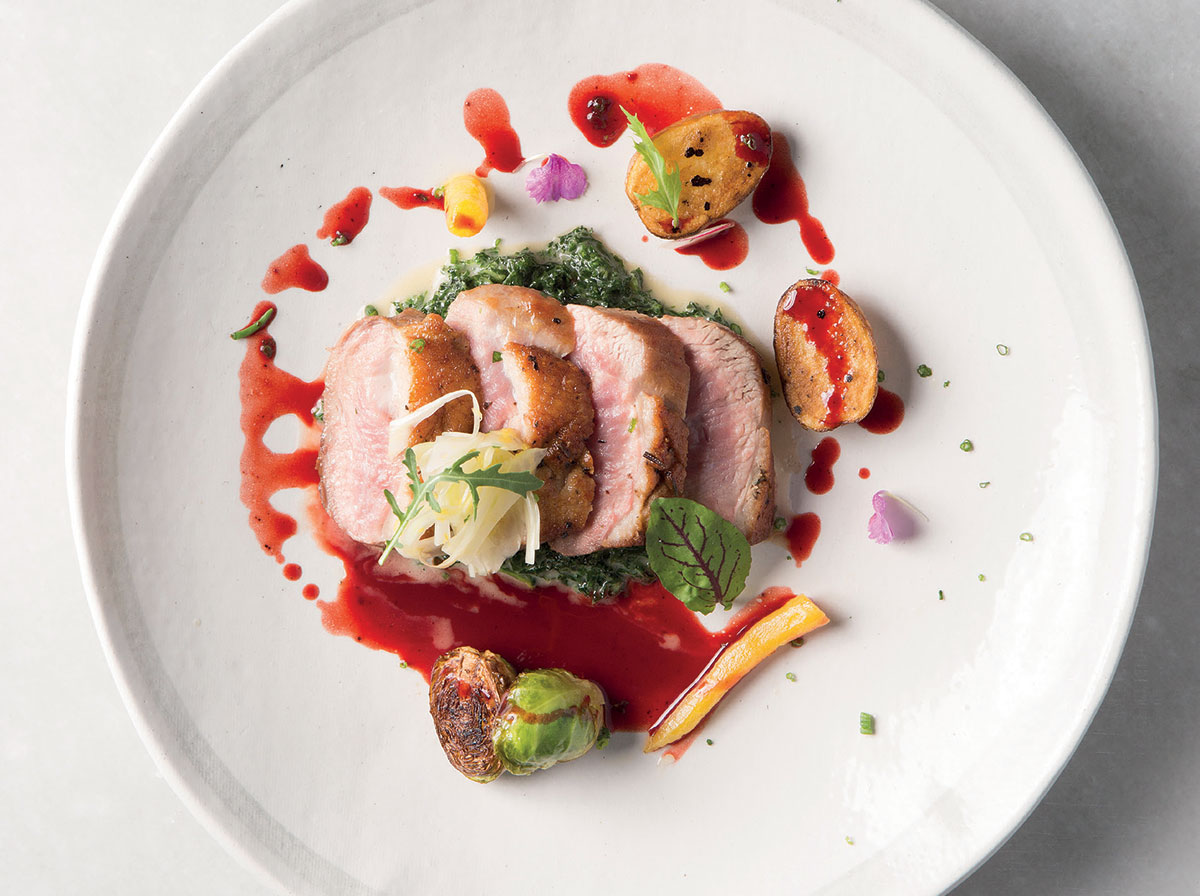 The 2013 bursary winner maintains she spent many of her restaurant placements during her studies at Silwood running on pure adrenaline, especially at Bocca on Cape Town’s Bree Street, where making and feeding pizzas into a wood-fired oven was part of the job. “Those ovens are hot! I think that’s probably one of the scariest things I’ve done,” says Amanda, laughing. Lessons learnt at Silwood that she still uses every day? “First in, first out. It helps you keep track of the freshness of ingredients in your fridge – and it also helps you when shopping for fresh produce. That, and always making stock from scratch. You just can’t beat the flavour.” At the moment, Amanda is enjoying the freedom private cheffing offers her, so that she can pursue her other passions of food writing, photography and styling. “I’m doing a photography course and taking millions of food pictures every day. I absolutely love it.” 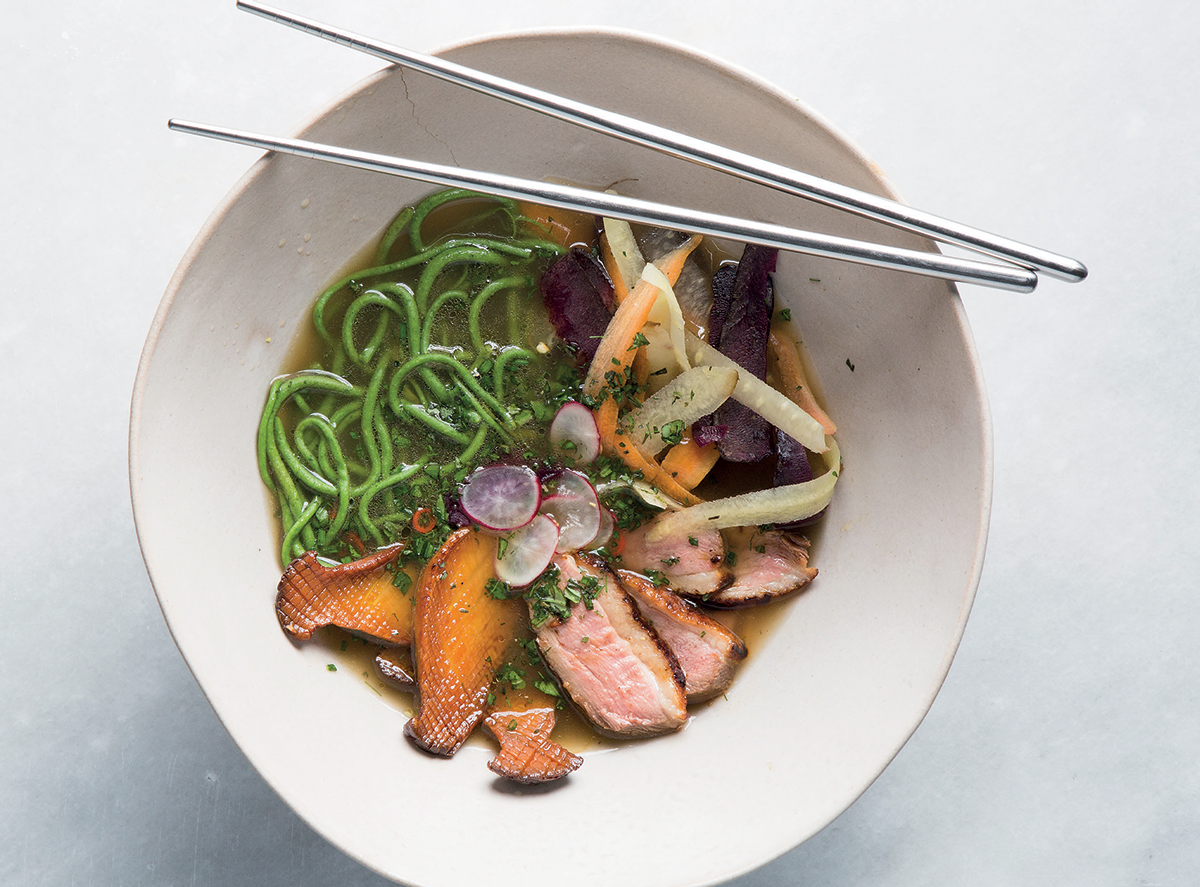 Chef training is definitely not for sissies, says the 2012 bursary winner, who completed placements at some of the top restaurants in the country, including The Test Kitchen and La Colombe, during his studies at the Silwood School of Cookery. “The kitchen hours are intense, working morning to evening six days a week, but in the end it really helped me raise my standard,” says Damien. Keeping a cool head under pressure is still what he does best at Escoffier Catering, where he’s not only in charge of office logistics and overseeing staff, but also puts in his fair share of kitchen hours. To date, he says his most challenging job was cooking at the LittleGig festival held at Wiesenhof earlier this year. “The headline chef, Rasmus Munk, only brought one sous chef from Denmark, so I ended up helping them prep until 4 am on the day of the event; burning grass and making edible ash for 1 200 people!” 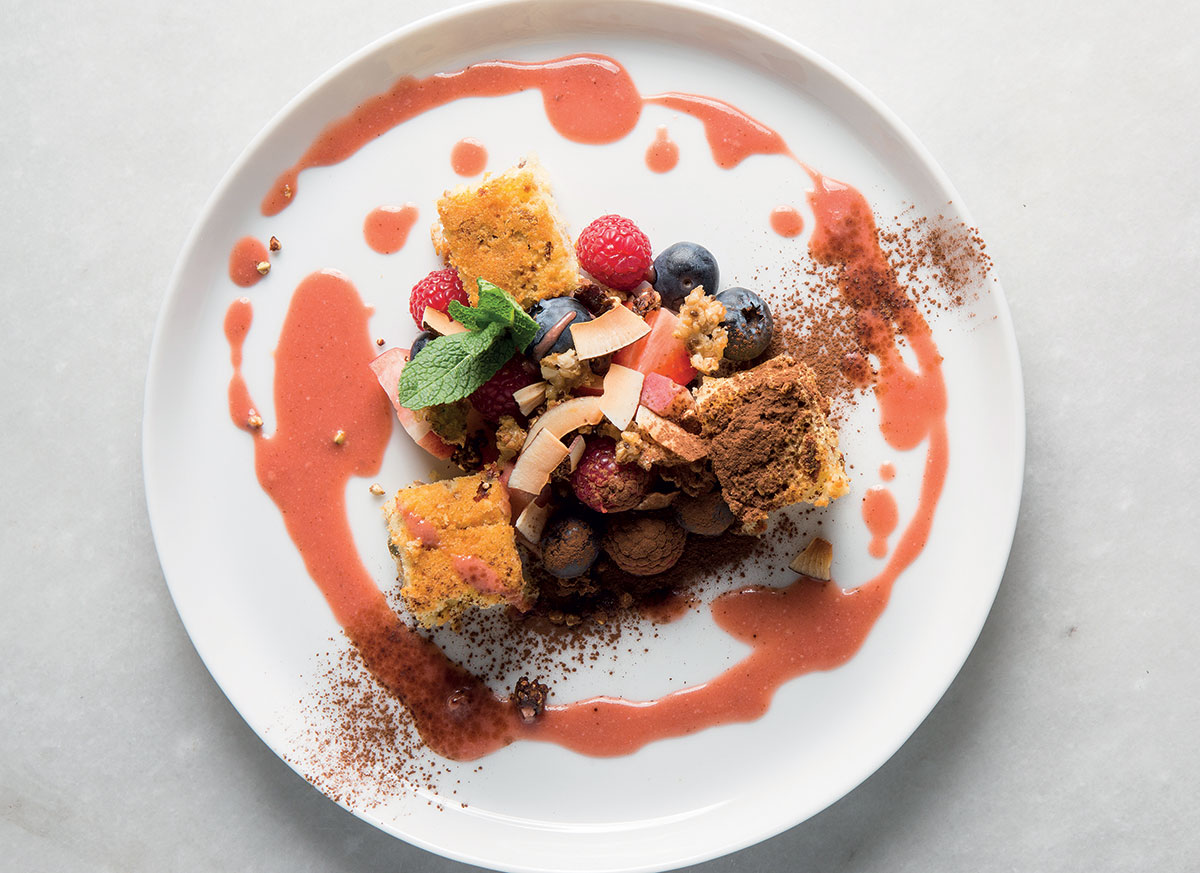 On Sunday 19 November 2017, you really should be at GrandWest in Cape Town, where the winners of this year’s Eat Out Mercedes-Benz Restaurant Awards will be revealed. This year’s grand event honouring SA’s top chefs and restaurants sees a brand-new, Oscars-style format – guests will be welcomed at a reception before being seated, cinema-style, for the hotly contested awards. The lucky winner of the Woolworths TASTE Eat Out Culinary Bursary – who can take up their scholarship at the Silwood School of Cookery in Cape Town, Prue Leith’s Chef’s Academy in Centurion or the Jackie Cameron School of Food and Wine in Hilton – will also be announced. And then come the celebrations for guests and winners alike, in the form of an unforgettable immersive food- and-drink experience created by some of the top chefs in the land. Find out more at eatout.co.za and buy tickets at eatout.nutickets.co.za. Follow the build-up and event on #eatoutawards. 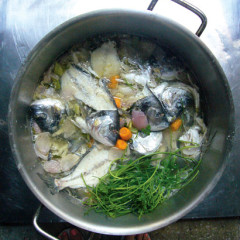 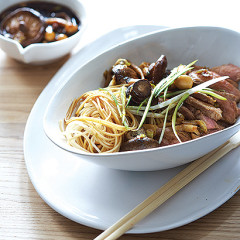 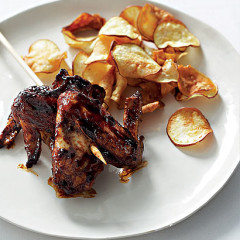