What can’t miso do? In our opinion, not much. The funky, earthy, savoury paste is the secret to creating rich flavour without having to add meat. It’s made with fermented soybeans and the flavour shines when it’s worked into things like marinades and dressings (especially vegetarian dishes). Whisk it into stock for a quick, cheat’s miso, let the umami-rich notes shine by blending it with butter to slather on grilled veggies, or even work it into a caramel for the most addictive sauce you’ll ever taste.

Now, use miso in these recipes:

Get the recipe for coconut-and-miso noodles.

Get the recipe for miso caramel Eton mess.

For the fish-lovers among us, there’s no flavour quite as irresistible as the anchovy. Their deep briny-ness is the very definition of a flavour bomb, and while they’re commonly thrown into pastas, salads and on to pizzas as a hero ingredient, adding anchovies into your cooking makes a world of difference, too. Even if you’re not making an anchovy-heavy pasta sauce, cooking a fillet or two down into the base will improve the flavour exponentially. And, don’t worry if you’re cooking for people who don’t like anchovies, they melt down into nothing and all that’s left is the delicate salty notes that they (probably) won’t be able to identify. Sneaky, but worth it.

Here are some of our favourite anchovy recipes:

Get the recipe for crunchy fried chicken with buttermilk Caesar-style dressing.

Get the recipe for confit tomatoes in garlic-and-anchovy oil.

These are clearly two very different products when used in their traditional applications and we wouldn’t normally use them interchangeably. Obviously, you can’t dip sushi into Worcestershire sauce (or at least we wouldn’t recommend it), but the flavour makeup of these two sauces are fairly similar, especially when used in cooking. If you’re making stews or braises and need to boost the flavour, a dash of either of these will lend a richer, rounder element that salt alone can’t do. And, if you’ve made a gravy and find that it’s a little lacking, a splash of either will deepen the flavour and colour, giving an all-round meatier result.

Here’s what to do with that bottle:

Get the recipe for family favourite frikkadels in onion gravy.

A favourite motto of ours is ‘when in doubt, add some acid’, meaning that when a dish is feeling a little lacklustre, the simple addition of some acidity will work wonders. There’s a whole wide world of acids out there, but the humble lemon is one you can’t ever go wrong with. From heavy pastas, to rich soups and even grilled meat, a squeeze of lemon juice at the end of cooking will brighten any dish, clean up the flavour and make it that much more, well, moreish.

Get the recipe for roast chicken with lemon panko breadcrumbs and kale chips.

Sure, you’re already fully committed to a generous shaving over your pasta, but did you know that cooking with Parmesan can elevate any dish? The rind really is key here, as it’s full of that umami-Parm flavour, and so adds incredible richness to things like soups, sauces and slow-braises. They also make a pretty good vegetarian or meat-free stock for things like risotto. Simply pop a rind into a saucepan with some aromatic herbs, and a bashed garlic clove, and you’ve got a flavoursome broth ready in minutes. Handy tip: store them in the freezer until you’re ready to use them to keep them fresh.

Get the recipe for lasagne with Parmesan, mushroom broth and pesto.

As a condiment, smeared on to sandwiches, mustard is right up there with one of our non-negotiables. But, it’s also delicious when used in cooking too. Things like cheese sauces and gravies all benefit from a little spoon of wholegrain or Dijon stirred through them, plus mustard is the foolproof way to emulsify any salad dressing or mayo you’re making at home.

Get the recipe for whole-roasted cauliflower with 3-cheese sauce. 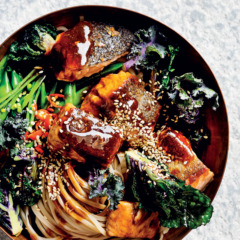 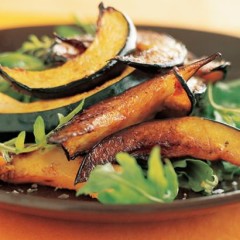 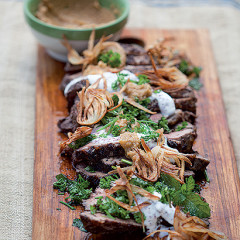