When TASTE’S food editor finally made it to Japan a few months back, she returned with a suitcase of food treasures (she can never get enough matcha, mochi and miso) and much culinary inspiration.

Abigail’s highlights? The mix of timeless and on-trend, traditional and Western that she saw everywhere, from the phenomenal convenience stores (where she swears she ate the best crème caramel of her life), to the izikayas (bar-restaurants) and high-end eateries.

Tender, deep-fried chicken covered in crispy golden crumbs can be found at the many izikayas in Tokyo. It’s delicious with this katsu dipping sauce. Get the chicken katsu recipe here.

“I also discovered the importance of seasonality in Japanese food culture,” she says. “The peak season of a particular ingredient is called its shun, and it applies to everything from fruit and veggies to fish. It even applies to convenience foods – you won’t find an almond latté in Tokyo if almonds aren’t in season.” And fruit- flavoured Kit Kat chocolates (popular here because the name is similar to “kitto katsu’”, meaning “good luck”) will only feature cherries during cherry season.

(These easy, make-at-home recipes were inspired by Abi’s travels and that suitcase of Japanese food treasures – many of which are bound for Woolworths’ shelves, so you can bring Tokyo home.)

WASHOKU
Washoku, literally meaning “food of Japan”, was granted cultural heritage status in 1993 by UNESCO. Its flavours are salty, sweet, sour and bitter with plenty of umami. Fermented condiments like miso, soya sauce, vinegar, sake and mirin are essential for flavouring washoku, which consists of four elements: cooked rice, soups and side dishes and tsukemono (Japanese pickles).

FRUIT
“Grocery stores have beautiful displays giving grapes, persimmon, kiwi fruit and cherries pride of place in season. Locals also take fruit along as gifts for the host when they are invited to someone’s home. I loved the attitude that fresh produce is something to be valued and appreciated.”

Try: yuzu kosho, a Japanese ‘salsa” usually made with the zest of yuzu fruit, but limes and grapefruit also work well. It’s a beautiful seasoning for fish, meat, noodles, soups and veg dishes.

BAKED VEG
“There’s such huge innovation. I must have eaten my weight in whole baked okra chips, baby marrows and mushrooms.”

Stand-up steakhouses, which have long tables where locals pop in to quickly enjoy their favourite steak.

SAKE
The traditional alcoholic drink made from fermented rice, is important for cementing family and community ties. It’s usually sipped from a porcelain cup but today it is also served with soda and ice, while sparkling sake has entered the game, appealing to the younger market.

From nori in sushi to wakame in miso soup and the kombu kelp used for making dashi.

MOCHI
Traditional sweets made from rice pounded into a paste and moulded into Instagrammable shapes, including the fish (or taki) mochi. Can also be filled with ice-cream in flavours like matcha and red beet.

“There’s no shortage of ramen bars and it’s eaten as a snack, a main, and as a meal for kids. The noodles also come as instant noodles, where the flavouring is in the noodles themselves, not in a sachet.”

Ramen noodles are made from wheat flour, salt, water and kansui, an alkaline mineral water, sometimes substituted with eggs. They’re available in different shapes, lengths and thicknesses and their firm texture makes them great for soups.

Eggs feature prominently in Japanese cooking, whether raw in shabu shabu (a meat-and-vegetable hotpot), or cooked in desserts or in the Japanese breakfast, tamago gohan . The average Japanese person eats around 320 eggs a year, according to the International Egg Commission, placing it in the top three worldwide.

JAPANESE CRACKERS
Also known as senbei, Japanese crackers can be savoury or sweet and are so much cooler than chips and pretzels with flavours ranging from prawn to seaweed, mushroom and persimmon. Can’t find them for your Japanese-themed soirée? Substitute prawn crackers.

Give it a try in this matcha panna cotta.

FRESH WASABI
Fresh wasabi is widely used in Japan but in SA we use the paste made from powdered wasabi. (Horseradish, though not the same plant, is sometimes a substitute.) It adds delicious pungency to everything from sushi to salt. 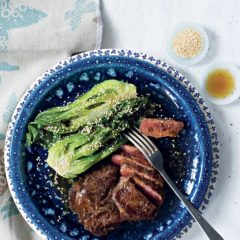 Marinate the steaks for 10 to … 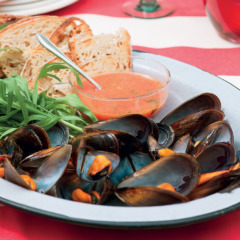 Place the tomatoes in a blende… 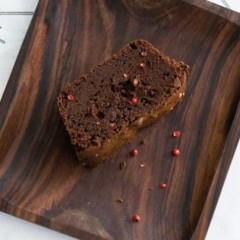