Snoek has light brown to white, almost opaque flesh and is ideal for the braai or for smoking. Here are some great new ways with this healthy, popular fish.

Baked snoek with skordalia nut dip
First make the skordalia by boiling 8 peeled potatoes and then mashing them.
Using a blender, purée the potatoes, 8 cloves of garlic and 1 cup of walnuts or almonds. With the blender still going, slowly add 1 cup olive oil and 1/3 cup vinegar, alternating between the two, until the mixture is smooth, thick and creamy. Season to taste with sea salt and freshly ground black pepper. Add a squeeze of lemon juice. If the mixture is too thick, add a little cold water – but no more than 1/4 cup.

In a frying pan, fry the snoek fillets in a little butter until the flesh is opaque but still moist. Serve the fish on a platter with the skordalia sauce on the side and a serving of boiled baby beetroot salad.

Tapas-style snoek fritters
Poach 400g snoek fillets in milk until the flesh is opaque but still moist. Boil 400g firm peeled potatoes until tender, then mash. Remove the skin and bones from the fish and flake the flesh. Mix the snoek flakes and mashed potatoes together, then blend in 3 egg yolks, 2 tablespoons each of chopped parsley and mint, and season with nutmeg, sea salt and freshly ground black pepper. In a separate bowl, beat 3 egg whites to stiff peaks and then fold into the fish mixture. Roll tablespoon-sized drops of the mixture in flour and fry in hot sunflower oil until golden. Serve with lime wedges and chilli salt.

Smoked snoek panzanella salad
Bake snoek fillets in a 180°C preheated oven until the flesh is opaque but still moist. Remove the bones from the fish and allow to cool. Fry chunks of crusty bread in garlic oil and drain. In a salad bowl, combine 2 cups halved cherry tomatoes, ½ cup pitted black olives, a handful of chopped basil, 2 tablespoons capers, 2 tablespoons pine nuts and the flaked fish. Drizzle with olive oil and lemon juice and serve.

Snoek pasta
Bake snoek fillets in a 180°C preheated oven until the flesh is opaque but still moist. Remove the bones from the fish. In a pan, sauté one chopped red onion, ½ cup chopped parsley or basil, the juice of 1 lemon and 2 chopped cloves of garlic.
When the onion is transparent, add a few spoons of crème fraîche or mascarpone cheese. Boil fresh linguine pasta until al dente and then combine with the onion mixture. Top the pasta with the flaked snoek and serve with steamed greens.

Snoek and sweet potato fish cakes
Use equal quantities baked or braaied and flaked snoek and roasted and peeled sweet potato. Mash together roughly. Fold 1 whisked egg and 2 tablespoons flour into the mixture. Add a handful of chopped chives, a dash of smoked paprika and 1 tablespoon Dijon mustard. Season with sea salt, freshly ground black pepper and a squeeze of lemon. Using your hands, fashion the mixture into balls. Roll the balls in flour, dip in whisked egg and then in breadcrumbs and shallow-fry until golden. Serve with a green salad and homemade mayonnaise.

All Woolworths snoek is sustainably caught off the New Zealand coastline. 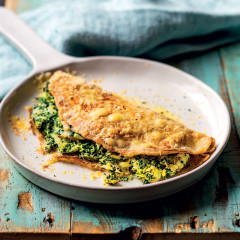 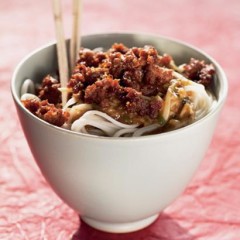 Mix together the pork, soy sau… 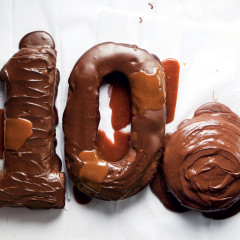