VEGETABLES
Greens are set to take the culinary world by storm in 2015. We’ve already seen cauliflower, often referred as broccoli’s poor cousin, take centre stage this year owing to the Banting craze with low-carb foods such as cauliflower mash, cauliflower salad and even cauliflower pizza bases. And after the many delicious recipes that have been developed using cauliflower as the star ingredient, something in our culinary gut tells us that we’ll be seeing a lot more of the humble cauliflower next year…

There has also been talk of radish creeping out from the ground once the new year dawns, making its culinary debut in 2015. This low-calorie veg is not only pretty, but is also said to have cancer-fighting properties, among other health benefits. TASTE Food Editor Abigail Donnelly featured radishes in her beautiful oak-smoked trout salad wreath on the December 2014 issue of TASTE.

Never mind locally grown produce, many top local chefs have started using produce from their own gardens, such as David Higgs at Five Hundred at The Saxon in Johannesburg, who harvests greens from the hotel’s garden. We also predict that next year foodies will be planting their own seeds. So dust off those gardening gloves and spades, hyperlocal produce is the next big thing.

In keeping with veggie vogue, vegetable yoghurts are said to be making their way onto shelves, according to Baum + Whiteman’s food and beverage trends report for 2015. It might take a while for less adventurous eaters to wrap their heads around this trend, but bear in mind that many fruit yoghurts on the market are high in sugar.

And if veggie yoghurts came as a surprise to you, then lo and behold, again: sorbets incorporating vegetables will soar in the new year. With corn and kale sorbet already featuring on some menus at top restaurants in South Africa, we can’t wait to see what other varieties of vegetable sorbets the new year has in store for us.
Bottom line: eat your greens.

SEAWEED
Seaweed salad, anyone? That’s right; seaweed is set to break free from the confines of maki and expand its culinary uses to a range of other dishes including smoothies and sauces. Dubbed a superfood by some, seaweed is bursting with antioxidants and a range of vitamins.

FERMENTATION
Fermented foods, as in the pizza base of Abi’s potato, leek and goat’s-cheese pizza are nothing new, but prepare to hear (and eat) a lot more of them next year. Said to intensify flavour, fermented foods also aid in increasing the intake of digestion-aiding bacteria. Other fermented foods and beverages to look out for include beer, bread and kimchi.

SUBSTITUTE SUGAR
With a lower glycemic index than white sugar and touted to be highly nutritious, coconut blossom sugar is the obvious healthier alternative to cane sugar. This natural sugar is made from the sap of the coconut palm’s flowers.

THE NEW GREEN TEA
Next year the new go-to drink for energy and vitality may well be the powerhouse beverage known as matcha. Rich in antioxidants, matcha is made from green tea leaves but is also lower in caffeine than normal green tea.

FOR THE LOVE OF FLAVOUR
Listed as a buzzword in Baum + Whiteman’s food and beverage trends for 2015, flavoured salts add more vibrant flavour to meals. You can expect salts flavoured with lime, thyme and lemon, among others.

Woolworths TASTE’s digital content producer loves nothing more than trying out inventive recipes and using close friends and family as his guinea pigs. When he’s not crafting content or posting images to TASTE’s Instagram account, he sits in a quiet corner sipping on pretentious tea and penning poetry. 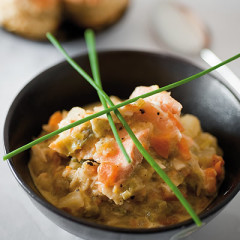 Cook the fillet of trout until… 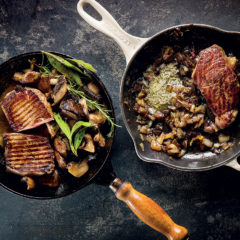 Rub the sirloin with oil, salt… 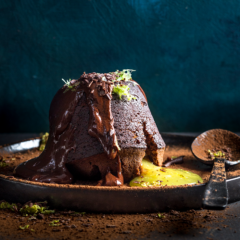 To make the lemon curd, place …

Soups for winter might not be the most ground-brea

Tried your hand at making your own rusks recently?

If your birthday is taking place during lockdown,

If you needed a little inspiration for your Sunday

What’s your favourite way to bulk up Bolognese?

When we asked @naqiyah_mayat to give us some chill

After a couple months of lockdown, how are you feeling about cooking?