An aromatic spice that looks like a large, smooth peppercorn (about the size of a pea), allspice is the dried berry of the West Indian allspice tree.

It’s also called Jamaican pepper or pimento and is so called because its taste is said to resemble a combination of cinnamon, cloves, nutmeg and black pepper.
Allspice can be bought whole or ground and is used in both sweet and savoury dishes including mulled drinks, Christmas pudding, pickles and marinades, and Jamaican jerk chicken.

Find inspiration in these recipes that contain allspice: 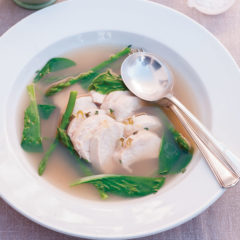 Heat the chicken stock in a sa… 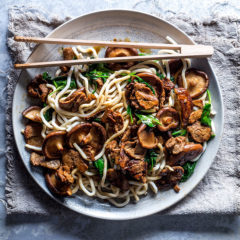 Freeze the pork for about half… 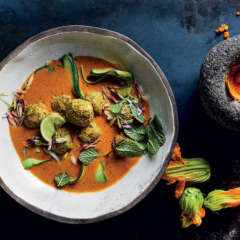 To make the pealafels, place t…

Say no to sad desk lunches! These two recipes will