Chermoula is a spicy, garlicky spice paste from Morocco.

There are several variations of the recipe as it is made differently by different cooks and by the area of the country in which they reside but it generally includes varying amounts of fresh coriander, garlic, and chili to which cumin, paprika, ginger and saffron are added, as well as lemon juice and a little oil, to bind and flavour.

Chermoula paste can be used in all different kinds of dishes but is generally uses as a marinade for grilled fish or chicken.

Traditional frikkadel with garlic and chermoula 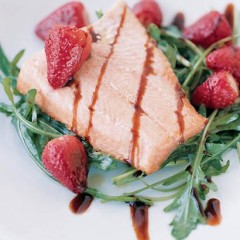 Grilled salmon trout and strawberries with balsamic on wild rocket 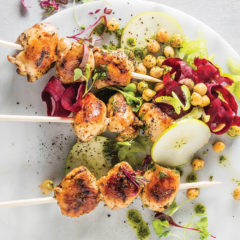 Thread the chicken thighs onto… 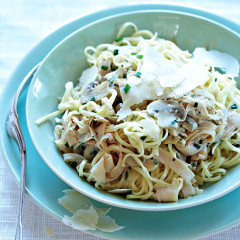