Hollandaise sauce is a classic French emulsion ands one of the five sauces in French haute cusine's mother sauce repertoire.

It is so named because it was believed to have mimicked a Dutch sauce created when the King of the Netherlands visited France.

Hollandaise sauce is well known as a key ingredient of eggs Benedict, and is often paired with vegetables such as steamed asparagus.

It is prepared by emulsifying melted or clarified butter and water (in the form of an acidic reduction) with partially cooked egg yolks.

Now you know all this, learn how to make Hollandaise sauce to serve over poached eggs or asparagus.

TIP: Read up on the basics of French cooking and teach yourself to make a traditional jus from scratch. 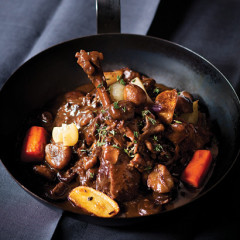 Cut the duck legs through the … 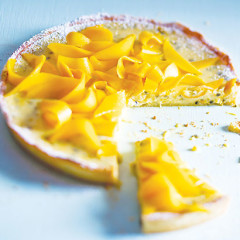 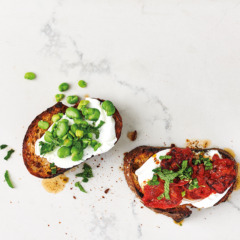 Toast the bread in a griddle p…