The koekemakranka (Gethyllis afra or G.spiralis or G. namaquensis plus a few other ) is an South African indigenous plant, nou almost extinct, but still occuring in the the dry semi-desert areas of the Cape interior such as the Richtersveld and in Namaqualand.
The plants all have an underground bulb of which the scales form a distinctive neck at ground level. The long, thin leaves are usually spirally twisted or coiled. The attractive white-mauve flowers appear in summer when the leaves have already died.
They have a narrow tube which extends below the ground where the fruit will eventually develop.
In mid-winter, the long, club-shaped berry emerges from the ground. It has a fragrant pulp (smelling almost like strawberries) in which numerous seeds are embedded. The ripe fleshy fruits are gathered, though it’s said it depends to a large extent on a good sense of smell. They are highly aromatic and have a powerful sweet, fruity odour.
The fruit was also used to perfume rooms or linen.

Sift the flour, sugar and salt… 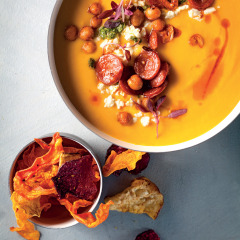 Pan-fry the chorizo in the oli… 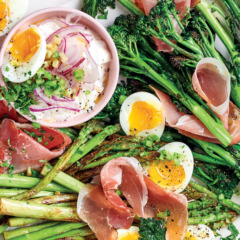