Sashimi differs from sushi in that it is simply thinly sliced, super fresh raw fish (sushi is always served with rice). In Japan it's often enjoyed early on during a meal with various garnishes sush as shredded daikon radish, wasabi and sashimi soy sauce (soy sauce with mirin, sake and dried fish flakes).

The correct way of eating sashimi is to put a bit of wasabi on the slice of fish and dip it lightly into the soy dipping sauce. Don't mix the wasabi into the dipping sauce as you will lose it's subtle flavous.

Technically 'sashimi' also refers to sliced raw meats of animals, such as raw cow liver which may be garnished with ginger and dipped into salted sesame oil.

TRY THESE SASHIMI RECIPES FROM TASTE 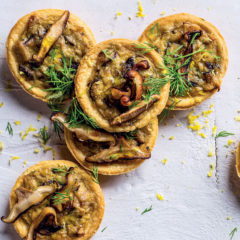 To make the pastry, process th… 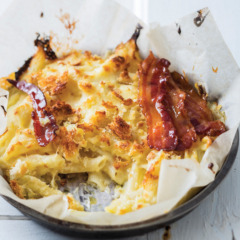 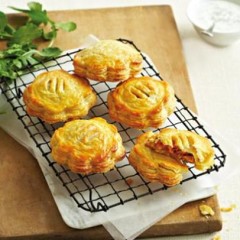 To make the pastry: First dra…