Keeping canned beans in your pantry is the answer to quick, affordable midweek meals. But when you have the time, dried beans are worth the effort. Discover how to cook beans properly, which bean to use when and six fabulous recipes starring our favourite beans.

How to cook beans

Step 1: Cold soak
Cover the beans with water and chill for 8–12 hours. Drain and rinse.

(For a faster “hot” soak, bring dried beans to a boil and cook them for two minutes. Remove the pot from the heat, cover and allow to stand for 1–2 hours. Drain and rinse the beans, then continue with your recipe.)

2. Simmer
Bring to a simmer and scoop off any foam that rises to the surface.

4. Season
Add salt to taste (test by tasting the broth – the beans will take a while to absorb the flavour) and add acidic ingredients like tomato, citrus, wine or vinegar. Simmer, then cool if you aren’t using them immediately.

5. Chill Store them in the fridge for up to a week as a substantial, flavour-packed base for meals. Or freeze in portions to add to soups and stews

Never stir beans while they’re cooking as they’ll split and break up. Rather agitate the pot gently every now and then while they’re simmering. Also, don’t let beans boil as you’ll end up with a pot of mush (unless you want a week’s supply of bean mash).

Which bean to use when

Not all beans are created equal! Now that you know how to cook beans to perfection, select the type of bean according to the dish that you’re making.

DRIED BLACK-EYED BEANS are also called cow peas and have a buttery flavour. Turn into a paste to thicken sauces.

RED KIDNEY BEANS are perfect for stews and Mexican-inspired dishes such as chilli con carne.

HARICOT BEANS are mild and creamy. They’re used to make baked beans and are commonly used in Spanish and French cooking.

BORLOTTI BEANS are sweetish in flavour and widely used in Italian cooking. They also work well in salads and casseroles.
CANNELLINI BEANS are nutty and mild with a fluffy texture. They make an ideal all-rounder.

BUTTER BEANS have a velvety texture – perfect for mashing (try this pork sausage with butter bean mash recipe), baking or in stews.

SAMP AND BEANS is a mix of stamped dried corn kernels and sugar beans often served in SA with curries and stews.
BLACK BEANS have a dense, meaty flavour and are widely used in South American and Mexican cooking.

What exactly is aquafaba?

Reduce waste in your kitchen by reserving the aquafaba (aqua is Latin for water and faba means “bean”) and using it instead of egg whites to make the likes of meringues, mayonnaise and cakes. This works because the proteins and starches in the liquid act similarly to the proteins in egg whites. Aquafaba can also be used as a butter substitute by blending it with oil, and is also good for thickening soups and stews.

Think creamy mash to serve with sausages, crunchy falafel or with roast tomatoes and real Parmesan. *Disclaimer: while we’ve exhausted how easy it is cook your beans from scratch, all of these recipes can be sped along by using canned beans.

This sounds fancy, but essentially you’re submerging the beans in an aromatic olive oil, thereby increasing the flavour all-round. 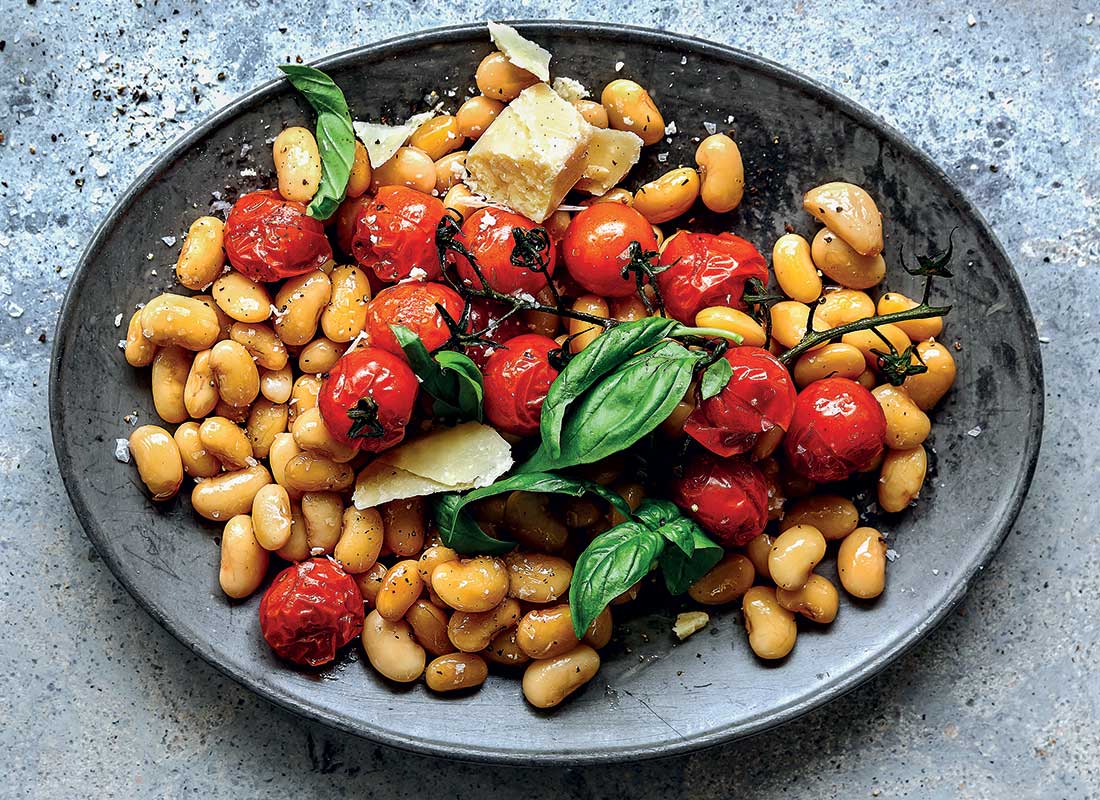 For those moments when you want mash, but can’t face the process of cooking the potatoes – enter white bean mash. 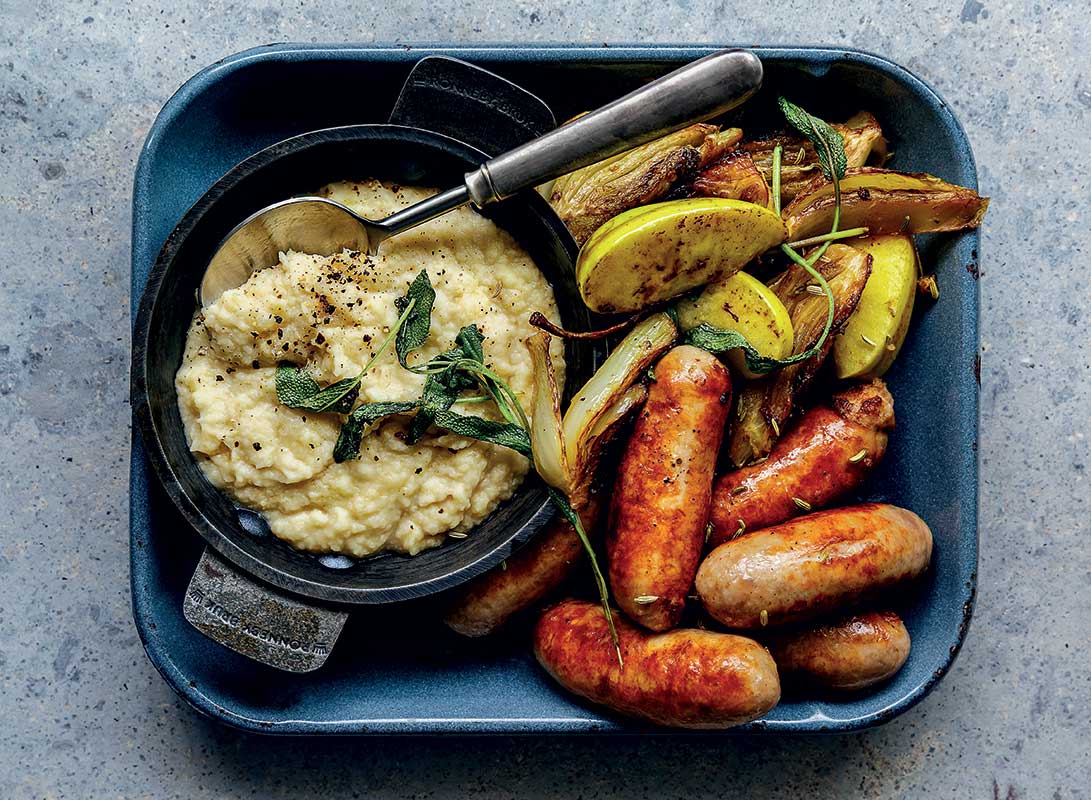 You didn’t think the falafel was reserved solely for chickpeas, did you? 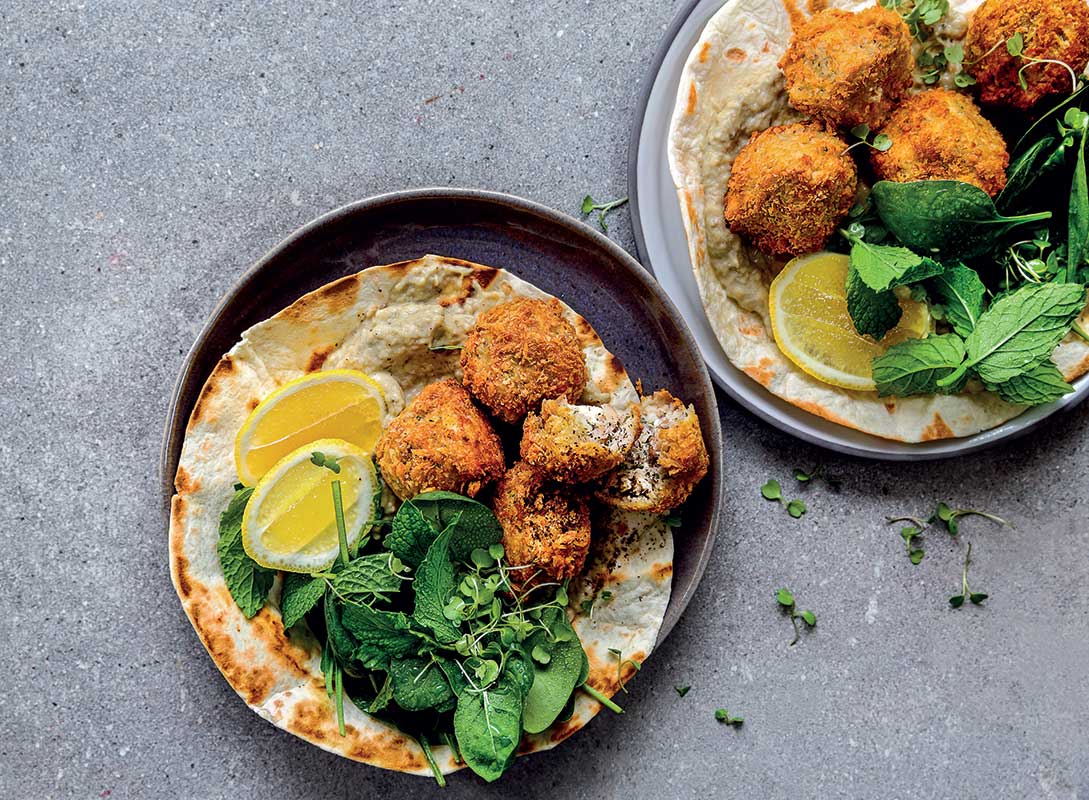 Get the recipe here

Hearty and meaty, this dish deserves to be on your winter rotation. Added bonus: it improves in flavour as it sits. 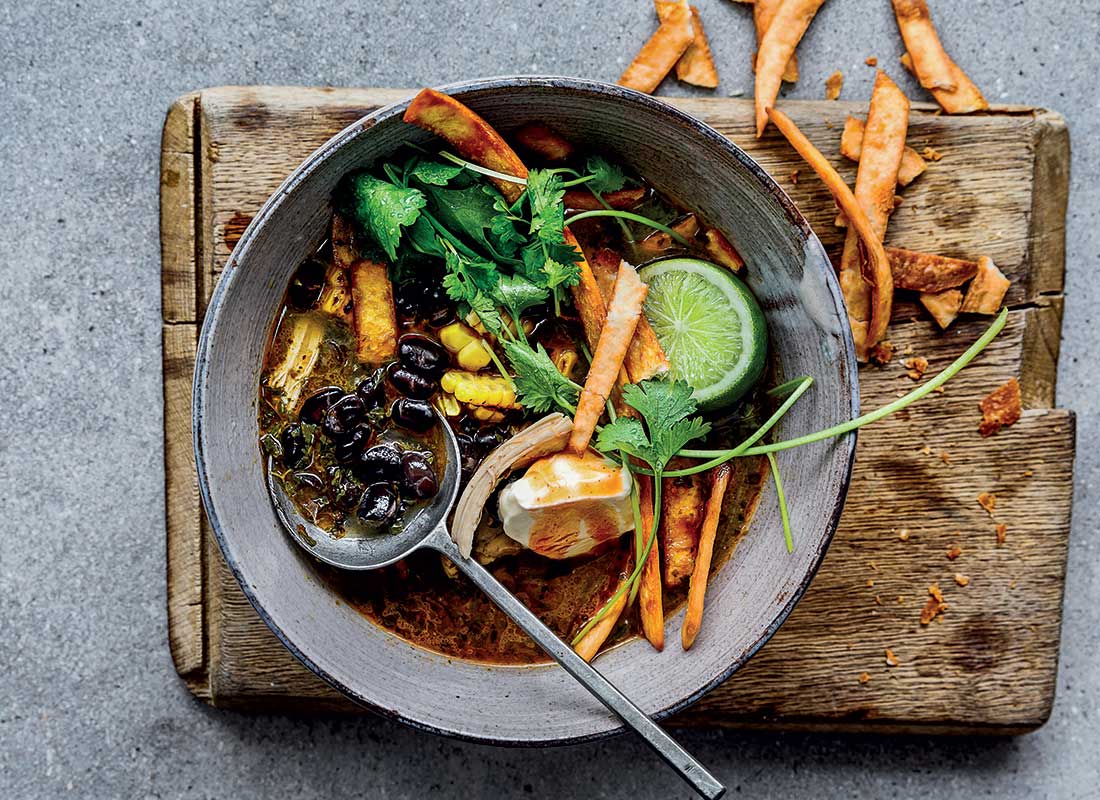 A really substantial salad that doesn’t feel too virtuous. Perfect for lunch or dinner. 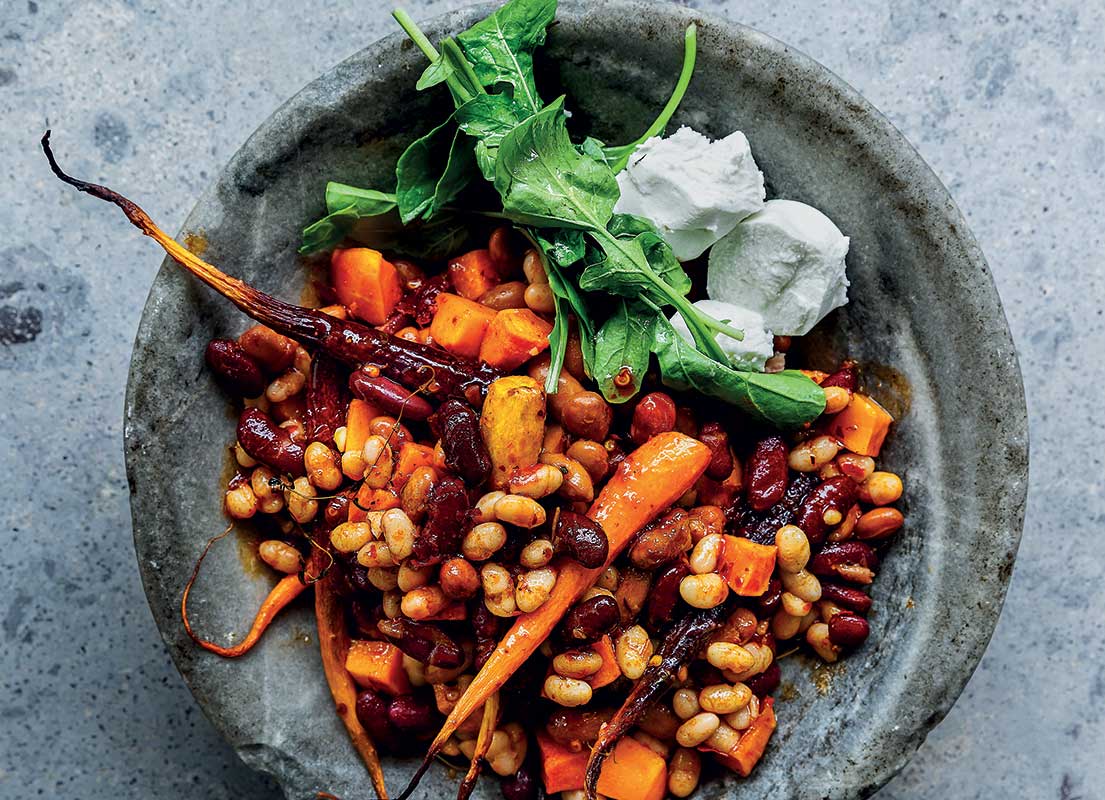 Betcha didn’t think you could bake with beans, did you? Well you can, and they make for a satisfyingly dense brownie. 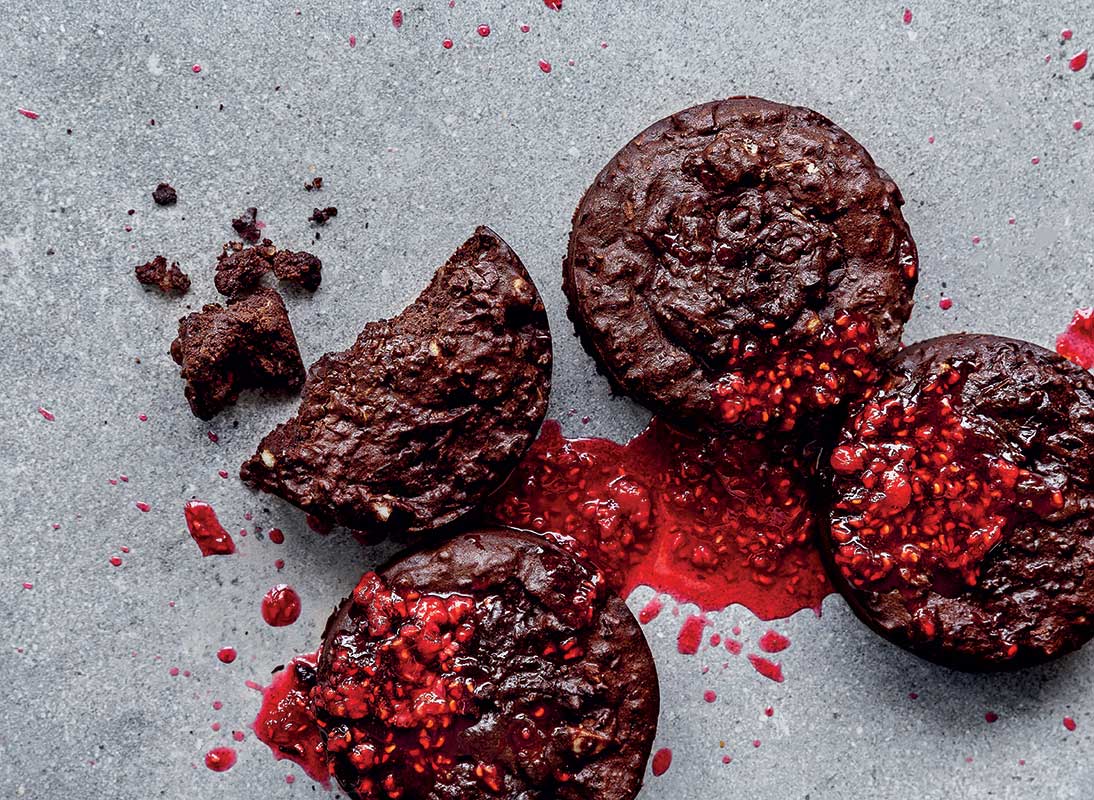 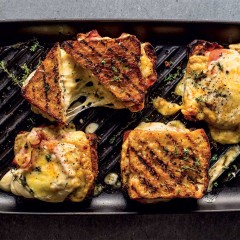 To make the béchamel sauce, s… 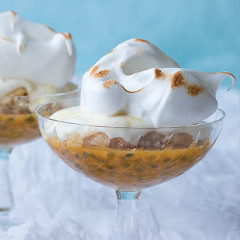 To make the granadilla jelly: … 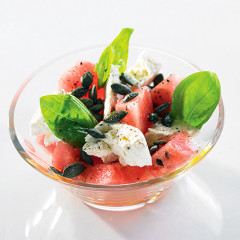 Mix the watermelon and cheese …

Which lockdown dish are you most likely to cook?