How is venison different to other red meat?

Venison is loosely defined as the meat of a game animal. In South Africa, the immediate association is springbok, which is served in many restaurants. However, other examples of venison include eland, kudu, wildebeest and even impala, which are all full of flavour. The drawcard for venison is that it’s richly flavoured, lean and comparatively low in fat, and, provided its responsibly sourced, also offers a more sustainable meat option for carnivores. You can substitute venison for any other red meat. Andy Fenner, owner of Frankie Fenner Meat Merchants in Cape Town, echoes this: “Eland fillet is almost identical to beef, in terms of size,” he says. “And it has way more complexity.”

How to prevent venison from drying out

As venison is lean, there’s little fat to protect the meat from becoming dry. Counteract this by ensuring you’re cooking with lots of fat and/or braising liquid to retain as much moisture as possible. Classic cookery will tell you that you have to marinate larger cuts in buttermilk before cooking as a way of ensuring the meat is tender. This isn’t wholly untrue, but isn’t necessary for all cooking techniques. If you’re making a stew of cubed venison, for example, the buttermilk step is helpful to keep the meat tender. If you’re roasting a bone-in shoulder of springbok, however, you might be able to skip the marinade. Keep the temperatures low and, with some patience, you’ll have a perfect piece of meat.

Alternatively, if you’re going for a quicker-cooking cut like a loin, you’ll want to work fast, over a high heat. Kyle Knight, owner of The Shop restaurant in Sea Point, says he likes to cook venison simply. “I love it grilled over the fire, with a brush of butter.” He continues. “If the animal has been treated and aged properly, you really don’t have to do anything else to it.” You’ll want a nice hot pan, a generous glug of olive oil and no more than five minutes’ cooking time. The general rule of thumb with venison is to keep it as rare as possible, to avoid drying it out.

Which cut of venison should you choose?

Andy Fenner suggests working with your butcher to get the right cut for you. “As with any carcass, understanding how the person wants to cook it is instrumental in how you break it down. If you want a braise, sliced neck or shin is perfect to add to canned tomatoes or stock or vinegar. If you’re doing a pie, look for deboned shoulder cubes. If you want a quick weeknight meal, rump strips are amazing to stir fry with fish sauce,” he says. “And venison mince is amazing for anything that you want to add a bit of fat to, such as fatty beef mince, pork fat or mince.” Essentially, there’s nothing venison can’t handle, and along with these ideas, it also makes for a great tartare or carpaccio option, too.

Inspired? Here are some of our favourite recipes using venison. 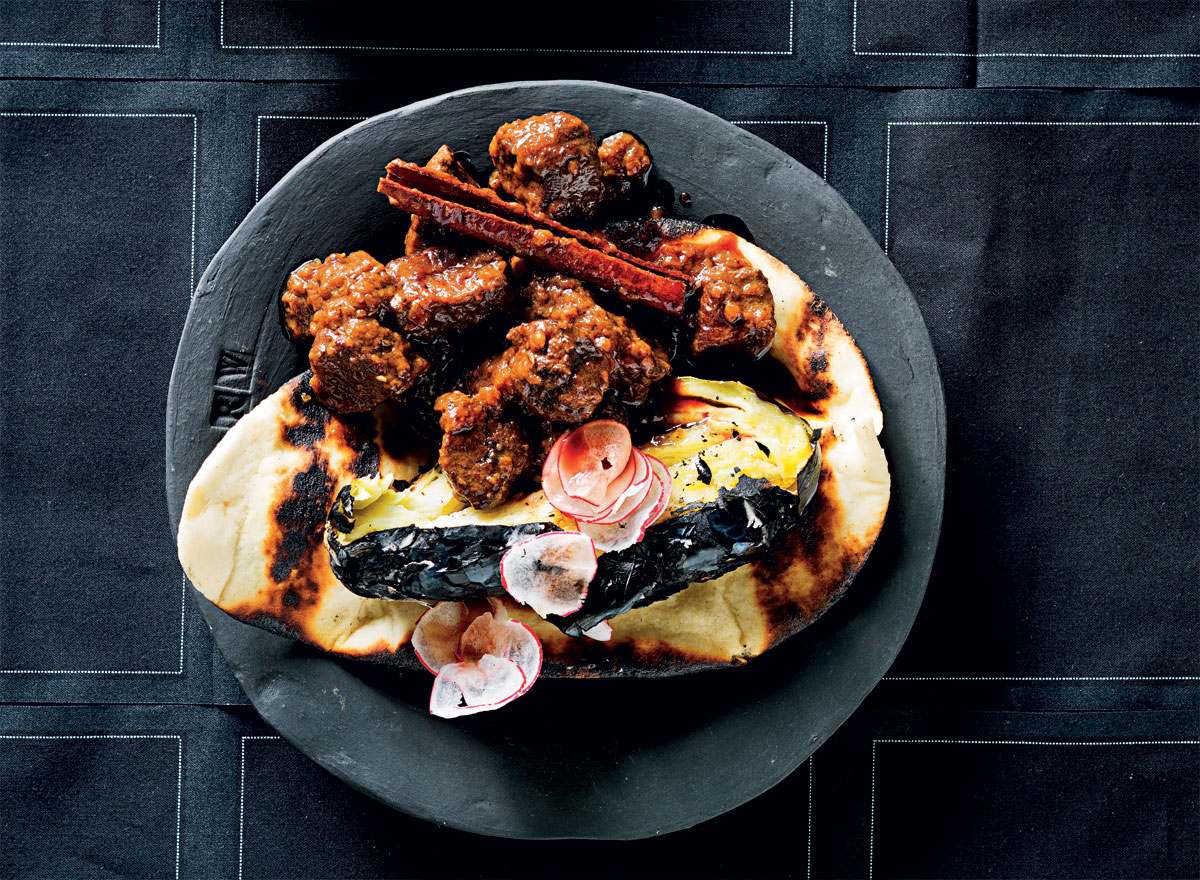 Get the recipe for venison stew with smoky brinjal and naan here. 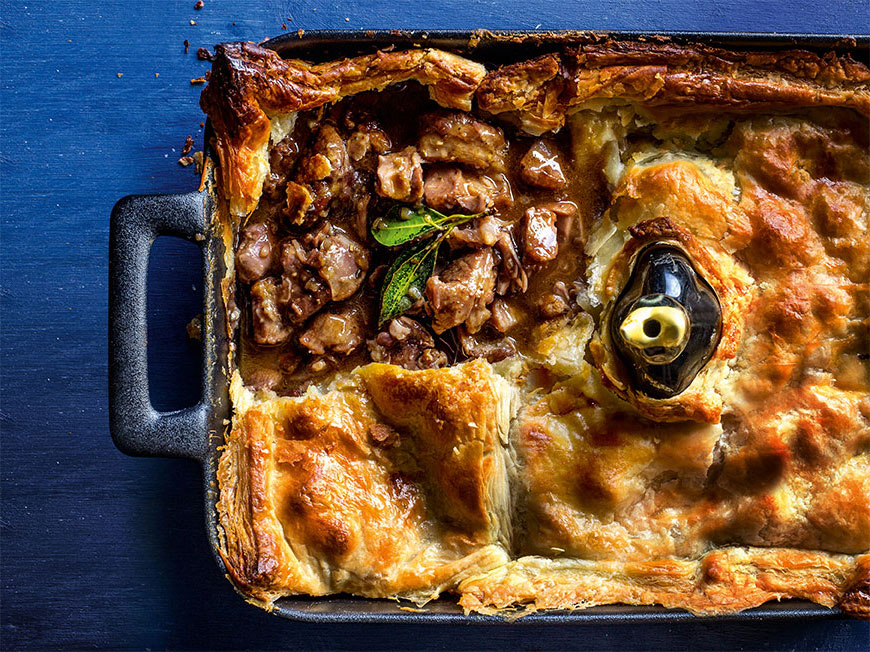 Get the recipe for version pie here. 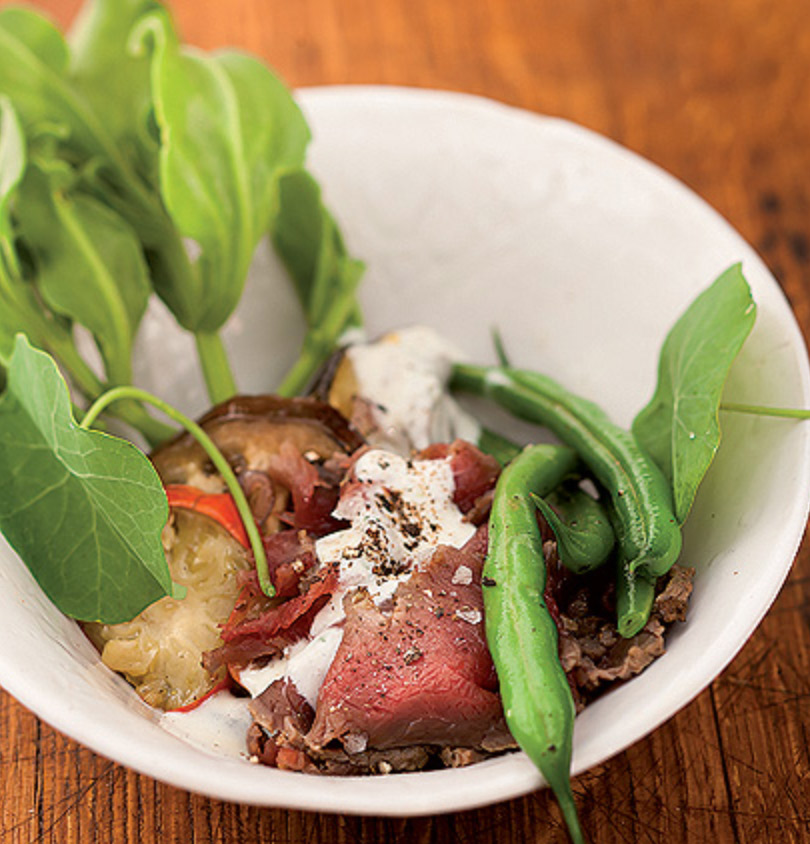 Get the recipe for roast brinjal and kudu carpaccio salad here. 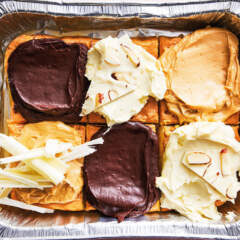 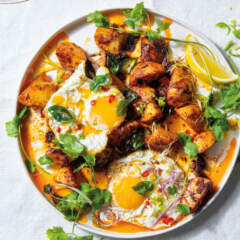 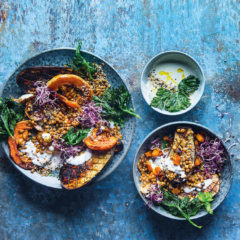 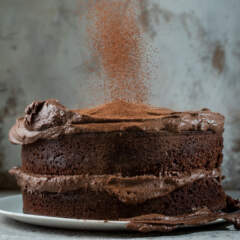 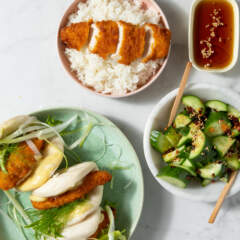 Enjoy all the perks of your fa… 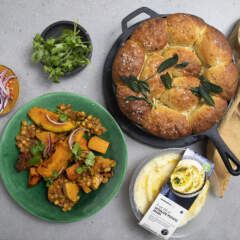 This easy pull-apart potato bread is a game-changer

Just when you think blondies can’t get any bette