If this feels like a rhetorical question, we apologise, but we’d be remiss if we didn’t start this piece with a little explainer. It’s fairly well understood that Bolognese is Italian, but within Italy, the correct name for it is ragù alla Bolognese. Ragù refers to a meat-based sauce, often slow-cooked, and served with pasta. The Bolognese here is important as it relates to the specific style of ragù common in Bologna, a city in northern Italy. Interestingly, a classic ragù alla Bolognese contains white wine, milk and a small amount of tomato paste. Outside Italy, Bolognese has come to mean a tomato-based sauce, mostly made with beef or pork mince.

Where does spaghetti Bolognese come from?

Another fun fact about Bolognese is that in Italy (or Bologna, specifically) it’s rarely served with spaghetti. Instead, it’s mostly served with flatter tagliatelle. The origins of using spaghetti in place of tagliatelle are unclear, but it’s believed to be influenced by Italian emigrants to America. The presence of tomatoes in this version also suggests the dish has influences from southern Italy, specifically Naples.

While our version of Bolognese might not be the most traditional (sorry, Italians!), it’s a pretty simple method to making a full-flavoured sauce. To add to this flavour, you can throw in a Parmesan rind along with the tomatoes. This will add a nutty umami flavour and increase the richness of the sauce. When it comes to tomatoes, people assume they’re very acidic and often add a pinch of sugar to neutralise them. While this isn’t a bad thing, it’s better to wait until the very end of the cooking process before adding sugar. Not only will the tomatoes mellow as they cook, but their acidity is often countered by the fat in olive oil, butter or, in most cases, beef mince. So, rather wait until you check the seasoning just before serving to see what that acidity is like, while remembering that some acidity is good. While we’re on the subject of tomatoes, make like Jamie Oliver and fill the empty tomato can with water. Not only is this a good way of ensuring you get every last bit of tomato out, but this tomatoey water is a good stand-in for stock. While some recipes call for stock, it’s not entirely necessary. Lastly, if you find your final result is very bland, all is not lost. Adding a teaspoon or two of Marmite or Bovril will help bump up the meatiness of the dish. Similarly, a generous splash of Worcestershire or soya sauce can help, too (Italians, avert your eyes!).

Now that’s settled, here’s how to make a simple Bolognese

Like any other braised meat dish, a Bolognese is made from a base of diced onions, celery and carrots – called a soffritto – to which beef mince and either tomatoes or tomato paste are added. Find some of our favourite Bolognese recipes, as well as our step-by-step below for a basic explainer.

Get the recipe for Kayla-Ann Osborn’s gran’s Bolognese here.

Get the recipe for Bolognese with gnocchi here.

Get the recipe for pressure cooker Bolognese here. 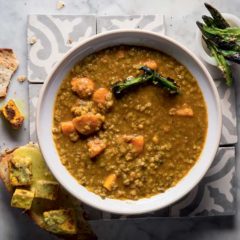 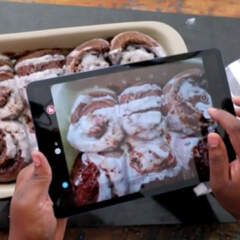 Whether you use it in the kitc… 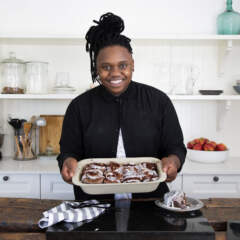 We’re crushing hard on these… 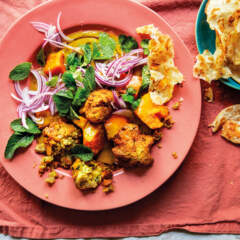 With winter well and truly her… 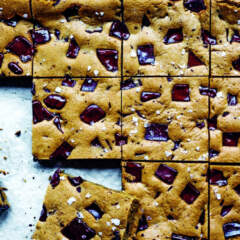 Did somebody say tea time? Pic… 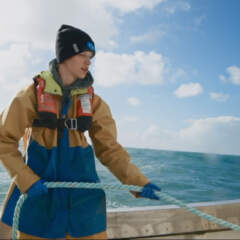 The best way to keep warm when the weather is icy?

Making this creamy pumpkin risotto is easier than

“After roasting many chickens for a Woolworths T

Try our take on these next-level Southern-fried ch

What’s the secret to making the perfect casserol

True or false? Oxtail is the perfect winter meal.

Coffee cake might be a classic, but there are plen

The best toastie is…