The process for creating the perfect, crispy roast potato starts before you’ve even turned on the oven – it starts with how you cut them. Most recipes call for potatoes to be cut into halves or quarters, depending on how big they are, so each piece is similar and cooks at the same rate. However, following an old Nigella trick, cutting the potatoes into thirds at an angle results in a larger surface area, which just means there’s more room on the spud for extra crispiness. This works best using medium or large potatoes, if you’re using baby potatoes, cutting them in half will do the trick. Work on about 1.5 potatoes per person to make sure you’ve got enough.

One more step before you to the roasting is parboiling. This might seem unnecessary but makes all the difference in the end. Parboiling the potatoes gives the middle a chance to start cooking through, as the high heat required for roasting would mean the exterior would cook before the inside does. To parboil the potatoes, place the peeled and cut potatoes into cold, well-salted water and bring to a boil. Once boiling, cook them for about 15–20 minutes, or until just cooked. Stick a knife through one, feeling for very little resistance. Remove from the heat, drain and leave them to sit in the colander for a few minutes to allow excess water to drip off.

It’s finally time for the oven! Once the potatoes are boiling, preheat the oven to 220ºC. About 10 minutes or so before putting the potatoes in, preheat the oil. Pour in a thin layer of oil into a large roasting tray and pop into the oven. When the potatoes are ready, carefully remove the hot oil from the oven, add the potatoes (watch out for splattering oil – there might still be some water on the potatoes!), a generous pinch of salt and return to the oven. If you want, you could add some bashed garlic cloves and thyme or rosemary, too. Roast the potatoes  for about 30–40 minutes, occasionally giving them a good shake and turn to ensure they’re browning evenly. When they’re ready, remove from the oven, drain on paper towel if necessary, and season once more before serving immediately. Roast potatoes wait for no man, so have everything else ready once they come out.

A note on oil

There are some hotly debated opinions about the type of oil to use when making roast potatoes. Essentially you want an oil that can handle very high heat and doesn’t impart too much of its own flavour. Sunflower or plain vegetable oil is a good basic because it’s inexpensive and neutral and will guarantee crispiness. Olive oil will get you great results too, but there’s no need to splash out on an expensive tin – a blend will work just as well. Duck fat is another popular option because, aside from the crispiness, it also imparts wonderful flavour, but isn’t vegetarian friendly. Whichever oil you use, make sure you don’t drown the potatoes in the roasting tray. You want to pour in enough oil to roughly cover the tip of your finger. Too much oil means your potatoes will boil and steam instead of crisp up.

Find our basic guide to making the best roast potatoes below, and some of our favourite recipes here.

Get the recipe for ultimate Sunday roast potatoes here.

Get the recipe for duck fat roast potatoes here.

Get the recipe for the crispiest ever roast potatoes here. 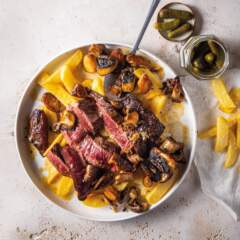 Who says you can’t braai on … 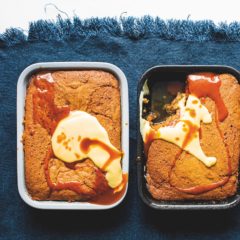 Not that we need an excuse to … 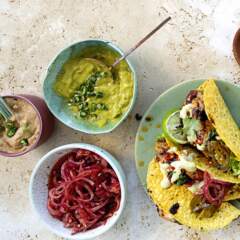 Move over Taco Tuesday, with t… 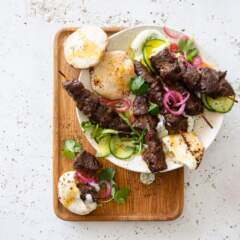 Shake up your midweek routine … 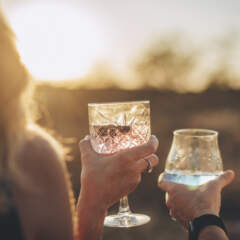 Last Word Kitara is a five-sta… 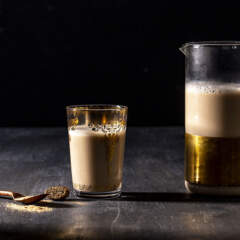 After years of buying chai lat…