What is tempering chocolate?

Tempering chocolate refers to the controlled heating and cooling of chocolate to give it a shiny appearance and a crisp snap. Tempered chocolate not only looks impressive, it also adds a ‘preserving’ element to the finished product. Tempered chocolate won’t melt as quickly as regular chocolate and acts as a secure shell for whatever soft filling is inside. There are a couple methods of tempering, which are seeding, tabling and a process of heating and cooling the chocolate to a specific temperature (using a thermometer) depending on the type of couverture you’re using.

What do I need to know about tempering chocolate?

There’s no two ways about this, tempering chocolate is a rather fiddly process, one that requires patience and specific tools. In classic French patisseries, you might find an automatic tempering machine, but failing that, you’ll get by with a thermometer, a metal spatula and a non-stick silicone baking sheet or wax paper. Once you’ve got your kit sorted, you’ll also need somewhere to melt the chocolate – either in a microwave or in a double-boiler, which you can make by setting a glass bowl over a bowl of barely simmering water.

What can I do with tempered chocolate?

Tempered chocolate is mostly used to cover filled chocolates and other friandises, but it can also make an impressive garnish for desserts or cakes.

A note on the chocolate

If you’re going to temper chocolate, you could probably make do without any tools but you won’t get very far if you’re not using the correct chocolate. If you’ve ever noticed the word ‘couverture’ on a chocolate bar, this is the chocolate you’ll want to reach for when tempering, as it literally translates to ‘covering’. This chocolate has a higher cocoa butter percentage and generally contains less additives such as vegetable oil, flavourings, milk powder or soy lecithin. For tempering success, look for chocolate with at least 32% cocoa butter as this will give the finished product that desired glossy shine. You can temper all types of chocolate, provided they have a high enough cocoa butter content. Glen Williams, owner of Foxcroft restaurant and bakery in Cape Town stressed this to us:  “Spend the extra money on proper couverture, if there are any ingredients other than cocoa mass, cocoa butter, sugar, vanilla and lecithin (and milk solids for milk chocolate), then don’t bother trying to temper.”

Not sure what to do with your tempered chocolate? Here’s some inspiration

Get the recipe for chocolate mousse, espresso sabayon and chocolate shards here.

Get the recipe for two-ingredient magic shell here. 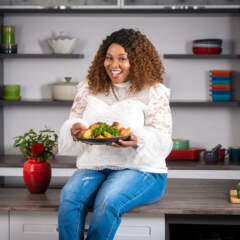 From girl-next-door to cookbook author: Liziwe Matloha on reaching your dreams 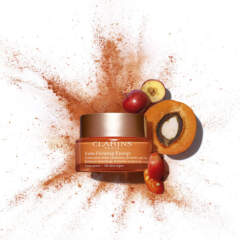 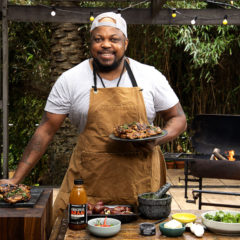 Les Da Chef on the the subtle sourness of mageu

Not all good things in life ar… 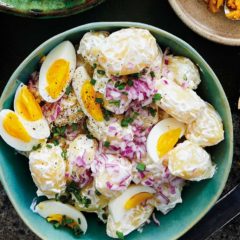 The ultimate potato recipe round-up (as voted for, by you!) 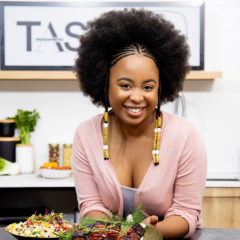 The Lazy Makoti on the comfort and nostalgia of morogo

Often dismissed as a weed, mor… 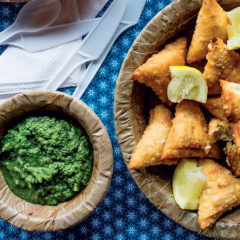 During the holy month of Ramad…

“I remember as a child, growing up in Soweto, wh

Cooked avo: yay or nay? Whatever your answer, Hann

Hands up if you’re obsessed with potatoes! We as

Anyone else feel an uncharacteristic craving for a

We all love a boiled egg, but sometimes you want s

There’s more than one way to make a malva puddin

From pickled fish to hot cross buns and everything

Making pickled fish is easier than you think! Make

How often do you have a plant-based meal?