Get the recipe for bhisto with fried eggs here.

“In the Eastern Cape you often get a teacup of the umhluzi gravy from a stew next to the main plate so maybe umhluzi is our classic sauce. I remember Madiba used to say “ibingaseli na?” (which roughly translated means ‘was the animal that made this meat not drinking?’) if you gave him meat without the umhluzi in a cup – he was saying the meat was dry – but it’s not so much a sauce he is referring to as delicious meat juices.” – Anna Trapido, food historian and author of Hunger for Freedom: The Story of Food in the Life of Nelson Mandela

Is Peri Peri a South African sauce? “The only proper saucy sauce that I can think of is pEri pEri with an E as it is made in SA but that is really a bastardised/appropriated form of Mozambican pIri pIri with an I and definitely not something we could or should claim as ‘ours’.” – Anna Trapido. Nevertheless, we certainly eat vast quantities of it!

Get the recipe for peri peri roast chicken here.

“We do a smooth version of monkeygland sauce at De Vrije Burger and people often ask us what is in it. It’s got no monkeyglands in it whatsoever, obviously. The rumour has it that in the late sixties a Swiss chef came to South Africa and you can imagine the ingredients in the sixties was quite limited and this poor guy probably opened up the cupboard and saw tinned tomatoes, onion, tomato sauce and chutney, and thought shit I’ve got to make a sauce to go with steaks. And monkeygland really is just like a South African barbecue sauce.” – Bertus Basson, chef

Get the recipe for monkeygland sauce here.

“I would have to say monkeygland sauce. The reason is because of the story behind it and the sheer utter madness of mixing so many differently flavoured ingredients. I love it is because no other country knows it, so when you’re overseas and you hear someone ask for it at a restaurant you know for sure that they’re a South African or have travelled our beautiful country before. With regards to taste, that sweet, salty, tangy richness of it works so well with braais and adding to marinades or waking up sour tasting tomato based soups and sauces.” – Lesego Semenya, chef and cookbook author

“We always had amasi in our fridge at home. We never ate in the traditional application, poured over a mound of steaming pap. Rather my mom prepared it as dressing or sauce with to go with biryanis or spicy curry, to balance and/or brighten up the flavour. Strained or plain the amasi was blended with fresh mint and coriander leaves with a slight hint of ground cumin and salt. The sauce has evolved in my kitchen and I add a bit of lemon zest and deseeded green chilli for an extra kick. I make a thicker/strained version now which I serve with spicy braaied masala chops.” – Rupesh Kassen, food critic and food tour operator

What’s your favourite sauce? Join the conversation on the TASTE Recipe Club on Facebook and help us find South Africa’s mother sauces. 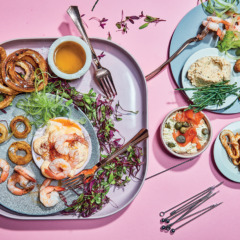 1. Bake the onion rings accord… 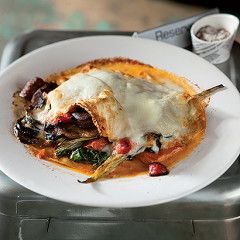 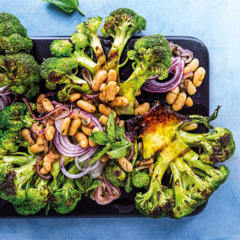 Cut the broccoli head into ste…

These flapjacks by @donnellyabi are so good, you w

Nothing beats the heat like a good ice-cream, espe

Have you gone back to making your own bread in lev

The best thing about peanut butter (other than its

We all love a good peanut butter sandwich, but som

What do you prefer to have in the mornings?