One of the most common features of indigenous foods is the use of fermented ingredients. Before the age of electricity, many foods had to be fermented to make them last – and the tradition continues. Fermentation adds flavour and structure, as well bacteria that help keep your gut happy.

There is evidence of fermentation methods dating back to the origins of central and west African nomadic tribes, and migrating with them as they spread through eastern and southern Africa. I remember as a child, growing up in Soweto, whenever my siblings or I were ill, our mom Gloria would buy us mageu (that’s the name in the Sesotho group of languages – Sotho, Tswana and Pedi; in isiXhosa it is spelled marhewu and has various spellings in other southern African languages).

I didn’t particularly enjoy it, but I’ve wised up to its nuanced notes. So, what is mageu? Originally, it was made with sorghum (mabele) but, like all things in the culinary world, time has brought changes, though the fundamentals remain. Simply put, it’s a fermented drink made with maize meal and water.

It’s best made during warmer months (when the maize ferments faster), but you can buy it ready-made in various flavours. This recipe follows the traditional method but I’ve added a cheffy twist by mixing in a strawberry coulis. They may not have had all the scientific terms, but our ancestors instinctively knew a thing or two about nutrition. Mageu is an invention that proves this, which is an excellent reason to celebrate it.

Find the recipe for mageu with strawberry coulis.

Lesego Semenya aka Les da Chef knows his way about a braai – in particular how to treat that South African favourite, the lamb chop. 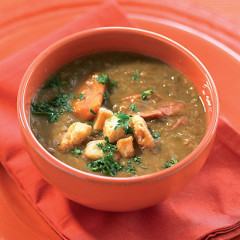 All day lentil and ham soup

Place all the ingredients in a… 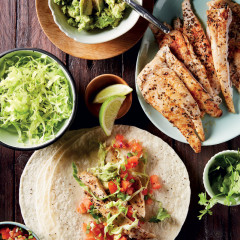 Dust the fish with the chilli … 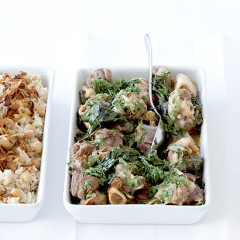 To make the lamb casserole: Pr…