To say I have a tea obsession would be an understatement. I did a quick count and, as I write this, I have 22 different types of tea in my cupboard. That’s just the teas. There are also numerous tea pots and accessories. I’ve pretty much mastered the art of making most teas (no bitter green tea for me), but the one I struggle with is masala chai.

I avoided black tea for years. This was because my mom and her four sisters would ask or trick us kids into making it for them. “Gosh, Annzra, you make the best tea in the world. Don’t you want to make us all a cup?” Seems like a simple request right? Wrong! Making tea for my Indian family involved simmering milk and tea together in a specific way. This made the process tedious. My mom and aunts enjoy tea like this because it’s how my Ma (grandmother) made tea. It connects them to her, which became especially important after her she passed in 2014.

But, when you’re young and making several cups of labour-intensive tea, you don’t enjoy it. Since masala chai is mostly made using black tea, I wasn’t interested in it. As I got older (and chai lattes got trendier), my interest piqued. Chai lattes stirred something in me. The aromas and flavours were so familiar and reminded me of my family. This is important to me as I live far away from them. For years, I bought chai lattes and premixes, which were lovely, but there was always something missing.

This year, I decided to find that missing piece. Initially, I thought chai lattes and masala chai were the same (coz “chai” right?). It turns out that while they have similar flavours profiles, they’re different. Lattes are made by steeping a spice mixture in water and topping them with steamed milk – tea is optional. Masala chai is made by simmering water, milk, tea and spices together. Simmering milk and tea … the way the women in my family love.

This method of making tea is not just my Ma’s way. It’s the Indian way. I have a coffee table book about tea (ironic, I know), called The World Atlas of Tea by Krisi Smith. From it I learnt that India is the largest tea- consuming and the second-largest tea-producing country in the world. While tea was always grown on the continent, it was initially only used for medicinal purposes. In the 19th century, while India was under British rule, the tea plantations were cultivated to serve Britain’s rapidly growing tea habit and black tea became readily available across India. In an effort to make it their own, Indians used local methods and recipes when using black tea and masala chai was born.

Connecting my heritage to masala chai

This made me feel more connected to my heritage in an unexpected way. I’ve always thought of India as separate from me since I am South African Indian (South African first). To me, Durban is the motherland, not India. But clearly, my love of tea is something I share with millions of Indians around the world. I am a descendant of the indentured labourers who arrived in South Africa in 1860. I think about how they, living in a foreign country most likely because they had no other options, made masala chai to feel connected to home. This method of making tea was passed down through the generations, to my grandmother, to her daughters, and to me.

My well-stocked spice cupboard (read more about that here) and tea obsession, means I always have the ingredients to make masala chai. Thanks to all the cups of tea I made for my aunts, I have the simmering part down. Now I need to work on my spice blend. Since there is no definitive way to make chai, I am looking at numerous recipes and tips to make a spice blend that connects me to my family and heritage, but also defines who I am now.

Tips from an expert

Don Sheehan is the creator and founder of Stay Golden, a beverage company that creates beautifully balanced spice blends that are focused on health and authenticity. The products are made with freshly ground spices. I turned to Don for tips on making a good spice blend to use for either chai lattes or masala chai.

What do you think sets chai apart from other tea? What makes it special?

For me, it’s a combination of a few things: The rich history of chai – steeping spices in water or milk to infuse the flavours is a technique that has been used for more than 5 000 years by those practising Ayurveda medicine, long before the commercial cultivation of tea leaves in India. And the amazing flavours of course – spiced teas have an abundance of flavour and depth, depending on how many spices you add to your brew.

What, in your opinion, is the secret to making the perfect cup of chai?

The secret is simple, use the best spices possible and, after that, it is all about balance. I always add a hint of sweetness to my brews to help subdue the bitter flavour notes in the spices, and a pinch of pink salt to elevate the all brew. I also always make sure there is a bit of fat present, such as coconut oil or milk, when preparing plant-based versions to aid in spice absorption. Lastly, take your time. A good chai should be made slowly and not boiled but rather gently simmered.

Find Stay Golden in Cape Town at the Oranjezicht City Farm Market, Conscious Kitchen in Obs and on Kloof Street. 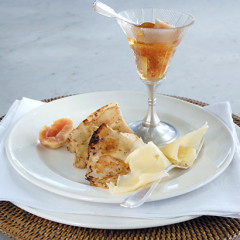 Sift the flour into a bowl. Ad… 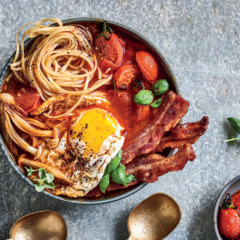 1. Fry the garlic and tomatoes… 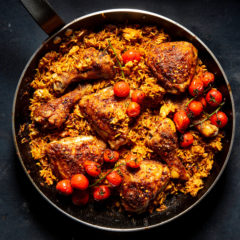