Woolworths is committed to sustainability via our good business journey. Seasonal (and other) products might not always be in stock.

Line a rectangular mould with clingfilm, allowing it to hang over the sides. Place 3 T water in a small bowl, sprinkle over the gelatine and leave to soften for 5 minutes.
Heat ¼ cup cream over a medium heat, until warm. Pour into the gelatine mixture, stirring until dissolved, then allow to cool.
Bring to a boil the sugar, maple syrup and 2 T water. Cook until the syrupy mixture reaches 115ºC on a candy thermometer.
Meanwhile, whisk the egg whites and salt in an electric mixer, until stiff peaks form. Reduce the speed to medium low then add the syrup in a steady stream. Beat until thick and glossy then transfer to a bowl.
Place the remaining cream, the buttermilk, orange juice, orange-blossom water, vanilla and gelatine mixture in a clean mixing bowl, and whisk until soft peaks form. Fold the egg white into the cream mixture then place in the prepared mould, ensuring that the top is smooth.
Refrigerate for at least 4 hours, or until set. Slice into portions and top with pink candyfloss, if using.

TASTE’s take:
In a froth about dessert? Dip your spoon into these dissolving clouds, airborne peaks, which, in the same way that sheer summer dresses flounce weightless on the air, dissolve effortlessly on the tongue. 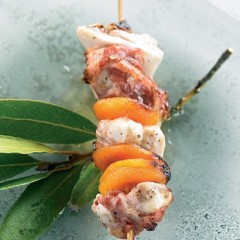 Cut each fillet into 4 pieces.… 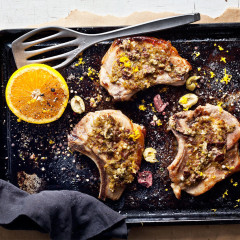 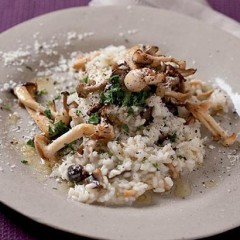