To make the cereal milk, combine the cereal and Ideal Milk and allow to stand for 30 minutes. While it's standing, make the cake sponge.

To make the cake, preheat the oven to 180°C and line 2 x 15 cm cake tins. Sift the flour, baking powder, bicarbonate of soda and salt. Set aside.

Beat the egg yolks and sugar using an electric mixer until light and creamy. Add the milk and mix until well incorporated.

Whisk in the flour mixture until well combined.

Beat the egg whites until soft peaks form, then fold them into the batter in 3 stages.

Pour the batter into the prepared tin and bake for 35 minutes, or until the top of the cake is golden. Allow to cool in the tin to room temperature.

Strain the cereal milk mixture, reserve the flavoured milk and discard the cereal.

Poke holes into the cooled cakes with a skewer and pour the milk mixture over the cake. Allow the cake to stand for 30 minutes until all the liquid has been absorbed.

To make the icing, beat the cream cheese and sugar at a medium speed using an electric beater until smooth. Reduce the speed and slowly pour the cream down the side of the bowl. Scrape the bottom of the bowl occasionally to make sure that everything is combined.

When all the cream has been added, increase the speed to high and beat until stiff peaks form.

Cook's note: Make as many cakes as you like to create a tower. 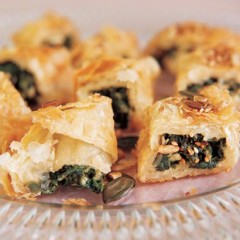 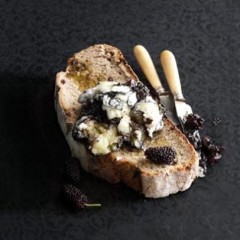 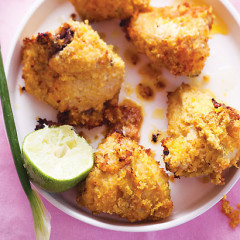