Wash and chop the leeks, celery and parsley from the vegetable soup mix. Peel and cut the carrots and turnips into chunks.

In a large saucepan over a medium heat, brown the chicken in the heated oil. Remove and season to taste. Add the leek, celery and onion to the saucepan and cook gently until softened.

Stir in the garlic. Return the chicken to the saucepan, pour in the water, add the barley, bay leaf, vegetable chunks and parsley (reserve a little for garnishing) and bring to the boil.

Skim off any scum, then reduce the heat and simmer, partially covered, for an hour, or until the chicken and barley are very tender and the broth lightly thickened – if necessary, uncover and reduce over a brisk heat.

Cook’s notes: Use dill instead of parsley for a more complex flavour dimension. Or, for something completely different, use more barley and less liquid to make a thick pottage and top with sautéed mushrooms.

The irresistible aroma of chicken and barley simmering on the stove will cheer up the coldest of nights. Brown the chicken first for extra flavour. 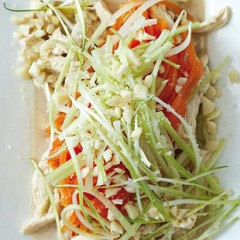 In a saucepan over a medium he… 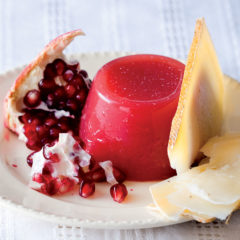 Gruyere with watermelon and pomegranate jelly

In a blender, blend the waterm… 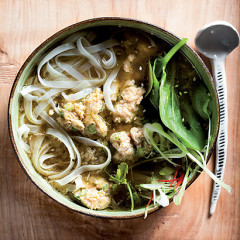 Wash the chicken bones or wing…

What is your favourite cheesy dish?