I love a good rusk, and I especially love an innovative one! This unique recipe makes the most of Woolworths’ seasonal ClemenGolds in a delicately zesty rusk with some indulgent sweetness from the white chocolate drops.

1.  Boil the ClemenGolds in the water until softened, about 10 minutes, then purée until smooth but with a bit of texture.

2. Combine the buttermilk, ClemenGold purée, butter and yeast in a large mixing bowl (or the bowl of a stand mixer) and stir. Allow to stand until the yeast starts to dissolve and bubble slightly. Add the sugar, salt and bicarbonate of soda and mix well.

3. Add two-thirds of the flour and stir until combined. If you're using an electric mixer, use the dough hook.

4. Add more flour while mixing and kneading until the mixture comes together to form a workable dough. If the dough feels right, don't add more flour. Add the white chocolate drops and combine well.

5. Place the dough in a lightly greased bowl, loosely place a piece of plastic wrap directly on the dough and cover it with a damp cloth. Allow to prove for 1 hour, or until doubled in size.

6. Once the dough has risen, shape it into even portions. Roll into balls and pack tightly in a single layer in a greased baking tray or loaf tin, almost like tiny rolls or mosbollletjies. Cover with a damp cloth and prove once again until doubled in size. This will take about 45 minutes.

7. Preheat the oven to 180ºC. Bake for 30–40 minutes, or until golden brown and cooked through. Allow to cool just enough to work with. Once cooled, gently separate the rusks and place on a baking tray. Reduce the oven’s temperature to 90ºC. Slowly dry your rusks out in the oven overnight or for 7 hours. They will be crisp and ready for dunking the very next day! Serve with hot tea.

If you're anything like our deputy food editor Khanya Mzongwana, you're obsessed with uniqueness and food with feeling. Cook her family-tested favourites, midweek winners and her mouth-wateringly fresh takes on plant-based eating. 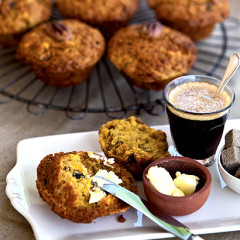 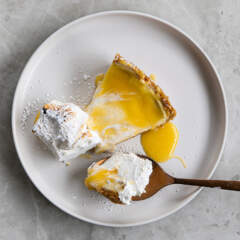 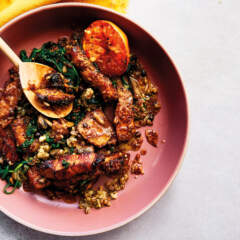