To make the meringue, preheat the oven to 120°C.

Mix the cornflour and almond flour and set aside.

Gradually add the icing sugar, scraping the sides of the bowl to combine all the ingredients.

Add the flour mixture and water and whisk until combined.

Draw 2 x 21 cm circles on 2 pieces of nonstick baking paper and place the paper on baking trays. Divide the mixture between the circles and spread using a palette knife.

Bake the meringue for 1 hour until just crisp, turn off the oven and allow to cool inside the oven for 2 hours.

To make the mousse, place ½ cup cream and the coffee in a metal bowl and stir over a double-boiler until all the granules have dissolved. Add the milk and dark chocolate in batches and stir until the chocolate is melted and combined. Remove from the heat and cool slightly.

To assemble, line 1 x 21 cm springform baking tin with baking paper. Placing a meringue disc on the bottom of the tin, then spread some mousse on top of the meringue. Top with the remaining meringue disc. Freeze until firm.

To serve, remove the rim of the cake tin and the baking paper, then place the cake on a serving plate.

Cook’s note: Triple the ingredients to make a whopper of a cake like the one we photographed. Freeze in batches, wrap in cling film and store in the freezer until ready to assemble your tower. 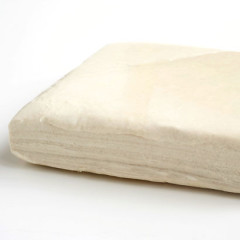 Sieve the flour and salt into … 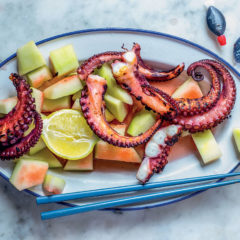 Fill a large saucepan with wat… 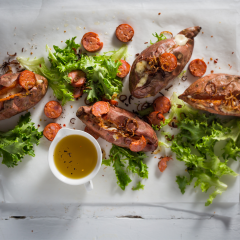