1. Preheat the oven to 170°C and line a 50 x 30 cm baking tray with baking paper, allowing the paper to hang over the edges.
2. To make the Swiss roll, beat the egg whites using an electric mixer until medium peaks have formed. Add 170 g caster sugar and beat until stiff peaks have formed.
3. In a separate bowl, combine the egg yolks and remaining caster sugar, then whisk until thick and pale. Add the vanilla paste and fold in the cocoa.
4. Fold some of the egg white mixture into the egg yolk mixture to loosen it, then add the remaining egg white mixture in thirds, until all of it is incorporated.
5. Pour the mixture into the lined baking tray and bake for 25 minutes – the sponge should still be soft when it comes out of the oven. Allow to cool for 10 minutes, then spread a clean tea towel onto your work surface. Invert the baking tray onto the tea towel and remove the baking paper from the cake. Using the tea towel as a guide, roll up the cake and allow to cool completely. Don’t worry if the cake cracks.
6. To make the filling, cream the butter and sugar using an electric mixer until light and pale. Add the melted white chocolate and combine. Store in a cool place until ready to use.
7. To make the icing, heat the cream until just below boiling point. Place the chocolate into a bowl and pour over the hot cream. Stir from the middle using a spatula until completely incorporated. Add the butter and stir until melted. Chill until ready to use.
8. To assemble, cut the Swiss roll in half and unroll so that you have 2 strips of cake. Generously spread the filling over both strips. Place the shortest ends of the strips together and roll up so that you have one big Swiss roll. Stand the roll on one end on a serving plate.
9. Cover the outside of the cake generously in the icing.
10. Chill for 5–10 minutes before serving.

EQUIPMENT USED IN THIS RECIPE: 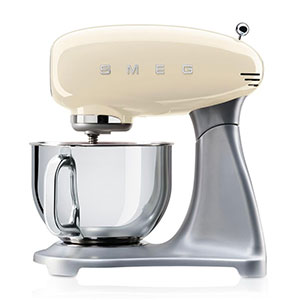 Cook's note: “Be sure to use a good-quality dark chocolate for a thick and creamy icing. You can also make the cake and freeze it to use later. Nutella is a good alternative to the ganache.” 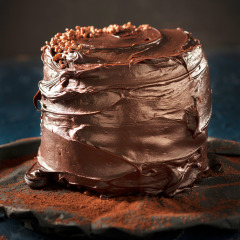 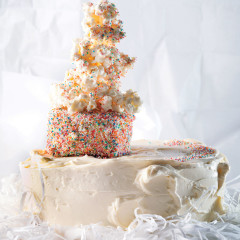 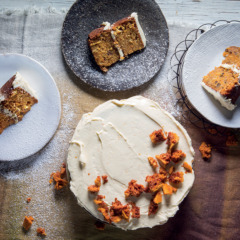 Eat to thrive! The Jan/Feb issue of TASTE is fille

These oven-toasted ham-and-cheese sandwiches are r

The secret to the perfect caramelised onions? Acco