A cousin of haddock, hoki and cod, hake is South Africa’s favourite fish. This deep-water species has delicious flaky white meat with few bones, and is a great sustainable choice in these little fish balls.

1. To make the pickles, use a pin to prick each cucumber a few times. Heat the water, vinegar, sugar, salt, bay leaves and mustard seeds, not letting the mixture come to the boil.

2. Pack the cucumbers tightly into a large, sterilized jar and pour over the brine, ensuring the cucumbers are completely covered. Tightly close the lid and leave the cucumbers to pickle for a week. Refrigerate after opening.

3. For the polpette, place the hake, shallot and herbs into a food processor and pulse until finely chopped. In a bowl, combine the hake mixture with the cold mashed potato, egg and flour. Season the mixture with salt and pepper to taste.

4. Use a spoon to shape the mixture into small balls, arranging them on a lined baking sheet. Refrigerate the polpette for an hour to firm up.

5. Pour about 1cm of olive oil into a heavy-bottomed frying pan and carefully lower each polpette into the oil. Fry the polpette over medium heat until brown on all sides, usually 5-8 minutes.

6. To make the dill yoghurt, combine the chopped dill, lemon zest and grated garlic with the Greek yoghurt. Finely chop two pickles and add them to the yoghurt, along with a 10ml of the pickling brine. Season with salt to taste and serve alongside the polpette.

This recipe is an extract from the Marine Stewardship Council’s new Ocean Cookbook. The cookbook with the message ‘fish for tonight, and for tomorrow’ is a global collaboration between 18 award-winning chefs and 18 sustainable fishers from around the world, united in the belief that sustainable fishing is a must if we are to protect our oceans.

Writer, food stylist and photographer Georgia East is a lover of the West Coast. She even wrote a recipe book about it, called West Coast Wander. Follow her on Instagram: @Eastafternoon. 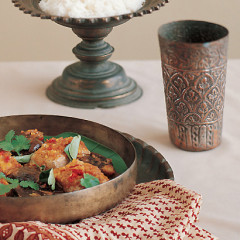 Pour the oil into a large, lid… 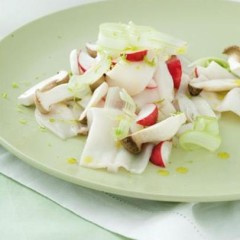 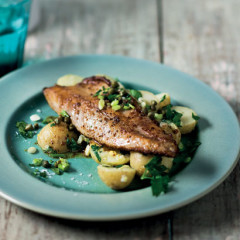