1. Preheat the oven to 180°C. Grease a shallow 25 cm baking dish with a little butter. If you’re using the rum, place the sultanas in a small bowl, pour over the rum and microwave for 1 minute, then leave to stand.

2. Make sandwiches using the brioche loaf, butter and preserve or marmalade (2 T in each sandwich); you should have some butter left over to smear the tops later. Cut the sandwiches in half into triangles and arrange them evenly along the middle of the dish. Put one in the dish with the point-side uppermost and so on, then squeeze a sandwich-triangle down each side. Slide sliced orange in between, if using. Sprinkle with the sultanas and unabsorbed rum (if using) that remains in the bowl.

3. Whisk the egg yolks and egg together with the sugar, and mix in the cream, milk and spices. Pour over the bread and leave them to soak up the liquid for about 10 minutes, by which time the pudding is ready to go into the oven. Smear the bread crusts that are poking out of the custard with the soft butter, sprinkle the Demerara sugar on the buttered crusts and then lightly over the rest of the pudding.

4. Place the dish on a baking sheet and bake for 45 minutes to 1 hour, or until the custard has set and puffed up slightly. Remove, allow to stand for 10 minutes, by which time the puffiness will have deflated somewhat, and spoon out into bowls. Serve with custard on the side.

Cook’s note: This is a great way to use up any leftover bread. Add some nuts or chocolate or whatever you have. Raisin bread is a great alternative if you can’t find brioche or sultanas.

"Bread pudding – the ordinary, comforting, custardy version made with white bread, raisins and smooth apricot jam – was a huge winter family favourite when I was growing up. These days, I like to indulge my love of ginger jam and marmalade (both are alternatives in this recipe) with Nigella Lawson’s grown-up version made with brown bread, cream – and rum if I have it (brandy also works).” – Michelle Coburn

Food stylist Jacqueline Burgess has been working with TASTE for the past six years. She loves coming up with wholesome recipes – whether low and slow or fast 'n fresh. 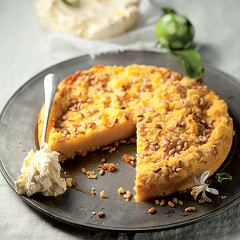 To make the labneh, combine th… 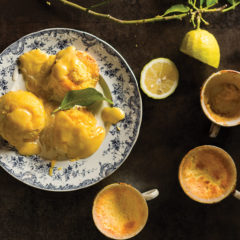 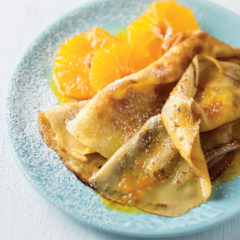 Mix the juice and zest of 4 or…

Start your fires 🔥 Braai season is here and so