Mix the potatoes with the egg, onion, flour, salt and white pepper.

Place spoonfuls of the potato mixture into hot oil to make a thin, crisp, golden pancake.

When the Maccabees regained control of Jerusalem in the 2nd century BCE, they found only enough holy oil in the desecrated Temple to last a day. But miraculously the oil burnt for eight days keeping the flame alight in the Holy Temple until more oil could be found.

Hannukah – the Festival of Lights – commemorates the rededication of the Second Temple. The Festival lasts eight days. Candles are lit each night – from a master candle (shamash) – in a special nine-candle holder – the Menorah. Jews traditionally eat food fried in oil at Hannukah. Ashkenazi Jews, like myself, eat potato latkes. 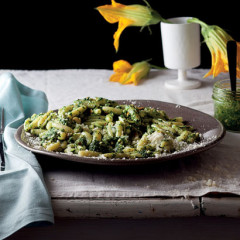 Combine all the ingredients ex… 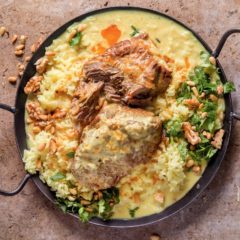 Heat the oil in a nonstick pan… 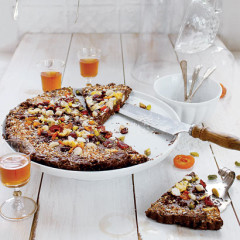 What is your favourite cheesy dish?