Infuse the tea in water to make a strong rooibos stock. Add the potatoes and cook until al dente. Drain, drizzle with the liquid smoke and set aside.

Cook the bacon in a hot pan until crispy. Whisk the condensed milk and yoghurt together, then add the gherkins, chives, potatoes and bacon and mix until just combined. Season to taste.

Grate the eggs and mix into the potatoes. Garnish with chives and a drizzle of truffle oil.

Cook's note: It’s been a big year for the chef-restaurateur. His eponymous restaurant in Nice, France, had its Michelin star renewed, he opened a private dining room called Maria across the road and filmed a cooking show (catch it on VIA, DStv channel 147). As the original potato salad featured at JAN is slightly higher grade (think rooibos gel, confit egg and truffle espuma), he let us simplify the recipe. restaurantjan.com 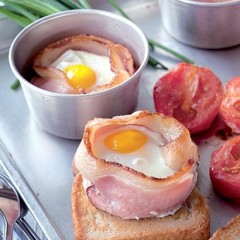 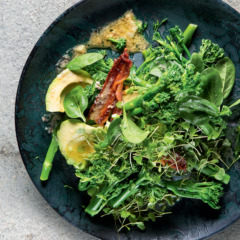 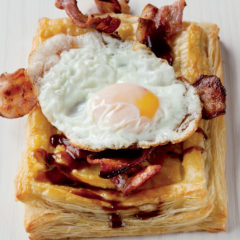 On a baking tray, place a rect…