Mould the mince into 4 patties, then sear over a medium heat on both sides until dark brown.

Top each patty with 2 rashers bacon, a little mushroom sauce and 50 g grated Cheddar. Put under the grill until cheese has melted.

Spread the buns with mustard butter and grill until lightly toasted.

Place each pattie on a bun with 2 slices tomato and an iceburg lettuce leaf.

To make the mushroom sauce, sweat the mushrooms in a drizzle of oil over a high heat, then season with salt and pepper. Set aside. Add the milk to the same pan and bring to a boil.

Meanwhile, melt the butter and mix with the flour to form a paste. When the milk comes to the boil, whisk in the butter-and-flour mixture. Reduce the heat to low and allow the sauce to thicken, stirring continuously. Add the mushrooms and season with salt, pepper and a dash of truffle oil.

To make the burger buns, preheat the oven to 160°C. Mix the flour, salt and butter in a dough mixer to form soft crumb-like texture. Dissolve the yeast in the milk, then add to the flour mixture and knead to form soft dough.

Place the dough in a bowl in a warm place and leave until doubled in size. Shape into 130 g balls, dip in water and then into the sesame seeds. Press flat and allow to rise until tripled in size. Bake for 20 minutes, or until golden brown. 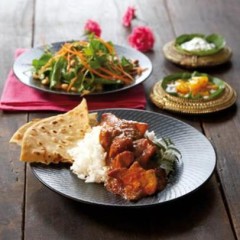 Add the carrot to the salad le… 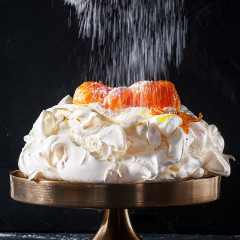 Which lockdown dish are you most likely to cook?