My heritage dessert is tied up with memories of growing up in suburban South Africa rather than with my historical positioning and relevance on the continent of my birth. I have no fewer than five favourite childhood desserts. Three of these, karringmelkpoeding, melkkos and malvapoeding, have some culinary and cultural significance, but Peppermint Crisp fridge tart and ice cream with chocolate-fudge sauce are purely commercial constructs of synthetic sweetness that lie close to my heart.

My sloppy, very South African, Peppermint Crisp tart is, if I dare say so myself, the stuff of legend. I doubt if my mother ever made a Peppermint Crisp tart in her life – it remains my cheeky culinary pleasure. But Marie’s shopbought vanilla ice cream and homemade chocolate-fudge sauce was the stuff of many happy memories in the late 70s and early 80s. And then she stopped making it for some reason, and the sauce eventually became a vague recollection of flavours (reminiscent of a popular fudgy chocolate bar) and memories that I associated with birthday supper treats and braai desserts. I thought of it occasionally, no big deal. Until, one day it hit me that those flavours are forever lost to me, like my mother is lost to me.

My dad asked if I knew how to make Marie’s sauce because it was his favourite, so I tried to recreate it. But after too many trials and too many errors and never getting the taste just right, I sadly gave up on the idea. And then Meggan, next-door neighbour and school friend throughout most of my childhood, found me via Facebook a few years back. Every now and then she sent me pictures of when we were teenagers, or reminded me of church youth group escapades.

Over the interwebs, 40 years later, we reminisced about walking to the Wimpy up our road and ordering waffles, or pink milkshakes, or ice-cream sundaes. We remembered how our habitual aimless wandering through the neighbourhood and to the small local shopping mall irritated my ma, who would admonish us by telling us to “stop drossing”. We recalled talking about boys, but talking was all we ever did because we were both shy late bloomers and boyfriends were mythical beings found only in the paperback romance novels that I devoured almost as greedily as I did sugary carbohydrates. We spoke of how my ma, in her brusque way, tried to make us feel better about our lacklustre romantic lives, tried to still our feelings of inadequacy and envy over the other, more popular, girls by telling us “Vroeg ryp, vroeg vrot”.

One of her favourite Afrikaans expressions, it roughly translates as “if it ripens too fast, it rots too soon”. Then, unexpectedly and quite significantly, years after my mom’s death, Megs mentioned that she still made my mom’s chocolate-fudge sauce and that her mom still had Marie’s handwritten recipe. She gave it to me, reminding me that my ma always used half a cup of sugar instead of the required quarter cup. That made me smile. So, I made the sauce the way my ma would have done, and yes, it was far too sweet. But it carried with it all the sweetness of a suburban childhood, a sweetness that belied the sadness.

Then I made it again, this time changing it by leaving out the sugar, because a recipe, like ways of mothering and being, can be changed. This doesn’t mean that you love it any less, or that the original has less value. It just means that when you know better, you try and do better. And so it is with heritage, I suppose. If we hold on too tightly to the way things were, we deny ourselves the chance to become part of something new. “Beproef alle dinge en behou die goeie.” Try everything and hold fast to what is good, is what my ma would have said, uncharacteristically quoting the Bible. And so I do. 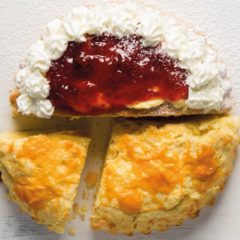 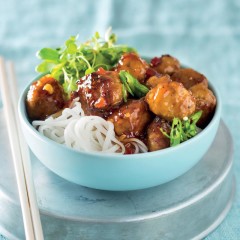 Combine the stuffing from 6 po… 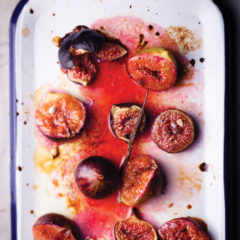 Weekends are for slow cooking and comfort food. @d