In August 2016 the West Coast village of Yzerfontein became “just too frantic” for Evert Smit and Marais Ziervogel, so they headed inland, a mere hour’s drive away, to an unassuming, even sleepier hollow called Aurora. Here, halfway between Piketberg and Velddrif and heaven, they resurrected their homely eatery and pub, Die Rooi Granaat, on the same premises as the late Austrian Helmut Wokalek’s restaurant L’ Aurore. Open from Wednesday to Saturday for lunch and dinner, Evert serves generous portions of “seasonal country cuisine” or, if you want, “traditional South African fare with the ubiquitous twist”. The small blackboard menu changes almost daily: soups and salads, fresh fish from the West Coast, oxtail and tripe in winter… Or book for their traditional Sunday lunch (a set menu) and don’t forget to order a salad for the table … the volcano of creamy dressing in the centre is to die for.

The Swartland is known for its wheat and fabulous renegade wines, but who’d have guessed that incredible oysters could also be found here? Turn off at Org de Rac organic wine farm, where the grapes for South Africa’s first Michelin-starred chef Jan Hendrik van der Westhuizen’s own wines are grown (available at Woolies). Take a seat on the vine-covered verandah and enjoy as many oysters as you wish with a glass or bottle of their Platter four-star Cuvée La Verne MCC while you take in the views of Nieuwedrift farm across the river and the endless wheat fields beyond. Pure bliss.

Warning 1: No matter what you order at this old-fashioned establishment on Riebeek West’s main road, your tongue will appreciate the fact that chef Jaco Slabber trained at Silwood Kitchen under Peter Veldsman. Warning 2: Once you’ve taken your first mouthful of the Old Dalby fillet (a 250 g fillet topped with avocado, bacon and blue cheese sauce) or the slow-roasted pork belly with sweet-and-sour sauce, you won’t be able to stop. Warning 3: Try to leave room for a scoop of Jaco’s legendary ice cream with flavours ranging from Turkish delight, chocolate and peanut butter and Amarula Cream, to liquorice and Port, cranberry, and green fig. The ridiculously affordable wine list focuses on Swartland wines – and don’t forget to try Indieale’s G&T (from Porterville) straight from the keg!

Do you dream of grandma’s Sunday lunches? Leg of lamb, chicken pie, gammon, gravy, pumpkin tart, soetpatats and, yes, rice and roast potatoes … Dream no more! At Die Hut, legendary among locals for its Sunday buffet, you will get it all. There’s even curry afval (offal), lamb stew with green beans, and fresh, crisp vegetables. That’s after you’ve started with home-baked bread with korrelkonfyt (sultana preserve). Do leave space for dessert: we were treated to a mean tiramisu and chocolate mousse with vanilla ice cream. Moorreesburg is just an hour’s drive from Cape Town. Plan a Sunday outing and come and eat your heart out!

5. For a pit stop on your way to the Cederberg: NIEUWEDRIFT FARM (PIKETBERG)

It’s Friday, you’re packed and ready to leave the Mother City for a weekend in the mountains. Get out before the rush and have lunch at Nieuwedrift en route. Here, jovial wheat farmer Johan Mostert, who also started making wine in 2001 (try his very affordable MCC, Shiraz, Chenin Blanc and Blanc de Noir), expanded the offering and built a wedding venue. Then, in 2017 his children and their partners opened the restaurant. Go for the wood-fired pizza – we tried the King Mostert with bacon, halloumi, caramelised onions and crushed cashew nuts, and the Happy Hour with green figs, Brie, caramelised onions and rocket, drizzled with extra virgin olive oil. The bases are thin and crisp, as they should be, and the toppings sinful.

Open from Thursdays to Sundays for lunch and on Fridays and Saturdays for dinner.
Off the N7 to the right, approximately 1 km before the Berg River (9 km south of Piketberg); nieuwedrift.co.za; 064 607 0041

6. For chilling and eating al fresco: LE MUST EATERY (MOORREESBURG)

Set in a former nursery, this new day-time coffee shop-cum-restaurant-cum-delicum-gift and wool shop also serves dinner on Fridays and Saturdays, when you’ll definitely find a meal to match your choice from the small wine list of affordable, proudly Swartland wines. The interior is airy and understated with wooden tables and elegant French-style frills, but on a beautiful day nothing beats a seat in the back garden, where there’s a play area and swimming pool for the kids in one corner. We highly recommend the spare ribs and Angus beef burger, although our waitress informed us that customers sing the praises of the wood-fired pizzas, pastas and peanut butter milkshakes. Unfortunately the huge portions might thwart your plan for dessert… 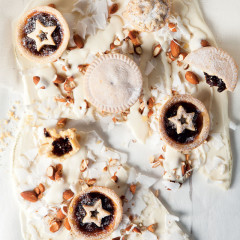 Melt the chocolate in a double… 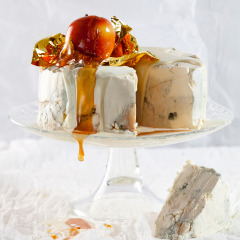 Place the Gorgonzola in a mixi… 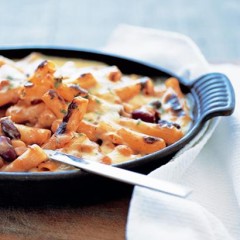 Drain all the beans, including…