The first time Neil blended this wine with me was back in 1990. It was awarded five stars in the Platter’s wine guide that year and it’s still a winner on our shelves. Neil is one of SA’s wine pioneers and he – and now his sons – have always brought a free-thinking approach to winemaking. Pair this bottle with roasts or game – and lengthy discussions about life, wine and rugby, as we always did in the cellar.

The 1989 Grand Rouge was my first Woolworths red blend and it was made with La Motte’s first winemaker, Jacques Borman. These days, our staff often ask me about “that Grand Rogue” wine – I’m not sure if they are referring to me or him! It’s now made by Edmund Terblanche, who was Jacques’ assistant when we started all those years ago.

3. The Pinot that scales mountains

In 1997, Catherine Marshall strode boldly into the male-dominated world of winemaking, then fell in love with the difficult-to-make grape, Pinot Noir. “It’s taken me on an incredible journey on which I have met extraordinary people. I even took a bottle of my Pinot to Everest base camp!” She says of her 2017 vintage for Woolies: “It’s from Elgin, a valley that reflects the pure, bright, fresh and expressive character with restraint and classic Burgundian charm that I look for in a perfect Pinot Noir.

International wine critic Robert Parker says this unwooded Chardonnay “possesses far better balance and sheer drinkability, not to mention more finesse, than 99% of the world’s Chardonnay I have experienced at its price.” Little wonder that it’s been a regular Veritas double-gold winner since Danie de Wet and I first started blending it in 1998.

In 2006, Duncan Savage and I debuted this as a limited release. The first three vintages were awarded Platter’s five-star ratings, rare in those days. Current winemaker Riandri Visser says 8% Semillon adds richness and texture, making it an interesting one to age.

There are two schools of Merlot winemakers: those who want it ripe for the plummy richness, colour and heavy body to produce blockbuster wines, and those who prefer more berry fruit in a lighter style to make classic, perfumey Merlots. Winemaker Edmund Terblanche says the latter approach results in a wine that outperforms the blockbusters in the long run, and this one is juicy, elegant and extremely drinkable.

Beyers Truter and his son, Anri, who took over as chief winemaker in 2007, say there’s been exceptional growth in the popularity of SA’s national grape locally and overseas. Beyerskloof is where Pinotage rules and it’s been a privilege to work with this multiaward-winning farm for years, especially to produce this one, which has soft tannins.

Spier is one of Woolies’ key producers and this phenomenal wine has been on the shelves for 11 years (in 2017, the 2014 vintage was crowned Grand Cru National Champion in the Top 100 SA Wine Awards). Fruit drives it, while subtle spiciness, oak and fine tannins complement the richly textured mid-palate.

This wine by cellarmaster Carl van der Merwe has raked in the awards, including the Chardonnay Trophy and Best White Wine Overall at the 2017 Old Mutual Trophy Wine Show. You can keep it for up to eight years – if you manage to resist the temptation of its delicate oak  flavours with layers of white peach, apricot, grapefruit and vanilla.

The 2016 vintage won the trophy for the best Rosé MCC at the 2017 Amorim MCC Challenge, amazing considering how challenging it is to work without sulphur dioxide, which protects against oxidation. This one’s exclusive to Woolworths.

I lectured Gary and Kathy Jordan at the Cape Wine Academy and they blame me for their decision to study winemaking in California. I take no credit, however, for their success in producing award-winning wines. The Cobblers Hill is one of Woolies’ most awarded wines and it’s the epitome of a richly structured Bordeaux blend, with black berry flavours from the Cabernet Sauvignon (50%), dark plum from the Merlot (30%) and spiciness on the palate from the Cabernet Franc (20%).

Ken is South Africa’s undisputed king of Chenin and the FMC, made with Martin Meinert,flies the flag for local white wines – it’s listed in some of the world’s top restaurants, including Per Se in New York and The Test Kitchen in Cape Town. Incredibly, this year we celebrate the 18th vintage of a wine that’s the ultimate example of what can be achieved with this grape.

Woolworths and the Grier family have been making wines together since 1986 and this MCC – Woolies’ house bubbly from the word go – has always been a highlight. A prestige cuvée is produced whenever conditions favour the production of fine sparkling wine, and this one is fantastic as an apéritif with oysters, or as an accompaniment to salmon or mussels.

Woolworths is the only local retailer to have its own French Champagne label, courtesy of this superb non-vintage supplied by the Alexandre Bonnet House of Champagne. It’s a classic blend of 60% Pinot Noir, 25% Chardonnay and 15% Pinot Meunier and I love the lively, fine bubbles and delicate floral aromas.

Achim von Arnim is by any measure an extraordinary man and in his cavalier style has initiated and driven new ways of working in the wine industry. His mantra is that wine must be enjoyed with food, so when the Woolworths team went to taste this new wine in 1994, he had laid on a feast at 10 am. Needless to say, the wine went onto our shelves and customers still love it.

All prices were correct at the time of publication (October 2018). T&C apply. 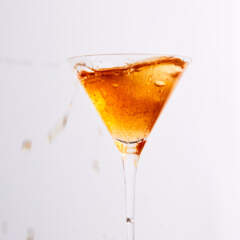 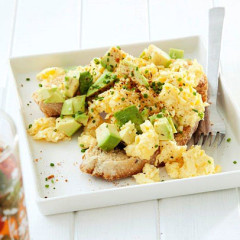 Beat the eggs, milk, salt and … 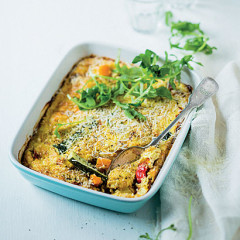