1. Who are you? How did you both get into food?

Side Wing is a family-owned business run by myself Ashleigh Frans (26) , Strone Henry (26) and our boss baby (2). After high school, Strone studied culinary arts at SA Chefs Academy and I studied photography at City Varsity. Food played a huge role in our relationship and still does, so much so that we started a business around it.

2. You’re already very well-known for your out-of-the-box dishes, but for those who are new, could you tell us a little about the concept behind Side Wing?

Funnily enough, TASTE magazine played a huge role in this story. After our studies in our respective fields; we ended up working at TASTE – Strone as a food stylist assistant while I was a photographer’s assistant.
One day after a shoot, the food stylist commented on how together we have “the best of both worlds” and suggested that a combination of our skills would definitely make good business sense. We pondered on this thought for three years before we finally tackled the hardest part of entrepreneurship – STARTING UP!

After thorough planning, we did a test photo shoot together. At the time I did not eat chicken but since that was all that we could afford our shoot was of chicken wings with a blood orange hot sauce, rainbow carrot slaw and a black garlic aioli. I remember us shooting this massive milkshake, too. And in the “fairy-tale version”  this is the dish that brought me back to eating chicken again.

Six months after that photo shoot, with the support of our family and friends, we started A Young Chicken Wing Thing  in Strone’s mom’s kitchen with just one deep-fryer and a few kilograms of chicken wings.

Almost four years later and it’s incredible to see things in full circle, here we are again in TASTE magazine but this time for our own credits – making this entire experience even more special than it’s already been.

3.Talk us through your menu. What are some of your favourite dishes?

Our menu is never constant, although some things may be repeated like our BBQ and buffalo chicken wings. If it doesn’t change weekly, then it changes monthly. Most of the time it’s because we want to do something new, we want to give our customers something new. Sometimes those new menus are welcomed and sometimes they push our customers to simply try something they usually wouldn’t. All our sauces are made in-house from scratch. Mayo, burger sauce, BBQ sauce and buffalo sauce. Our favourite wing flavour is the Korean BBQ made with gochujang and sweet soya sauce topped with toasted sesame seeds.

Our favourite thing on the menu is our pork belly spareribs. They’re poached in our miso broth, which has become our master stock for many of our other menu items. They’re then grilled and basted with various BBQ sauces. We’ve made a Ballantine’s whisky BBQ, which was a customer favourite, as well as a coffee BBQ sauce, which raised some eyebrows at first, but it too became a hit.

Our most popular dish other than our wings is the doughnut beef burger, which started as a joke but has become something we are “famous for” – not our words!  We make our own brioche doughnuts with a mustard glaze. We alternate between beef and chicken but find that the double smashed beef burger, Cheddar cheese, crispy onions and bacon jam and our in-house burger sauce was the biggest hit among our customers. It’s another menu item you question at first but once you try it you’ll understand the craziness actually works.

We’ve since made a simpler version of the beef doughnut burger (a single smash patty, crispy onions, Cheddar cheese on our home-made brioche doughnuts with a mustard glaze), which is currently available at Maker’s Landing until the end of January. All our menu changes are communicated via social media.

4. How do you come up with your inventive recipes?

Strone’s culinary training means that almost any of our cravings are able to materialise – that’s literally what it is sometimes. We think of or see something we like and later try to throw our own spin on it and put it on the menu. It’s worked thus far. Social media – YouTube – especially keeps us inspired with our peers in the food industry.

5. You’ve recently opened a space at Makers Landing – can you tell us about it? Will it be any different from your original Ottery location? What does being part of Makers Landing mean to you and your business?

Makers Landing is a space we envisioned for ourselves in our long-term goals. To see it materialise into reality is scary as it makes you question whether we are moving a bit too fast, yet we understand that it’s an opportunity we couldn’t refuse. The month that we’ve been at Makers Landing has already taught us so much about where and what we need to do to sustain our business more efficiently. It’s brought us into a supportive community of likeminded and inspiring individuals. Given the current economic situation, keeping the same menu at both locations seems to be the most beneficial for us right now.

6. With the recent reintroduction of stricter COVID regulations, the food industry has hit a bit of a speed bump again. What is your take on this? What would you like customers to know about supporting their favourite eateries?

COVID, load-shedding and economic decline are just a few of the challenges the food industry had to endure during the rollercoaster year that was 2020. It feels as if we are running a completely new business even though we are entering our fourth year of trade. Nothing is the same! We’ve had to adapt to the rapid changes with sometimes a day’s notice. This is physically and mentally exhausting, especially when having a small business as your main source of income. We ask that customers support local as much as they possibly can. This is the only way we will get through the current situation, if we work together to help those around us. Even if it’s just a share on Facebook, a retweet on Twitter or a repost on Instagram. Help your neighbour!

Keep up with Side Wing’s ever-changing menu by following them on Instagram. 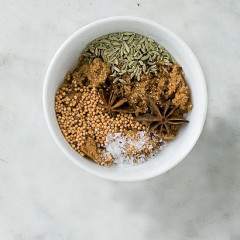 In a non-stick frying pan over… 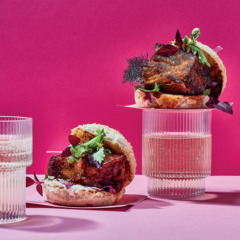 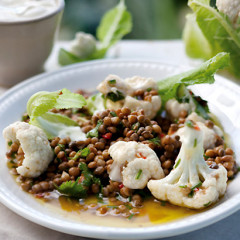