1. Start by telling us a little about yourself. Where did you grow up? How did you get into cooking? Was it always something you wanted to do?

My name is Mmabatho Molefe, I was born and raised in KZN, with a Zulu mother and a Sotho father. I grew up in a small complex in a suburb outside of Pinetown called Nagina. It was a very close-knit community and there was every single fruit you can think of growing in each of our neighbours’ gardens.

My sister and I used to always watch a TV show called Ready, Steady, Cook and once we were done we would make mud pies and cut up leaves and pretend that we were cooking. From then I knew that cooking would definitely be something I would do.

When I was in high school I had to leave school because I was flunking maths and that gave me an opportunity to go to a school that offered hospitality and consumer studies, which is where I got to wear my chef’s uniform. But growing up in a home with ambitious parents and also during a time where education was seen as the only way to be successful, so I thought being a chef was not a good option. I went to university to study a Bachelor of Arts in politics, philosophy and law with the intention to bridge into a law degree and be able to leave varsity with two degrees. But after writing way too many supplementary exams for law (mainly because I spent most of my time cooking) I asked my mother if I could go to culinary school.

2. You first made your way onto our radar through your Long Table Experience. Can you tell us a little about that? What was the concept behind these dinners? Are you still doing them at all?

I started the Long Table Experience for multiple reasons. The first one was that growing up as a child, seeing people dining alone always used to bother me. I don’t know whether it was because for my family going out to a restaurant was an occasion or because I was seeing my future self in them.

The second reason was that after finishing culinary school I had these delusions of grandeur so I wanted to work at only a top 10 restaurant. When I didn’t get any replies from all the emails I sent I decided to go back to Durban and host a dinner for friends and family but I didn’t have the money to do it so I sold tickets to them and got great support. It was so poorly planned but the food was good and the guests had a good time.

I did the second one which was in partnership with Diemersfontein wines but made a terrible loss because the venue cost half the ticket price. When I moved back to Cape Town, I pitched the idea to my mentor and he showed me nothing but support and I was able to host three dinners at Auslese during my off days. Then COVID hit and we haven’t been able to host anything since. But I recently had a chat with a great sommelier from the House of Pinotage and hopefully we will be able to collaborate on something in January.

3. Excitingly, you’re part of the new food market at the V&A. Tell us about Emazulwini restaurant. What’s the concept? What was the process of being part of such a new, revolutionary market like?

Emazulwini is a modern Zulu-inspired restaurant that seeks to celebrate Zulu cuisine and showcase African ingredients. Whenever I think of Emazulwini I think of divine intervention mainly because of the way it came about from conceptualising it to it becoming a reality. It also came at a time when I was recently retrenched and was not getting any replies from my job applications. The name is fitting since it means “the heavens” in IsiZulu.

We have been very fortunate in finding amazing people to work with, who have made it their objective to celebrate South African cuisine and give it a platform of its own. We have also been blessed with a funder that has shown major intentions on wanting the business to succeed. Even if it means taking time to be part of the process.

Starting a business is challenging, especially in the climate we are in, but we are very excited to be unapologetically who we are and celebrating that.

4. You’ve described Emazulwini as a modern Zulu-inspired restaurant celebrating Nguni cuisine. What are you most excited for people to learn about this cuisine? Can you tell us about what kinds of dishes we’ll find on the menu?

I described Emazulwini as a modern Zulu-inspired restaurant because the food we prepare is sometimes completely different to how it is traditionally presented. So this will be my take on traditional Zulu cuisine. For the longest time I have been trying to find a balance in terms of my identity as a modern half-Zulu woman and Emazulwini represents exactly where I am. Because I am young and a novice I think it will be forever changing and improving.

What I am excited about people learning about our cuisine is that it doesn’t always have to be heavy, slow-cooked and monotonous in colour. That it doesn’t have to be something that people are apprehensive about trying, and also that people realise that it is actually good, delicious food that deserves as much respect as any other cuisine.

Because our restaurant it very small our menu is very small, too. That way we will be able to continuously introduce people to different dishes. Our menu consists of a sharable menu option, which is ideal because not only does it allow our guests to try everything on the menu, but it also stays true to how food should be eaten. We also have a single serving options for those who don’t like sharing their food.

The dishes I am particularly proud of are:

This is ox tongue and variations of tomatoes. There is thinly sliced ox tongue, which has been brined and slow-cooked, that we serve with a tomato relish purée, some salsa jellies, fresh tomatoes, julienned chilies, crispy onions and an amasi dressing.

Obviously my love for sour milk shows as it makes its second appearance on the menu but this time as a dessert. Uphuthu is a staple in Zulu cuisine and when you have it with sour milk it is cooled down and the texture changes into an almost dry consistency. Because I’m a rebel I have mine with sugar, which is part of the reason I thought it would make a great dessert. This is a maize crumb with puffed mielie rice, whey gel, whey caramel and amasi ice cream.

My ultimate favourite and this is because I remember the first time I tried it and enjoyed it so vividly. This is a sweet pumpkin porridge that is served warm with orange caramel, roasted pumpkin pieces and a cinnamon tuille.

5. Why do you think it’s so important to celebrate Nguni culture in this way?

Emazulwini represents a balance in my identity as a modern Zulu woman. I think it is important to celebrate Nguni culture because as young black South Africans I think we are largely influenced by the world we live in, which sometimes negatively impacts our traditions and culture in that we sort of let them go. Because African culture and tradition is more folklore than written history, it could easily take one generation not passing it down to lose it. So for me celebrating our culture in this way allows me to take advantage of the tools and techniques available to us now, but also makes sure that I am continuously searching, learning and sharing Zulu history, traditions and, most importantly, Zulu cuisine. I just hope that Zulu/Nguni people think I am doing it justice.

6. What is your favourite dish from your childhood?

I have a couple of favourite dishes from my childhood. Some of them are not because I ate them all the time but because they have been living in my mind since the first time I tasted them. Those dishes are inyama nedombolo which is meat and dumplings, isijingi, which is sweet pumpkin porridge, and incwancwa, which is a fermented maize porridge.

7. You’re likely going to be very busy over the next few months, but is there anything else you’re working on that people can look out for?

Obviously I will be devoting most of my time to Emazulwini to make sure that we are able to achieve what we have set out to. 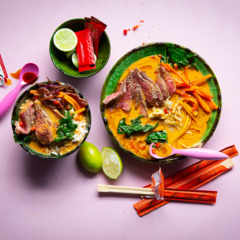 1. Season the steak with sea s… 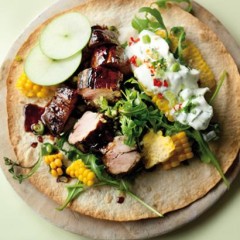 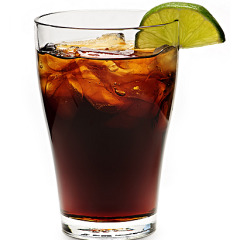