The undisputed potato champion was not just roast potatoes, but duck-fat roast potatoes. In our food fight that pitted regular roasties against the duck-fat variety, duck fat came out on top with a 59% win.

Get the recipe for duck-fat roasted potatoes here.

No surprises here, but when we asked about whether potato should include mayo or not, there was a resounding vote for mayo – almost 85%. This recipe sticks to the classics, complete with mayo and boiled eggs.

Get the recipe for potato salad here.

Rather unfairly, we’ll admit, we put potato bake up against mash and 60% of you voted for potato bake. One look at Abi’s recipe and it’s easy to see why.

Get the recipe for Abi’s ultimate potato bake here.

Although mash didn’t beat potato bake, it still popped up when we asked what your favourite potato recipe is on our stories a few weeks ago. For this reason, we’re including this insanely cheesy version here.

Get the recipe for aligot here.

Many of you listed chips as your favourite way to eat potatoes, and 58% of you picked proper slap chips over skinny French fries.

Get the recipe for salt-and-vinegar chips here.

In the battle of the breakfasts, potato röstis beat latkes almost entirely, with 72% of votes.

Get the recipe for oak-smoked Norwegian salmon with home-made röstis and celery salad here.

Despite losing out to röstis, we’re still including this recipe for latkes in this round-up, out of respect to the 28% of people who voted for them. You matter.

Get the recipe for potato latkes here. 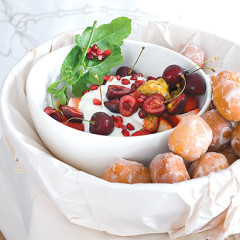 Place a small bowl into a larg… 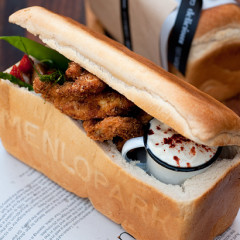 Mix the spices with the salt a… 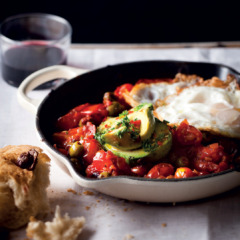