One of my 2019 goals is to make one new dish every week, from TASTE obvs. Lofty, I know. Especially when the husband is a Salad Dodger and there is a toddler in the mix. But so far I’ve kept it up.

First week of Jan: Hannah’s spicy pork tacos with watermelon, salsa verde & peanuts from the latest issue (Jan/Feb 2019, pictured below). This combo is an insanely good flavour explosion of hot, sweet, crunchy and fresh. The Salad Dodger eyed the watermelon and the peanuts (?!) and was unconvinced. Then he tried it. Boom!

Second week of Jan: The new Bolognese (from July 2018). I’m a Bolognese ragu purist, so I was sceptical of a version involving chicken mince and sundried tomatoes (my worst) even if it was Abigail’s recipe. Then an Italian reader wrote to us to say how impressed he was with the “new Bolognese”. Well, alright then.

It’s faster, lighter and easier than regular Bolognese, which is great if you’re planning to feed it to your 19-month-old (I split the soffrito into two batches after sautéeing for a bit and then do one pot with chilli and salt and one without for Holly). I didn’t have anchovies or pancetta so I added Umami paste from a tube lurking at the back of my pantry with other condiments I tend to buy while travelling and then “save” for no apparent reason.

The Salad Dodger came home while I was cooking and asked what it was. “Chicken Bolognese” I said. He looked pained. “Why?” he said in a choked-up voice. I told him about my resolution and the Italian reader. This seemed to satisfy him. So did the Bolognese. He had seconds and he took it to work. Twice. He said, as he often does admittedly, “That was one of the best things I’ve ever tasted in my life!”

Holly didn’t hesitate over hers. She shovelled it down quite unlike a child that had eaten a whole mielie and three chicken-and-feta sausages for lunch.
It’s a winner, I tell you. 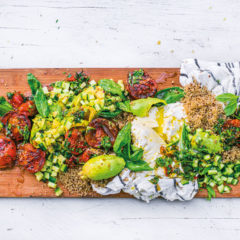 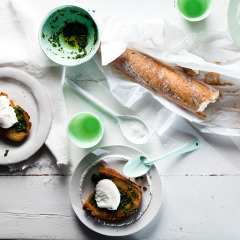 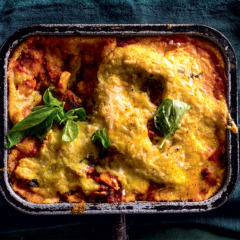