Last week, our March issue inspired me to attempt home-made pasta or Abi’s scones on the weekend. It’s the “how to cook better issue”. I’m ashamed to say I have never made scones or pasta from scratch, despite being the proud owner of a pasta machine that I was given as a birthday gift 20 years ago. True story. I once had an unfortunate experience with some pumpkin gnocchi and haven’t been able to muster the courage since.

By Saturday afternoon, I realised home-made pasta was probably a bit ambitious for the weekend after deadline. We ordered pizza.

But on Sunday we had the extended family over for an early evening braai. The Salad Dodger loves a braai. He likes to toast the burger buns on the grill and make sure the patties are medium rare. I’m relegated to pudding duty.

There’s a dessert recipe I’ve been wanting to try ever since we published it in the braai issue in 2017. It’s Phillippa Cheifitz’s recipe for baked ice-cream pudding.

It may sound improbable, but I learnt to cook from Phil’s early cookbooks, the now highly improbable Cosmopolitan Cookbook, for one. If she says it’s delicious, then there’s no doubt in my mind. Besides that, it involves only four ingredients, minimal prep and just 30 minutes in the oven. What’s not to love?

Ice cream is basically frozen custard, made the proper way – with eggs and cream and sugar – so letting it melt, mixing it with frothy whipped eggs and then pouring it over bits of cake in a buttered baking dish, is not a world a way from making a bread-and-butter pudding. So I was expecting that kind of result, but what we got was something even better: it was airy and gentle and buttery and melty in the middle, a lot like my mother’s much-loved buttermilk pudding (pictured below), which I tried to make once, unsuccessfully. 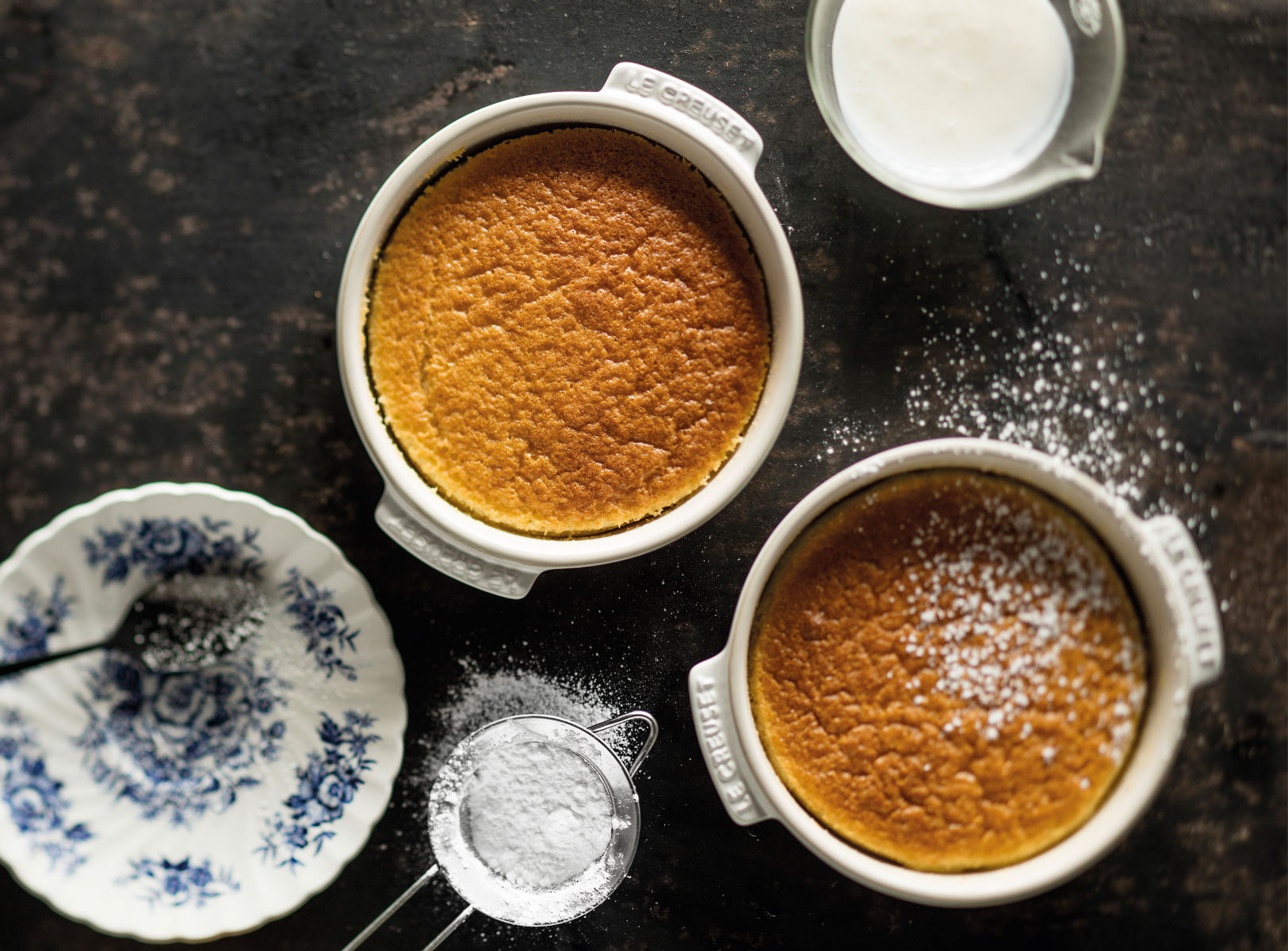 My mom’s pudding involves separating eggs, stifling panic when the batter looks watery, using your arms like a bird (her words), then baking it in a bain-marie. And yes, that does mean a large dish of boiling water that you will have to take out of the oven very, very carefully while a toddler is yanking at your shorts.

It is absolutely delicious, but I also have a life to live, and in Phil’s recipe the ice cream does all the work. The top is also crusty if you eat it straight out of the oven.

I served it with fresh blackberries and more ice cream and everyone forgave the Salad Dodger for burning the burger buns. 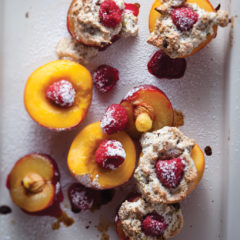 Roast peaches and plums with oats and pistachio meringue 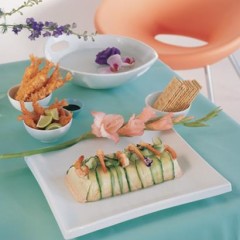 In a deep saucepan, heat the o… 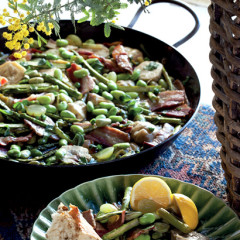 Blanch the peas and broad bean…

What do you prefer to have in the mornings?