When life gives you load-shedding, make sure you have a solid repertoire of 30-minute supper solutions. A gas stove helps too. (I love my SMEG hob. Yes, it’s a shameless plug, but it’s true.)

Some recipes have a way of going viral unexpectedly. This is one of those. It was one of fifteen quick & easy ideas for entertaining that Hannah developed for our birthday issue last year – in between a slew of incredible cakes. It could have been a blink and you’d miss it dish, but then Kelly, TASTE’s food nerd account director, mentions she’d made it and loved it and – boom!

Two people at Woolworths’ head office – who don’t work together and are not in the food department – have now told me that they’ve made it (note: these Woolworths insiders read TASTE out of choice. They don’t get free copies and they don’t get WRewards points for making the food. They just get to eat well). They both said it was brilliant. They’re not wrong.

Frankly, any recipe that starts with frozen hake fillets and ends up with a one-pan wonder of flavour-packed deliciousness in under 30 minutes deserves a special place in the food hall of fame. It also helps that “puttanesca” contains some of the most delicious ingredients on the planet eg. Anchovies, Parmesan, olives, tomatoes – umami, much?

I asked Hannah where her inspiration came from and she said “my parents.”

“They don’t cook with cream or butter so they always choose ingredients with lots of flavor. We made this with fresh fish when we were in holiday in Italy.” Naturally.

Of course you could use fresh fish and I probably will at some point, but the frozen fillets add a level of convenience genius that can not be overstated.

I make the sauce and grill the fish (FROM frozen, people!) while my wannabe-vegan stepson, Nicholas, baths The Cherub. Then I add the fish to the pan, grate over the Parmesan and leave it off the heat for about 7 readings of The Owl and the Pussycat and one extended tantrum. Once she’s asleep (and the power is back on) I grill the dish for the required 7 minutes and we eat it with polenta and fresh basil. All before 9pm.

I should mention that Nicholas, who until recently was also allergic to fish, is an annoyingly “disciplined” eater. Unlike me (and his father) he eats according to his appetite. This means he doesn’t always finish his plate and never gains weight. As far as his father is concerned, he’s on a permanent hunger strike.

He had two helpings of Hannah’s puttanesca baked fish. My work here is done. 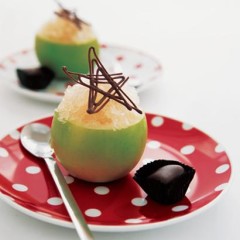 Place the cider into a contain… 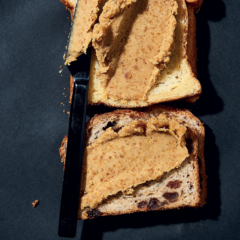 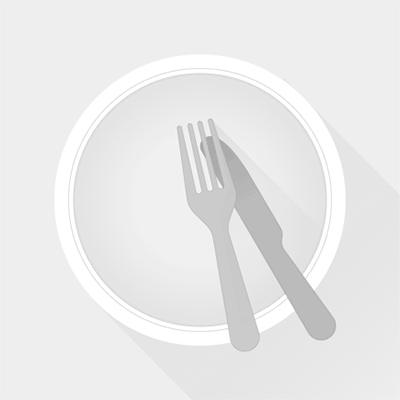 Place all the ingredients exce…