Winemakers often say that it takes a lot of good beer for them to make great wine. And while the progression from beer to wine seems logical (see the beer-drinkers wine guide here), there is sometimes a need to go the other way.

Ask anyone who enjoys wine and you’ll find that after a while (read: after quite a bit of drinking) your tongue suffers from wine fatigue. So I asked a few winemakers for their advice based on style and flavour characteristics, and also chatted to Manie Potgieter – owner of Roeland Street Liquors in Cape Town, which has one of the best selections of craft beer in SA.

That’s the advice of Pieter Ferreira, cellarmaster at Graham Beck Winery, known for producing brilliant bubbles such as its Brut MCC. Why? After a few glasses of bubbles you’re still going to want that uplifting, refreshing feeling. Pieter also enjoys a crisp, light Desert Lager when he stops in at neighbouring Saggy Stone in Robertson mid-mountain bike ride. Manie’s suggestion, on the other hand, is to go for Boston Breweries’ Naked Mexican, a light, golden lager.

Chenin has to be the most versatile grape in South Africa, with many different expressions. I asked Chris Mullineux, of Mullineux & Leeu Family Wines, for his thoughts, bearing his Kloof Street Chenin in mind. “I look for a beer that is light, not intense, and has good freshness – like this wine. Something like a Tafel Lager, a Devil’s Peak Lager or one of its India Pale Ales hits the mark.” Manie agrees, recommending the Devil’s Peak First Light IPA as a good complement to an unwooded, light Chenin.

Heading over to the light red side of things (because yes, you can drink red in spring and summer), Andries Burger of Paul Cluver Wines – known for his international awardwinning Chardonnay and Pinot Noir – says that after drinking his Ferricrete Pinot Noir, you want something that matches the fruity components and the slight nutty aspect and lingering finish of the wine. Andries is a fan of the Darling Brew Slow Beer, a lager that has a similar thirst-quenching profile. (Manie likes the idea of having six at the pool! Beers, not wine. Drifter Brewing’s Legend Lager is what he has in mind.)

Cinsaut is another great light-bodied red variety. And who better to ask than The Winery of Good Hope winemaker Jacques de Klerk (winner of the Platter’s 2017 Best Red wine in SA)? “The weather’s warming up and after a hard day, I can easily open a bottle or two of our Radford Dale Thirst Cinsaut. It’s a real session wine.” He also likes a good session beer with complexity and structure – the Striped Horse IPA is a good example. Manie’s take on this wine-beer progression is slightly different but just as rewarding. He recommends a saison, a complex Belgian-style beer, like the Session Saison from Ukhamba Beerworx. Made from sorghum, this gluten-free beer is a winner.

For slightly cooler spring days, a wine like the Tamboerskloof Syrah from Kleinood Winery is perfect. Their quirky winemaker Gunther Schultz says this is because it’s not as weighty as some Shirazes. “I like to think it’s the touch of Mourvèdre that makes it different.” Interestingly, he says he could also switch to a Pilsner Urquell. Depending on the style of Syrah and how much spice you pick up in the wine, Manie says he could drink a stout or Aegir Project Brewery’s Giant IPA. The gentle bitterness of the hops, along with biscuit-like malts, makes for a smooth transition. But don’t believe everything I, winemakers, or anyone else tells you.

Go and find some great matches yourself! And share your finds with friends, or me. ishotimagesza #fromwinetobeer

Jon Meinking is a photographer and wine connoisseur. He is also the host of SA Wine Showcase on Hashtag Radio where he shares all things related to the South African wine industry. 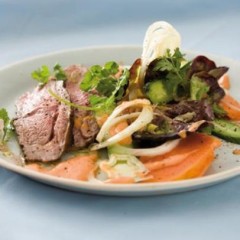 Coconut and sweet soya lamb with a fresh papaya dressing 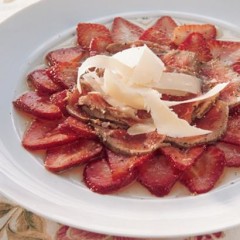 Roll the fillet in pepper, fen… 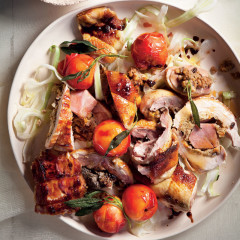 It might not be as cool as cauliflower, but cabbag

What is the ultimate South African dessert?