We often think of restaurants in the same way we think of shops, albeit ones we spend considerably more time in and with a much higher risk of being poisoned. However, real restaurants are actually pretty far removed from the in-and-out, shake-it-all-about culture of shops. They’re usually owned by a cheerful couple, or a plucky immigrant, or a cheerful couple of plucky immigrants. Often these owners have sunk all they’ve got it into this venture, their dream of providing diners with their unique blend of Japanese-Malay breakfasts or whatever.

In many a sense, eating at a restaurant is like eating at somebody’s house, if not the owners’, then certainly the chef’s. They are cooking to make you happy, or at least not so unhappy that you don’t tip.

Given the unique blend of privacy, trust and gratuity calculation that defines restaurant dining, one should always approach it in the right frame of mind. That’s why we, die-hard diners of TASTE, have put together this handy list of what not to do in your local bistro, brasserie or bento-box provider.

Like bank managers and clowns, you may be surprised to find out that waiting staff are people too. They have their own hopes and dreams, most of which don’t involve asking how you would like your rump done. Say hello, ask how long they’ve worked there, compliment how well they wear their beige-polkadot uniform. It’ll make your dining experience all the nicer, and may well ensure that your glass of wine is a few centimetres over the line.

The saying when in Rome is popular for good reason, it makes sense. Just because your pizza joint offers tuna steak doesn’t mean the chef is a fisherman, certainly not if he’s from Rome.

It does happen that you get seated at a sub-par table. Perhaps you’re stuck in the middle of an eclectic, rowdy wedding ceremony or the lady at the next table used petrol instead of perfume. In these situations, it is perfectly acceptable to ask the staff to accommodate you elsewhere in the restaurant. What you shouldn’t do is emigrate to the other side of the room without telling anyone, leaving your waiter to lug your magnum of Shiraz to a now barren table.

These days restaurants have less in common with the dining rooms of lore and more with the Las Vegas strip. Noisy restaurants are not the best place to enjoy your fillet mignon and it all starts with somebody shouting. Don’t let that person be you, rather learn sign language.

Unless your waiter has been a wine-spilling, order-mishearing oaf, don’t tip less than 10%. It’s probably the only thing supporting their jazz habit.

If you’re reading this, there’s a good chance you know the difference between Gruyere and goujons, but that doesn’t mean you can beat a chef at his own game. Asking if you could replace the capers with peppadew could get you shot in Paris. Trust the man with the knife/blowtorch.

Some may call it personal preference, some may say it’s safer, but there is nothing that will earn you the ire of restaurateurs quicker than asking for your steak burned well in the flames of the hell.

Wine has enough pretentiousness associated with it, some necessary, some not, without you turning the pre-drinking wine test into an episode of Downton Abbey. If it’s off, you’ll know, if it isn’t, drink up.

9. Take your food too seriously

Food has come a long way since the grim days of post-war rationing. You can’t walk a step without being accosted by artisanal meat smokers or boutique water bottlers. Much of this does indeed result in a much more fulfilling approach to food. However, your waiter is much more concerned with his aforementioned jazz addiction than with what kind of grass the cows’ grandparents were fed. If you’re that interested, lurk in the shadows outside until the chef leaves, then follow him home before accosting him.

You may think you’re recreating the spaghetti-kiss scene from The Lady and the Tramp but to everybody else it looks like you’re having each others faces for dessert. Leave your tongue to the food so that everybody else doesn’t get put off by your tonsil hockey, or worse.

Follow these tips, food-eaters, and you should get through life without grossly offending any chefs, waiters, managers or dishwashers, ensuring a better life for all. 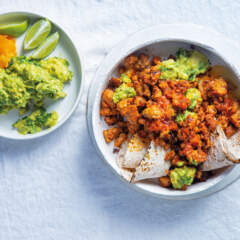 1. Sauté the red onion and ga… 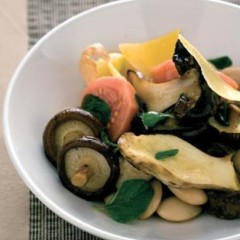 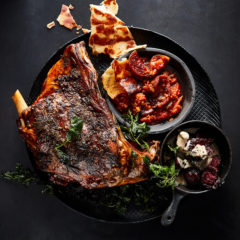