If you have ever dined at Cape Town restaurant Janse & Co, you’ll know that its chefs produce spectacular dishes worthy of critical acclaim. Since lockdown, they‘ve been serving a very different kind of food – but one of which they can be equally proud.

“When lockdown hit, we had a meeting with Danny (Diliberto), the founder of Ladles of Love,” says Arno Janse van Rensburg, who, along with his partner Liezl Odendaal, runs Janse & Co. At that time, there was no one in the Ladles of Love kitchen with professional kitchen experience – it was all volunteer-based. Liezl and Arno joined the team and cooked 800 meals on their first day.

We immediately realised that 800 meals weren’t enough. We had to increase our capacity. The need for food increased immensely.” From there, the team moved the kitchen from its Roeland Street home to the Cape Town International Convention Centre (CTICC) where they began ramping up production considerably. 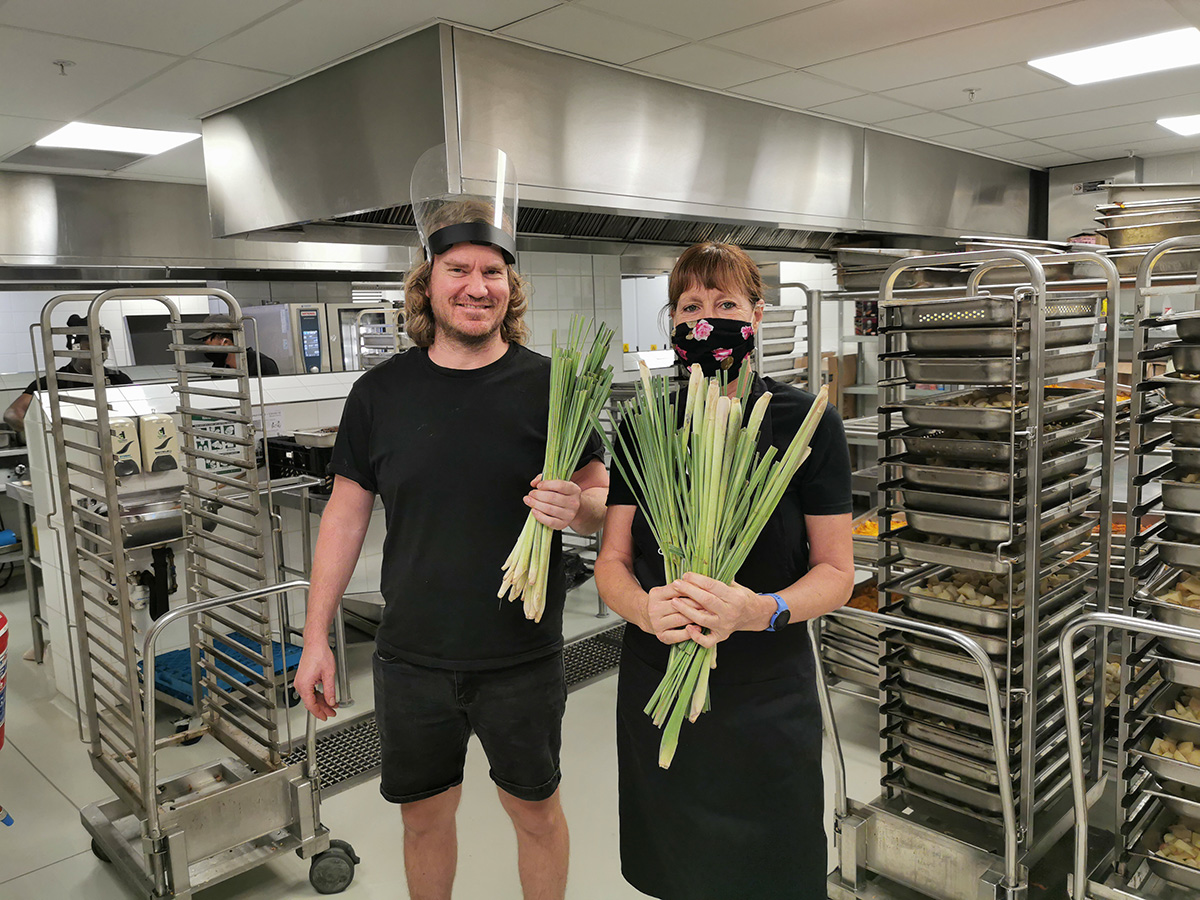 More chefs and volunteers got on board to help out – chef Guy Bennett from Gorgeous George, Chris Mare from The One&Only Hotel, the team from catering company Dish Food and Social, and Julia Hattingh of Reverie Social Table, among others. Eventually, they were producing up to 7 000 meals a day.

“We would literally cook over a ton of food per day,” says Liezl. “We just walked around in a daze,” says Margolite Williams, a Ladles of Love volunteer who’s been working with the NPO for the past three years. “We cannot believe how this baby has grown.” Other Cape restaurants began helping in their own kitchens.

Jason Bakery began providing sourdough for the project, and Tjing Tjing, Den Anker, The Peninsula Hotel and Beerhouse also opened up their kitchens to contribute. “We follow Ladles of Love and Arno and Liezl on Instagram,” says Rejeanne Vlietman, general manager of Den Anker. 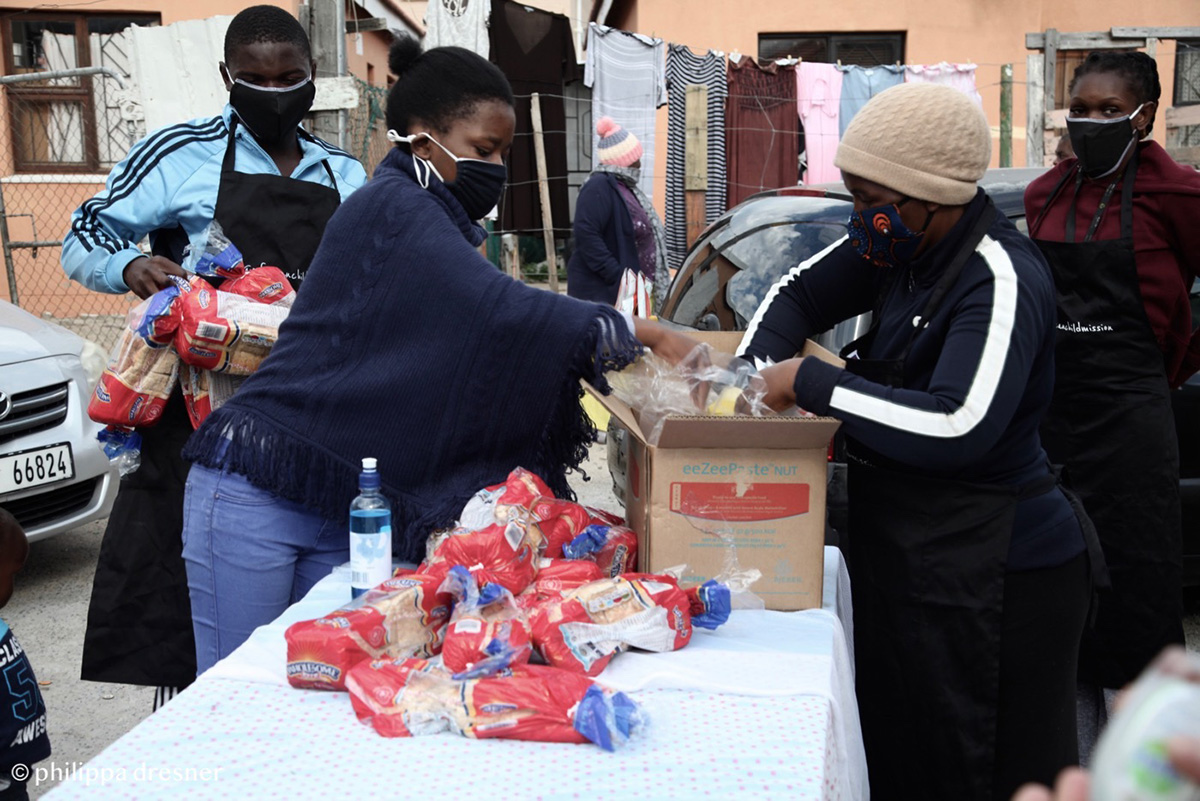 “When we saw that the volume of people who needed food had skyrocketed, I asked if we could support them in any way.” The Den Anker team was soon managing one of the beneficiaries – The Hebron Project in Masiphumelele – alone. Now that they’re reopening, they have partnered with other restaurants at the V&A Waterfront to share the load, and the Waterfront itself is supporting the initiative.

“There’s nothing more rewarding than someone coming to collect 100 litres of soup, and just seeing how grateful they are,” says Rejeanne. “I’ve now got a vision to create better networks and help with these issues in the long term.” In addition to the restaurant contributions, Capetonians began making sandwiches at home and dropping them at depots for distribution.

But the need to feed even more people was pressing, and while making finished meals was a good solution for those who live without any cooking facilities, it was difficult to scale any further. Fortunately, a large donation made it possible for Ladles of Love to donate equipment to several communities to begin providing meals themselves.

A huge distribution centre was set up at GrandWest Casino to supply dry goods to these communities. Meanwhile, one of the volunteers, Andrea Foulkes of catering company Dish, took on the cooking in her catering kitchen. “It just made more sense to do it in our kitchens,” says Andrea. 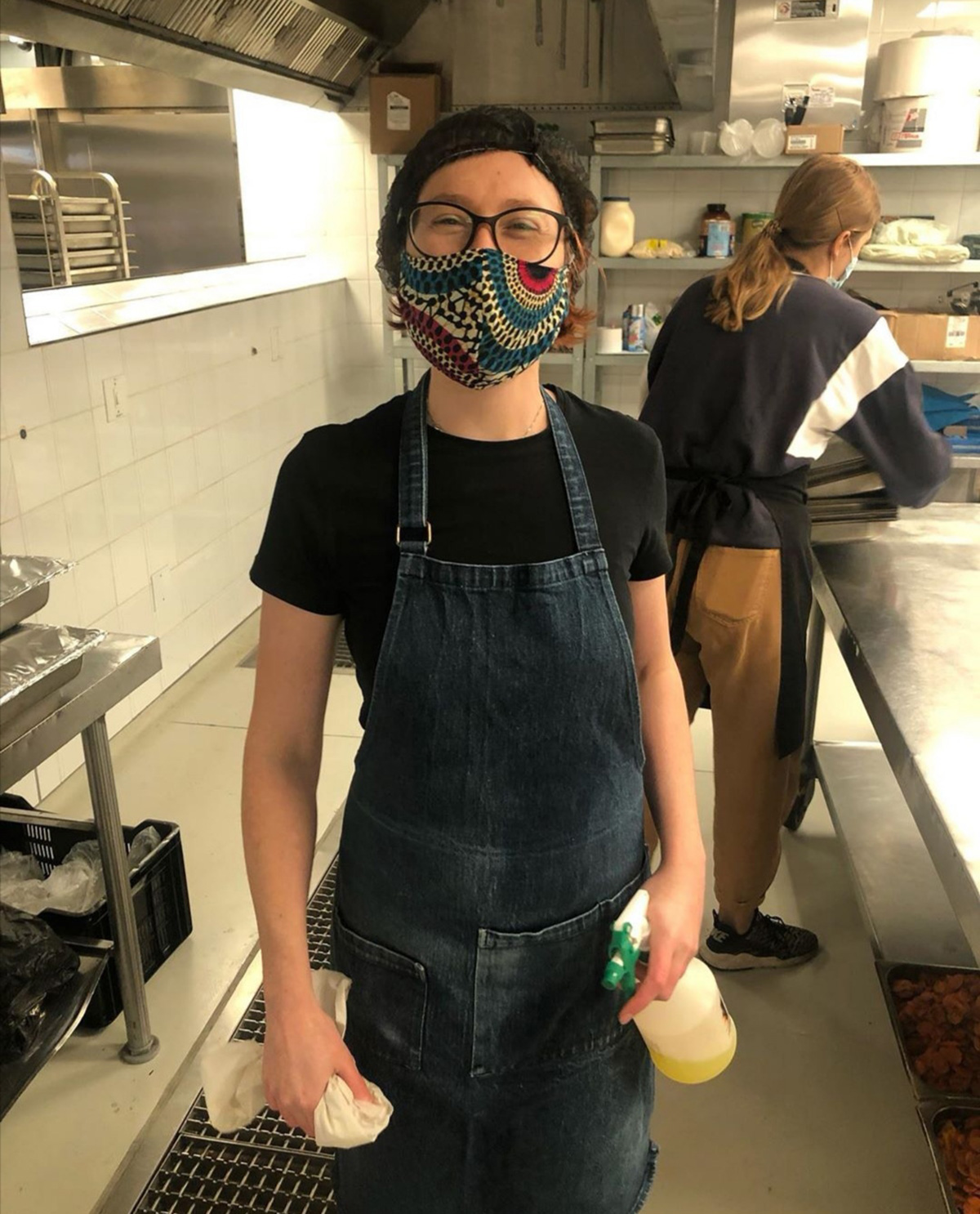 When lockdown hit, all her big catering jobs were cancelled, so she pivoted to offering home deliveries and also took the opportunity to volunteer with Ladles of Love. “It’s a privilege to be able to do it. There’s a huge gift that you receive by volunteering,” says Andrea. Now, she and her team produce around 2 800 meals per day. From the beginning of lockdown to 4 July, Ladles of Love has served over three million meals. It’s an incredible undertaking, but only goes so far towards satisfying the need.

“We get 10 calls a day from organisations and communities asking for our help, but we just can’t feed everyone. It is heart-rending,” says Margolite. Andrea echoes her concerns. “Fewer and fewer people have jobs. We have people coming to pick up 400 meals who could be picking up 800.” So Ladles of Love has a new goal: to feed a million people every month.

Here’s how you can help

Help make sandwiches at one of the facilities, be a runner at the GrandWest distribution centre, packing and sorting, driving, kitchen assistance and a host of other jobs. Visit ladleso ove.org.za to help.

If you’re in the Western Cape, you can help by making sandwiches at home and dropping them at one of the collection depots. Visit ladlesoflove.org.za to sign up and find your nearest depot. 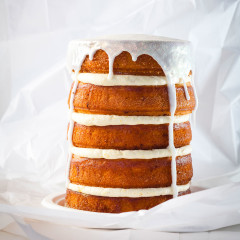 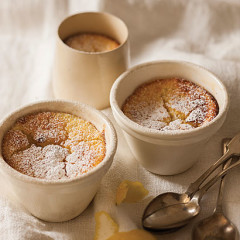 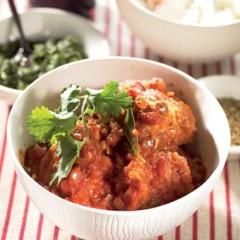 Coat the fish with the curry p…

This proudly South African recipe is one of the mo

What fish is best to braai?