The best yoghurt for these recipes is ideally full cream and plain. Low-fat yoghurts aren’t as stable to cook with and, obviously, flavoured yoghurt would just be weird used in most savoury settings.

Whether it’s for an accompaniment to a packet of crisps for yourself, or something to bring out when you’ve got some friends over for drinks, yoghurt makes the best base for a quick dip. You could use it in place of any recipe that calls for sour cream – yoghurt will bring all the same tang, but won’t feel quite as heavy. While a (very) generous squeeze of sriracha, along with some salt and lemon juice, will transform yoghurt into the ultimate spicy dip, we’re also fans of leaning into the sour cream-and-onion category. Follow the instructions for the dip served alongside these blooming onions (replacing the buttermilk entirely with all yoghurt – just remember to up the acidity with a good addition of lemon juice). My current favourite dip involves whipped feta (do this in the food processor), finely chopped herbs and lemon zest, all stirred into double-thick yoghurt and topped with a drizzle of olive oil.

Get the recipe for blooming spiced onion with spring onion-and-chive yoghurt dip.

Yoghurt for marinades is hardly ground-breaking, but especially when used for chicken, it can turn a run-of-the-mill recipe into something extraordinary. We know that yoghurt has a tenderising quality, but it also helps to impart masses of flavour into whatever you’re marinating, while also helping to keep the meat juicy. Siba’s recipe below demonstrates a basic marinade, but there’s no limit to what you can add to yoghurt. Blend up any herbs you’ve got lying around or even stir some chilli paste through it – all the flavours will work their way into meat with the help of yoghurt.

Get the recipe for Siba’s butter chicken traybake here.

We already know to substitute yoghurt for sour cream or mayonnaise in some recipes, but it’s worth delving into just how great yoghurt is as a dressing all on its own. Blended with tahini, freshened up with lemon juice, or even combined with herbs into something of a green goddess, there are few salads that wouldn’t shine with this dressing.

Get the recipe for green goddess-style yoghurt dressing here.

This might seem like a no-brainer but this is a quick reminder that yoghurt is an excellent final flourish to add to soups, curries, stews or even cakes. I’ve even been known to blob seasoned yoghurt on top of a baked potato, in place of sour cream and it’s worked very well. Yoghurt will add tanginess and creaminess to a dish, without completely overpowering it, making it a perfect accompaniment for most things. 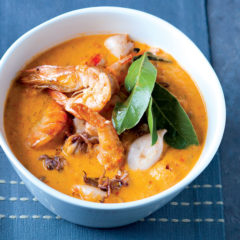 Place a saucepan over a medium… 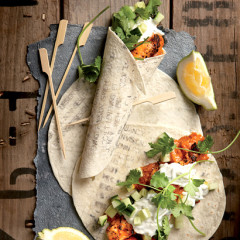 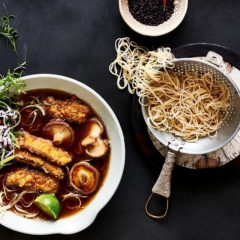 Mix the eggs, ginger and salt.…

Want to try something deliciously different for Su

Looking for more exciting fish recipes to add to y

Whether you’re trying to sidestep the lactose or

Are you in the mood for a deliciously different mi

Do you want to add more seafood to your weekly mea

Full video and recipe dropping Sunday at 10am.

What is your favourite seafood item to have in your home?