Are you ready to learn how to make home-made yoghurt? Excellent! Simply follow the easy steps below to start your own culture club.

Remember to save ½ cup of your home-made yoghurt to use to culture your next batch. If after a few batches it starts to taste a bit strange or you notice that it’s not culturing quite as quickly, another unwelcome bacteria may have appeared in your yoghurt, or the strain is becoming weak. As long as the latest batch still tastes okay you can eat it, but go back to using commercially made yoghurt in your next batch.

How to make home-made yoghurt: the benefits

You’ll have seen the word “probiotics” on yoghurt packaging, which refers to the beneficial bacteria that are used to ferment milk to make yoghurt.

Your gut already has thousands of types of bacteria, which aid digestion. The good bacteria stave off disease-causing bacteria and those present in yoghurt and other fermented foods help to maintain this delicate balance. The bacteria used to make yoghurt are most commonly Streptococcus thermophilus and Lactobacillus bulgaricus. They feed off the lactose (sugar) in milk and release lactic acid, which gives yoghurt its characteristic tang.

You’ll find yoghurt in many different guises around the world – and it’s not just eaten with granola.

Greek-style (or strained) yoghurt has been strained to remove the whey, resulting in a thicker consistency with a distinctive sour taste. It has a high fat content and is often used in cooking as it can withstand higher temperatures without curdling. It’s also delicious drizzled with honey, or with Hannah’s potato skins and blistered tomatoes.

Hangop (literally “hang up”) is a Dutch strained yoghurt eaten as a dessert. It can also be made with buttermilk.

Labneh is slightly thicker than strained yoghurt and is usually eaten like hummus, spread on a plate and drizzled with olive oil. It’s also often paired as a dip with za’atar. It can also be dried and shaped into balls, rolled in herbs and stored in olive oil. Labneh
becomes more sour as it ages. Here’s a little inside info: you’ll find it in the fridge at Woolies, too. Try it in this baked shakshuka with home-made labneh. 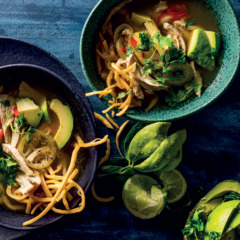 Our favourite ways to eat avos in winter

Let’s be honest, avos are pe… 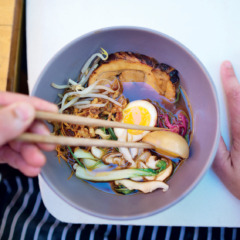 Expert tips for making the best ramen at home

In the depths of winter, is th… 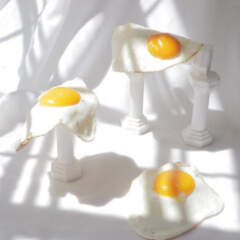 Honouring women in food: All the 2020 FOOD XX Award winners 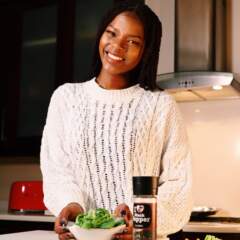 Aziwe Booi on breaking the mould for dieticians 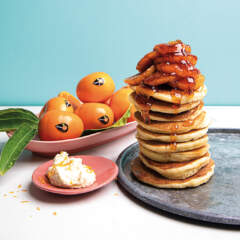 3 ClemenGold breakfasts for every occasion

Get your day off to a zesty st… 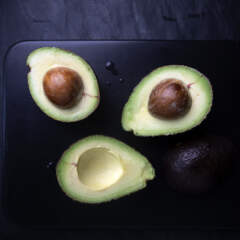 2 of the best ways to use avos

Winter isn't all bad, because …

Shake up your fish supper with Hannah Lewry's game